Op-Ed: As a Naturalized Citizen, Voting is an Earned Right for Me 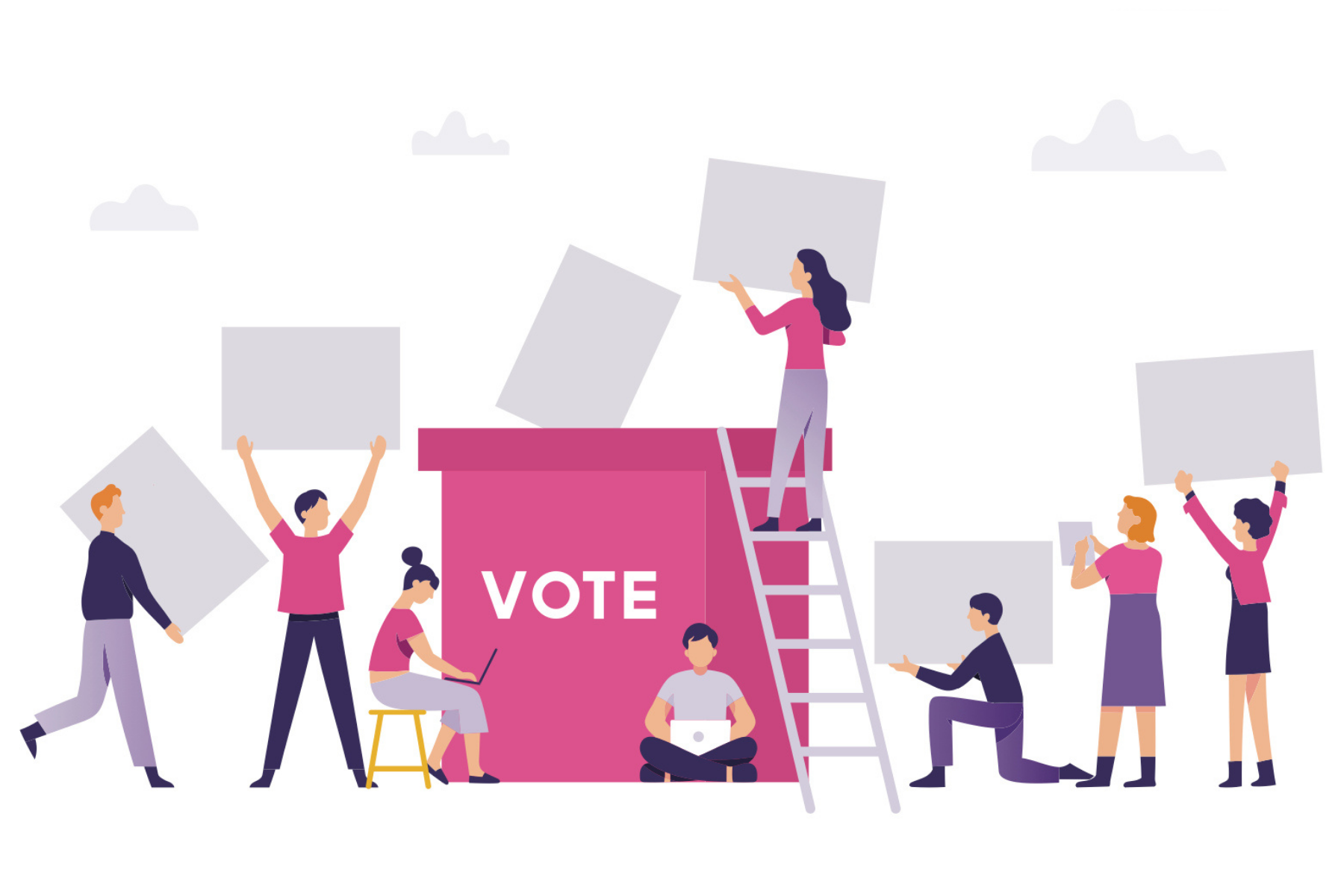 When I was in third grade, my teacher held a mock election based on a Fall 2000 issue of Junior Scholastic about the upcoming presidential election. The candidates were George W. Bush and Albert Arnold Gore Jr., better known as Al Gore. The magazine included simplified descriptions of key policy platforms for each presidential hopeful, as well as some more trivial associations like party mascot, to help us in our decision making.

Despite my preference for elephants over donkeys, I proudly declared my support for Al Gore, having determined that his positions sounded more appealing to me. As I grew older, my interest in U.S. government and politics was bolstered, eventually motivating my career path in health policy. Looking back, in many ways, my penchant for civic engagement was shaped by my family’s immigration story.

My family permanently moved to California when I was four years old, and like many immigrant children, I always felt inherently American — despite being told I could not “officially” call myself one. When my non-immigrant friends would tell stories of their parents, grandparents, or great-grandparents, immigrating here from other countries and establishing their families for generations to come, I would imagine my grandchildren telling the story of me and my parents’ journey to the U.S.

[Read Related: Women from ‘South Asians for Biden’ Share How You Can Get Involved this Election Year]

My entire childhood was defined by the delicate dance of citizenship politics: applying and waiting for a green card, planning trips to India carefully to not break eligibility, applying for citizenship, and subsequently helping my parents study for their naturalization interviews. When my dad was granted citizenship in 2006, more than a decade after we first came to this country, I became a U.S. citizen too. And, four years later, when I turned 18, I was required to take an oath of allegiance to the U.S. in a formal ceremony at the San Jose United States Citizenship and Immigration Services (USCIS) Field Office. It felt silly – I grew up reciting the Pledge of Allegiance daily and no other country was home. So where else would my allegiance lie?

But in many ways, this experience, spending years contributing to and living within the U.S. but having no electing power, fueled both mine and my family’s eagerness to vote. Witnessing the lengthy process of securing the privileges afforded to my peers at birth drove me to want to take full advantage of those rights. My family’s story is by no means unique, and in many ways, our path to citizenship was more straightforward than most.

This year, naturalized citizens, like me, make up one in 10 US eligible voters ahead of the election, finally giving voice to long-time participants of American society. Too often, it can feel like voting does not make a difference, especially for many South Asians who may not have traditionally participated in elections. But over the last few years, Asian Americans became the fastest-growing ethnic group in the U.S. electorate. In particular, Indians, Pakistanis, Bangladeshis, and Sri Lankans together make up a mighty 20 percent of the US Asian electorate. Our power to influence the outcome of elections has never been more pronounced.

[Read Related: Women are Rising in Politics — So Why Don’t More Brown Girls Run for Office?]

In the 2018 midterm elections, voter turnout among Asian Indians was at a record high, with 47 percent of eligible Asian Indian voters casting their ballots. High voter turnout was vital in flipping the House in 2018 and will be especially critical in 2020, given that many Asian Americans live in key swing districts including Texas and California. A survey conducted in 2018 on Asian American and Pacific Islander voting habits found that 66 percent of Asian Indians disapproved of Donald Trump. Likewise, Indian Americans were overwhelmingly found to vote in favor of the Democratic Party. Our representation at the ballot boxes this November is desperately needed.

The stakes for South Asians in the election are higher than ever. The Trump Administration is making it more difficult for immigrants to become naturalized citizens, and even suspending the immigration channels that brought so many of us to this country in the first place. The administration’s hostile anti-Muslim policies and stances further stoke division, alienating huge portions of the South Asian community.

Aside from targeted attacks on our community specifically, the current administration poses an existential threat to the future of the United States overall. In light of the novel coronavirus pandemic, the administration has failed monstrously to implement a national strategy for containing the virus and revitalizing our economy. Furthermore, another Trump term would irreversibly accelerate the already devastating climate crisis, leading to more extreme weather events and severely endangering our livelihoods. For so many of us, the ‘American Dream’ that inspired our families to leave their homes for a better future now seems desolate and out of reach.

Voting is a form of collective action – it forces those we elect to pay attention to our communities and the issues that affect us.

In 2008, my parents cast their ballots for the first time to elect Barack Obama. Two years later, I voted for the first time in the 2010 midterm elections. Since then, I have voted in every election, locally and nationally, each time I proudly displaying my “I Voted” sticker as a symbol of my earned American right.

Vaishnavi Vaidya is a Bay Area native and current Philadelphia resident. She earned her BS from the University of California, Santa Barbara and Master’s in Public Health in Health Policy and Management from Drexel University. Her current work is focused on achieving health equity through urban policy and systems change. In her free time, Vaishnavi loves to bake, go on hikes, and spend countless hours staying up to date on the latest in pop culture.

From a Brown Girl WFH: 10 Ways to Masterfully get the job Done During the Coronavirus Outbreak

The Politics of Hair Removal for South Asian Women