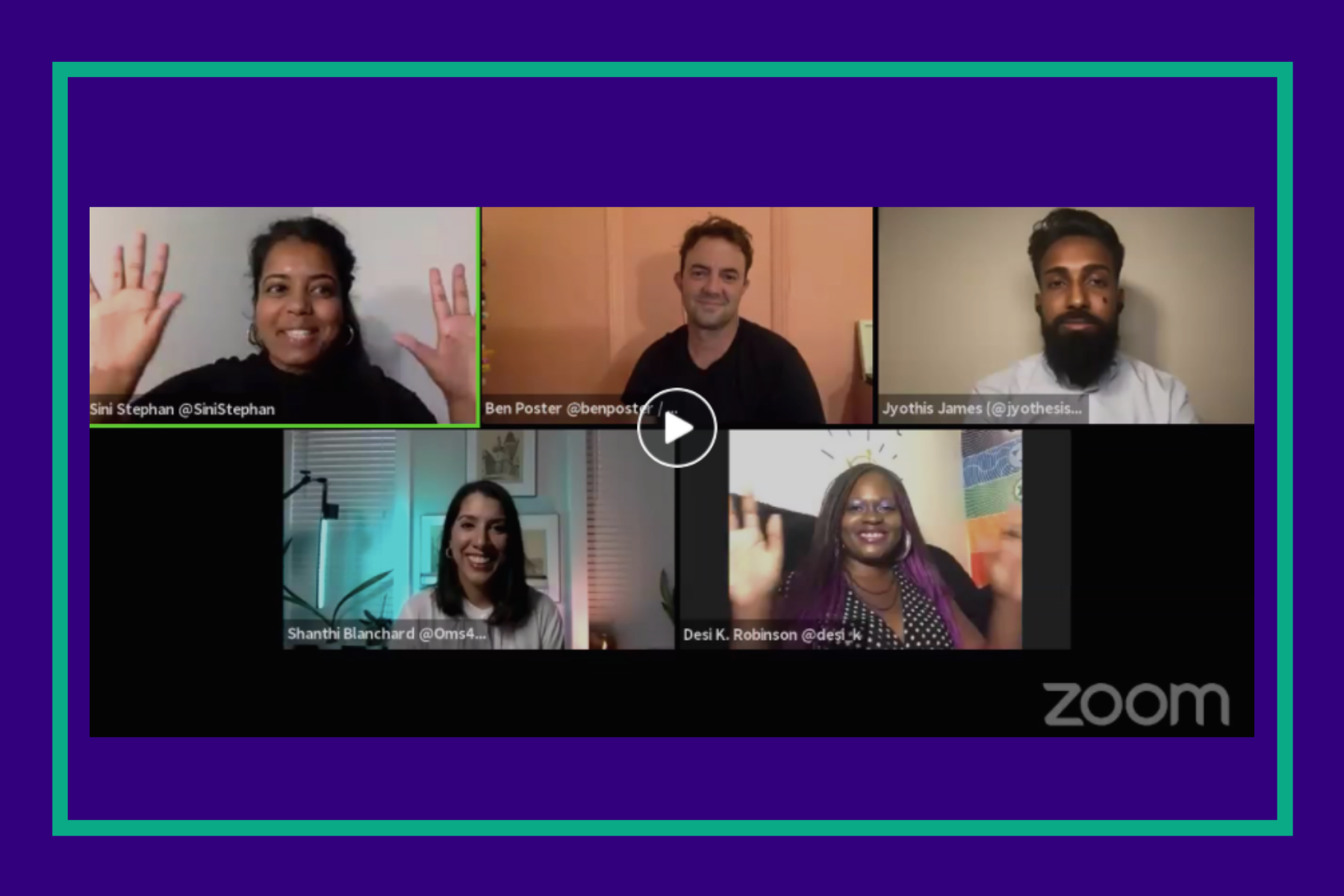 Radical responsibility is hard. And the reason it’s hard is that you often have to admit it when you’re wrong. This is a piece of my story as my journey as an actor intersected with my journey to becoming an antiracist.

In 2020, as the Black Lives Matter movement came alive across the globe, my Instagram post and video for Malayalees for Black Lives went viral.

Within 12 hours of my post blowing up, I was confronted by a few comments on the post that referenced a Subway commercial I did a year ago. The comments indicated that I was hypocritical for posting a BLM support video when I appropriated Black culture in the referenced Subway commercial. I didn’t disagree. I responded that I was in fact complicit in anti-Blackness for participating in the Subway ad.

While the comments section turned into a slew of back-and-forth interactions, I decided the best way to confront this scenario was to own up to this complicity and discuss this matter in a larger conversation. Malayalees for Black Lives Matter (MBLM) — in partnership with Brown Girl Magazine and Spinter.io — dissected this issue in a panel discussion entitled: Racism in Entertainment: Race Bending & Cultural Appropriation.

Posted by Malayalees for Black Lives Matter on Wednesday, September 9, 2020

The intention of our conversation was to examine two concerns:

A number of things occurred as the Subway ad came into production. I didn’t quite realize what was happening until I arrived on production day. Everything from styling me in hip-hop-esque clothing and the use of “assumed” African-American Vernacular English (AAVE) in the script was being written on set. By the time I realized my phenotype as a “darker-skinned” South Indian woman was being used to pass or racebend to the market of what the industry would call “urban” demographics, it was too late. I had signed my contract, and here I was spitting janky AAVE lines written for me on set by white male writers.

Robinson put it beautifully during the discussion when she stated that white supremacist, patriarchal and capitalistic structures do not allow Black people and People of Color their “full arch of existence.” The Subway ad not only demonstrated the caricaturization of Black culture through a white lens, but it also contributed to the “degradation of erasure” of my identity as a South Indian woman and the erasing of her own self as a Black woman.

Robinson states that our journey to becoming an antiracist requires accountability and sacrifice. It requires a reckoning within us to commit ourselves to the daily practice of being antiracist. Could I have walked off the set and broke my contract once I realized the truth of what was happening? Certainly. However, that would have asked me to abandon a career “opportunity” and check my coin. Are these sacrifices ones I am willing to make?

Robinson and Haynes both also stated that the infrastructure of the industry does not have enough POC in the room in decision-making roles to honor both Black and Brown identities. As Desi put it, however, “not all skin-folx are kin-folx” and those POC in the room with decision-making power also must be folx with inclusive, woke, and intersectional mindsets.

Haynes also suggested that entertainment institutions should have a “quality control checkpoint” built into their infrastructure where content is vetted as a best practice before it hits the consumer. The fact that these departments or safe workspaces do not exist is the reason we see a continued push from mainstream media that perpetuates anti-Blackness. To this point, Blanchard echoed Haynes’s sentiments that oftentimes POC are hired conditionally and their positions in the workplace are not always guaranteed.

Robinson revealed that one way to counteract this is to hold media agencies accountable for their actions by turning to organizations like Color of Change, the nation’s largest online racial justice institution. Their mission statement, “we move decision-makers in corporations and government to create a more human and less hostile world for Black people in America”, is a way we can combat racism and anti-Blackness. However, the entertainment industry is a much larger machine that requires the concerted effort of individuals to consistently “call racism out” in the workplace.

While we are lightyears away from seeing a more equitable world, what I’ve learned in my journey is that antiracism is like a muscle. You must exercise it for it to become strong or it will remain weak. In practicing this, I hope that I continue to find ways to take on radical responsibility and radical ownership of my complicity in anti-Blackness and in doing this, build a more antiracist world.

A post shared by Malayalees for BLM (@malayaleesforblacklivesmatter) on Jul 15, 2020 at 10:22am PDT

SINI is an educator, actor, and activist based in her native City of New York. For three years, she served as Program Manager of NYC GREAT! (Girls Reaching Every Apex Together), an NYC Department of Education leadership initiative supporting over 100 young women of color in graduating high school and entering highly selective colleges. Sini transitioned from this role to pursue acting and went on to star in a national web-based commercial for Subway. Much of her work both creatively and professionally takes root in her values surrounding racial and social justice. Sini has been a panelist for The Grapevine TV, is an alumna of the Indicorps Fellowship Program and is a contributing writer for Brown Girl Magazine.