Op-Ed: The First Presidential Debate was a Dividing Disgrace 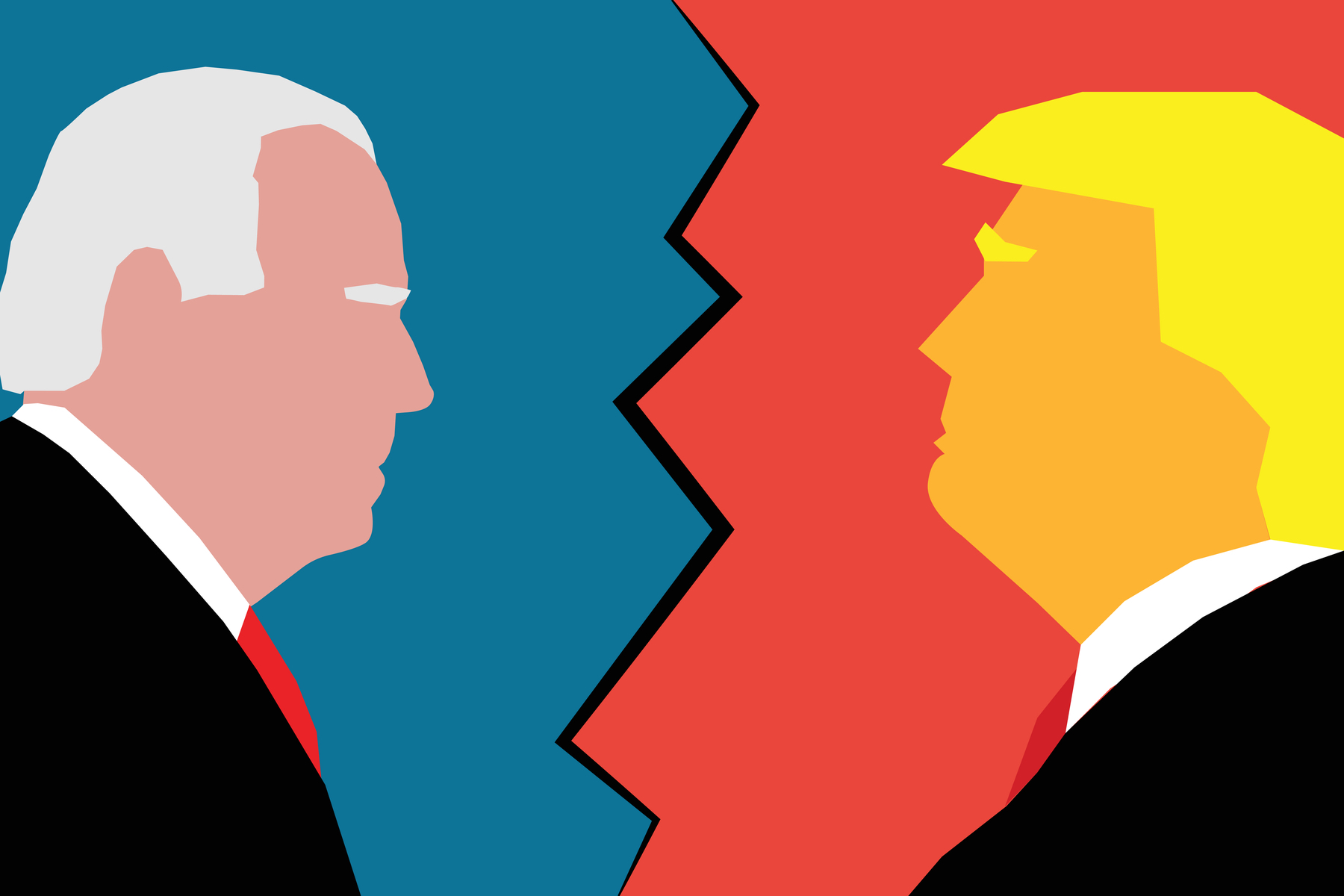 On Sept. 29, incumbent President Trump and former Vice President Joe Biden went head-to-head in Cleveland, Ohio in the first of three presidential debates to help the American people decide whom to support in the 2020 election. The topics that were addressed during the debate included race, economics, confirmation of Judge Amy Coney Barrett as Supreme Court Justice, climate change, healthcare, police brutality, white supremacy and the COVID-19 pandemic. Fox News’ Chris Wallace, the moderator of the debate, received much sympathy across social media and from the living rooms of millions of Americans who watched the “conversation” between Trump and Biden. While Wallace attempted to maintain decorum, he could not stop the candidates from exchanging verbal bullets with regard to personal and professional experiences. It’s obvious that implementing stronger moderation strategies for the next debate is required to prevent another 90 minutes of chaos.

The heated debate quickly turned into a frenzy of interruptions, mostly by Trump, and involved his avoidance of answering major questions, such as whether and when he will produce his tax returns and his inability to condemn white supremacist groups. Trump’s evasive answers were countered by Biden’s repeated affirmation of Trump’s deceitful behavior and actions and his complete inability to demonstrate consideration for all citizens of the United States. Biden’s references were, of course, followed up with remarks from Trump, who utilized racist language and recklessly attacked his counterpart with personal jabs regarding Biden’s sons. Social media cheered Biden on, who at one point exclaimed, “Will you just shut up man?” But this was just not possible for Trump.

There was literally an interruption for every minute of the debate last night — even if you define “interruption” narrowly.

Trump was responsible for 71 of them. Biden: 22.https://t.co/BthUB1rvNl

Thanks, I’m fine. But everyone better vote. https://t.co/fkuQ042HvM

The question of who won yesterday’s debate may be met with confusion. While many may agree that both candidates lost the debate, others may be utterly confused trying to figure out what they witnessed. Wallace asked questions of significant importance (on climate change, Judge Barrett’s confirmation, the candidates’ tax plans, etc.), but did we really receive a clear answer from either candidate? What was meant to be an insightful conversation to inform constituents of the candidates’ plans and policies for the next four years became comical theater, offering a humorous yet difficult to watch performance. The political showcase was a demonstration of the white ivory tower that continues to grow and exist in our society and in higher-up institutions and agencies.

Trump yet again did not take responsibility for his administration not providing an equitable and just response to the current chaos our country is facing. Biden repeatedly referenced his counterpart’s deceitful behavior and actions and the number of lies told. The overall professionalism of the debate was questionable — from Trump’s record-breaking number of interruptions of any candidate during a presidential debate, to Biden’s chuckles and body language that clearly stated “GTFO” to Trump. The attempts of having a civil debate were much like the “Law and Order” both candidates were referring to: non-existent. As Biden said while explaining his thoughts on Trump’s maleficence during the peaceful protest in front of the White House in response to George Floyd’s murder, I believe this first presidential debate was a “disgrace” and a “division.”

The opinions expressed by the writer of this piece, and those providing comments thereon (collectively, the “Writers”), are theirs alone and do not necessarily reflect the opinions of Brown Girl Magazine, Inc., or any of its employees, directors, officers, affiliates, or assigns (collectively, “BGM”). BGM is not responsible for the accuracy of any of the information supplied by the Writers. It is not the intention of Brown Girl Magazine to malign any religion, ethnic group, club, organization, company, or individual. If you have a complaint about this content, please email us at [email protected].

Born in Round Lake, IL, Asha went to the University of Illinois at Chicago and lived in Chicago for 4 years before moving back to the suburbs pre-COVID. Asha offers a unique background of narratives related to the Indian-American experience. Brown Girl is her first editorial experience outside writing and publishing research. Asha is currently doing her Masters of Occupational Therapy (OT) and OTD at UIC while working as a graduate research assistant and teaching assistant in the Department of Disability and Human Development.

Breaking Down Biden’s Stance on Immigration and Racial Equity