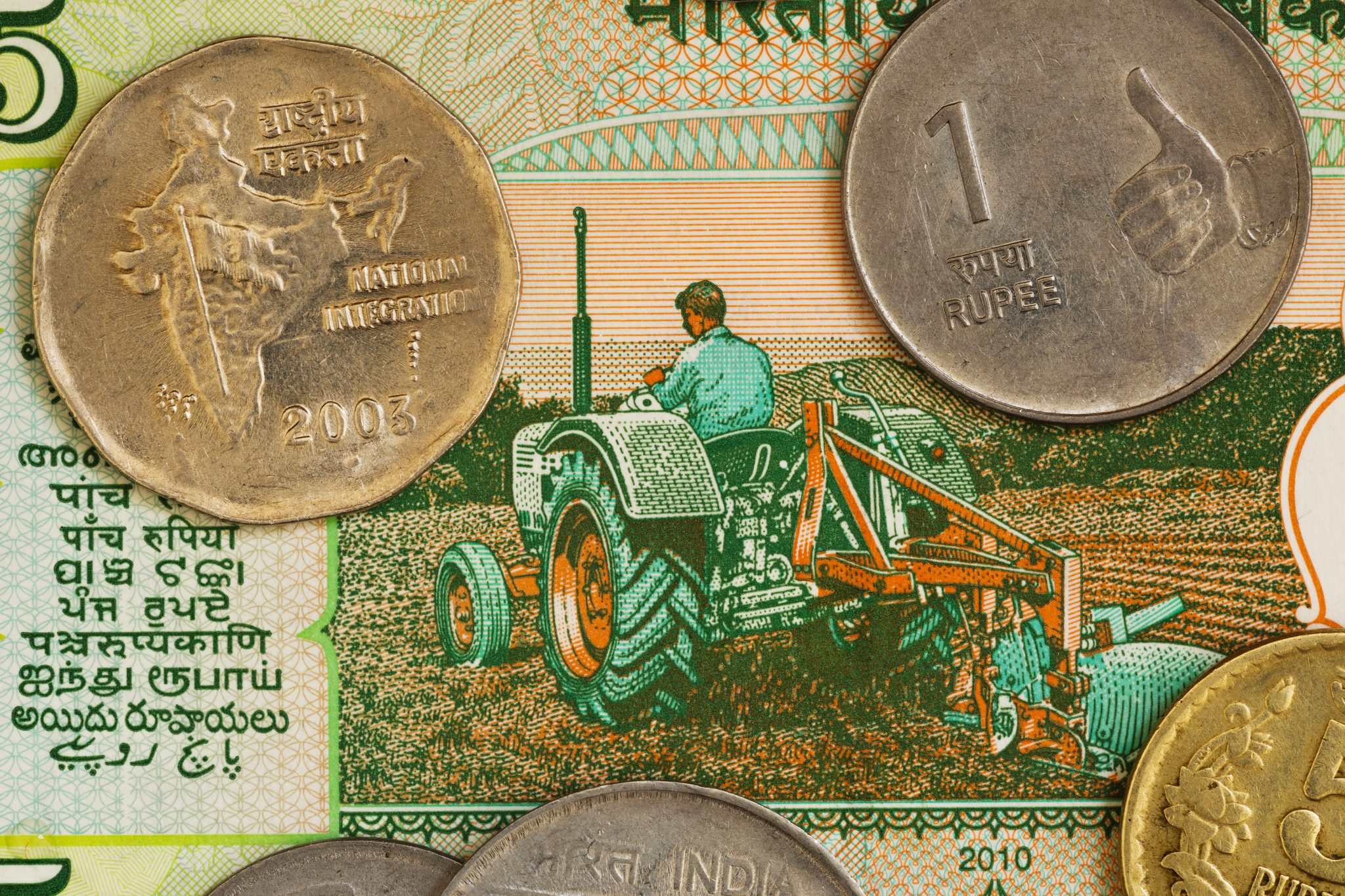 In the midst of the Black Lives Matter movement, it’s easy to continue seeing the United States of America as just Black and white. Here’s why it’s important for South Asians in the U.S. to become good stewards of their own unique history in this historic moment.

Mia Warren says this to co-protagonist Elena Richardson about halfway through the Hulu series “Little Fires Everywhere.” Although this story was set in the 1990s and this line is directed at a white woman, I think this quote can be applied to the vast majority of South-Asian Americans today. The reason it’s applicable may not be clear to some people. Similarly, it may not be immediately apparent what role the South-Asian community should play in the Black Lives Matter movement. From my perspective, the answer to both questions lies in our community learning and acknowledging its collective history.

We have an obligation to understand how the intersection of politics, culture and foreign affairs brought millions of South Asians to towns across America in the late-1900s, and how those decisions continue to reverberate through our lives today, from the career paths we gravitate towards, to the way society perceives our community as a whole. The obligation is not just to ourselves, for posterity, but also for society at large; South- and East-Asians have long been praised as “model minorities” in the United States, to the detriment of other minority communities.

[Read Related: Exploring the Dichotomy of Generational Privilege and ‘Finding Ourselves’]

Over time, the perpetuation of our “positive” stereotype has deepened the divide between white and Black communities, and tensions reached an all-time high this summer. As has been noted extensively in the last few weeks, the Civil Rights Movements led by African-American activists in the 1960s paved the way for the U.S. to change immigration policies and open its borders to millions of Indian immigrants. The fact is that a vast majority of us owe our presence and relative privilege in America to the Black community. I think it’s finally time we return the favor, and the first step to doing so is knowing our history.

I’m a little ashamed to admit that I didn’t hear the phrase “U.S. Immigration and Nationality Act of 1965” and understand how it applied to my life until 2015 when I was 24 years old. I was browsing through a library in my former D.C. office and came across a red and yellow spine with the title “American Karma: Race, Culture, and Identity in the Indian Diaspora” by Sunil Bhatia. My initial motivations for reading this book were selfish: I wanted to learn more about my parents’ history in order to gather more details about my own life trajectory and to better understand my place in the world.

Bhatia tells a compelling story of the successes and challenges of Indian families claiming space for themselves in American society through the early 2000s. In between the academic descriptions of migration patterns, racial dynamics and social and cultural norms, the parts of this book that moved me the most were excerpts from interviews Bhatia conducted with Indian immigrants and their first-generation American children. The parents talked about their own success in terms of their children’s educational and professional success, and the children discussed the difficulties in balancing their own desires with parents’ expectations, which was all very relatable for me.

A few years later, in 2017, another book continued the story of the diaspora: “The Other One Percent: Indians in America” by Sanjoy Chakravorty, Devesh Kapur and Nirvikar Singh. Here, numerous studies explore the reasons why Indian-Americans have become the most educated and the highest income group in the U.S. “in little more than a single generation.” Unlike Bhatia, these authors moved away from a discourse on race and culture and instead focused on the selection of and assimilation by Indian immigrants. Specifically, they found that Indian-born U.S. immigrants had higher levels of education, skills and family wealth than immigrants from any other country. These, they argue, combined with a cultural emphasis on marriage and family cohesion insulated Indian-Americans “from the structural inequalities of American society.” Despite this book’s more specific focus on reasons for our success, I still found myself most deeply moved by the personal narratives, specific stories of individuals who looked like me, navigating their way through society.

[Read Related: Struggling to Communicate With my Indian Mother in her Language? So am I as her Daughter!]

I wish I could say that the things I learned from these books spurred me to action. I wish that I had truly, deeply understood what these studies and stories were telling me—that much of my success, and the success of my fellow South Asian Americans, was due to forces beyond my control—and used that to educate my community at large about its privilege but I didn’t. As before, I tucked away from the information for personal use, satisfied with a few more data points in the graph of my own life. I continued to live in my own privileged bubble for the next few years, passively supporting movements like Black Lives Matter by posting on social media and privately ridiculing those who didn’t understand why Colin Kaepernick was kneeling. In 2020, however, we have all had to actively take sides.

As part of its guide to South-Asian allyship, Brown Girl Magazine recommended that readers engage with various books, TV shows, movies, podcasts and music, including “The Karma of Brown Folk” by Vijay Prashad. This book was published in 2000, before both of the previously mentioned books, and it is far more explicit in identifying how the success of our community is “used as a weapon in the war against black America.” Prashad argues that desis have long been characterized as “good immigrants,” and that perhaps because of our community’s experience with white supremacy throughout the 1990s, there was a strong desire to create a separation from the Black community and more broadly from active political struggles. The intention may have been to lessen the scrutiny on our own community, but an unintended consequence was the perpetuation of the myth of the inferiority of African-Americans. As migrants, we decided to adopt a stereotype “rather than [take] a compassionate look at the enduring forms of racism.” I was finally beginning to understand how truly intertwined the stories of our communities are.

I then decided to re-read the other books with a new lens, looking less for personal validation and more for evidence of systemic privilege. Bhatia discovered that unlike previous immigrants, “Indian [post-1965] migrant students were going straight into the safety of the university culture, which gave them some protection and insulation from the harsh realities of being a foreigner in American culture.” The “Other One Percent” authors also argue that legal Indian immigrants had to be “triply selected” first with access to higher education in India from high socioeconomic status, then by having the resources to become eligible for immigration, and finally by a U.S. immigration system in search of people who matched the specific needs of the labor market. They are explicit in their belief that our community’s “success arose not from some imprecise ‘psychological’ characteristics, but from the fact that they were selected to succeed.” These are just a few of numerous examples of how our “hard work” has more accurately been a combination of some hard work and lots of opportunities.

[Read Related: Op-Ed: our History of Anti-Blackness and how we Must Guard Against it]

Once we acknowledge and own up to our privileged history, only then do we recognize that we have been subject to the same societal constructs for the last 70 years that Black people have been subject to for more than 400 years. The difference is that we have been given the benefit of the doubt: we have been allowed to amass our own wealth, our bodies have not been brutally policed and we are inundated with praise of our hard work as if achieving academic success in a stable two-parent household is really harder than working after-school jobs to keep food on the table for your family.

I want to acknowledge that my experience as the American-born child of an Indian immigrant is not universal. Growing up in a small town meant that only one of my parents had to work full-time in order to provide a stable lifestyle. I also didn’t work in high school beyond two summers as a lifeguard. I have Indian friends whose parents own a motel, and I have Indian friends whose parents are doctors. I know that in the diaspora as large as ours, the risk of generalizing is pretty high. I also recognize that in a time of unprecedented economic and public health stress, reading dissertations and other academic studies in one’s free time is not the most fun way to unwind. However, to ignore the privilege that the color of our skin provides us in the U.S. today is to continue to perpetuate myths and stereotypes that harm our fellow Americans.

Most of us had good choices provided to us at a young age, good options that all led to good outcomes, gifted to us by forces beyond our control. We can choose to ignore our luck, or we can embrace our history and use our platform to amplify the voices of those who have been left behind. As author Ijeoma Oluo writes in her book “So You Want to Talk About Race”: “When we identify where our privilege intersects with somebody else’s oppression, we’ll find our opportunities to make real change.” Moving forward, I will try to remind myself every day of my luck, my privilege, and my good karma, and use my voice to advocate for others; I hope I won’t be alone.

Arushi Kumar is a first generation Indian-American and recent transplant to the Pacific Northwest. While she misses parts of the east coast (not the humidity), she’s embracing a new life of flannel, hiking, and great coffee. She’s also teaching her mom to FaceTime so she can finally learn how to cook proper biryani.

‘Lion’ Is A Slightly Uneven, Incredibly Moving Piece of Cinema