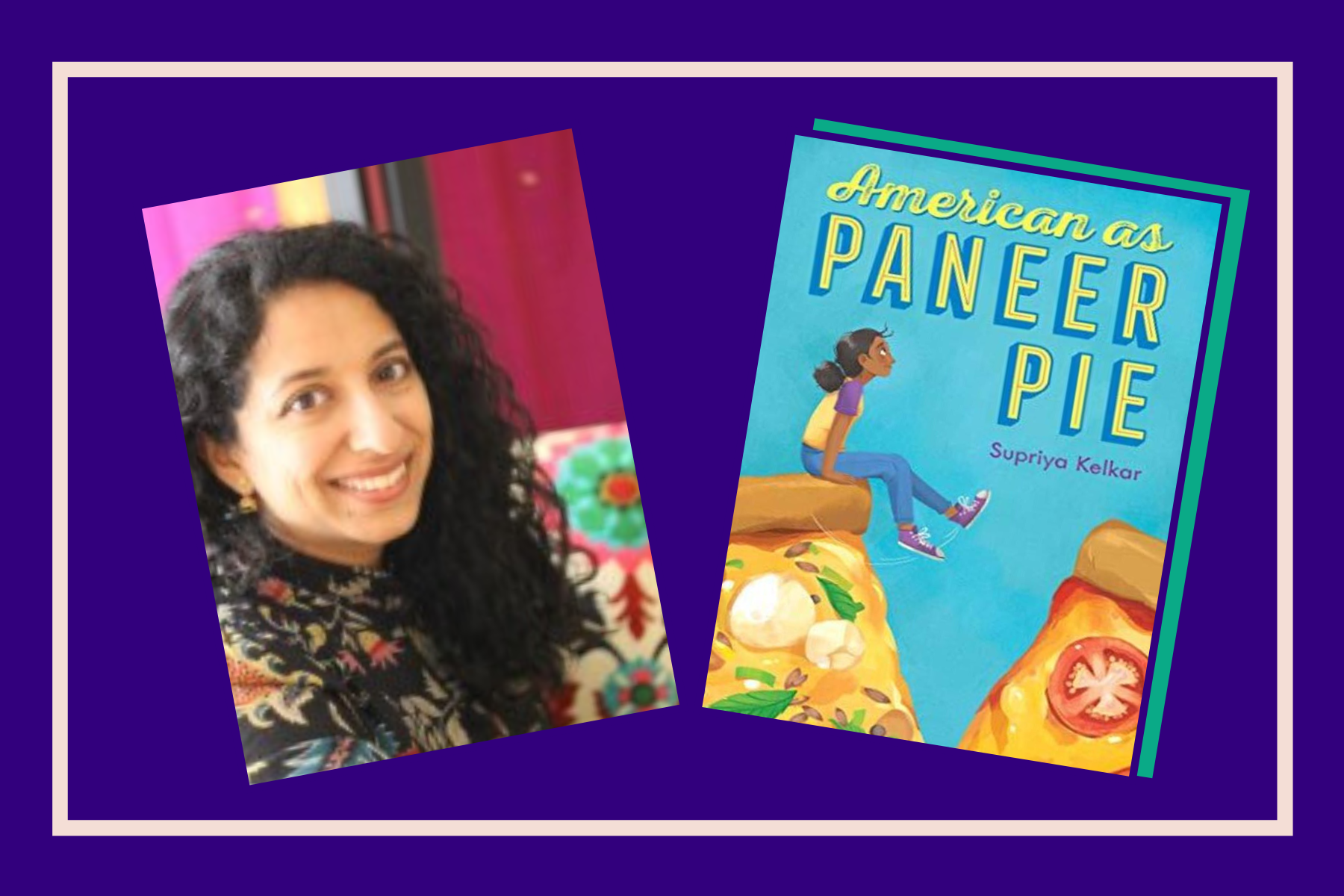 Tucked away in a corner of Edison, NJ, Papa Pancho Pizza struck gold with locals over the idea of Indian-izing pizza. At first glance, their menu might seem pizza-re (laugh with me please) for the average pizza monger, but upon second glance any lactose tolerant South Asian American would fall in love with it for purely one reason: they put paneer on their pizza pies.

It is no wonder that when I saw the book “American as Paneer Pie” by Supriya Kelkar I had to read it. Not only was the title encapsulating and delectable, but a quick Google search told me it addressed a crucial conversation that was tricky to navigate: racial prejudice in the classroom and beyond. Intrigued by this concept, I avidly read the novel in one sitting. By the end, not only was my mouth watering with all of the delicious Marathi dishes described, but my middle school emotions were validated.

The story follows a middle schooler, Lekha, who has grown up in a small, white-majority suburb on the outskirts of Detroit. Her differences as an immigrant are pronounced in the classroom and are ridiculed from the get-go. Middle school is a time where children are not only inwardly critical of themselves but also bully and exercise judgment on the students around them. That’s why being unique and different is so scary at that age; any part of your identity and persona not in the bounds of the status quo is immediately taunted.

Lekha’s feelings of loneliness are assuaged by her only friend, Noah, who appreciates Indian culture and loves to learn about it. A star swimmer but a misfit on her swim team, Lekha seeks the companionship of her teammates, who constantly try to “other” her. However, when a girl named Avantika moves from India to their small town, Lekha intrinsically thinks of her as the “other” since she is considered a FOB (Fresh Off the Boat). Through the wise words of her father, Lekha changes her perception and befriends Avantika. All seems well for these middle schoolers until their lives begin to grow outside the school walls. A senator, running on an anti-immigrant campaign, is gaining a strong following in their town, questioning the safety of Lekha, Avantika and their families.

[Read Related: Cultural Identity and the Insecurities Associated With Naming]

Kelkar’s words tie us closer to the character, and the familiarity of Lekha’s struggles bring me back to the raw emotions of middle school. We have all been there: having been asked an absurd amount of times “Where are you really from?” having the same repeated conversation in our broken mother tongue with extended family, to having an innate and unjust prejudice against all new immigrant kids that are considered “FOB”s.

I appreciated Kelkar’s portrayal of Indian American life from the aromatic descriptions of foods including thalipeeth and aamti, to positive Bollywood influences including Aamir Khan and even to her dynamic relationship with her parents. Lekha’s mother and father begin to have polarizing views on responding to racial injustices, and Kelkar phenomenally captures how love can be portrayed through several means, including fear and restrictions. In the end, Lekha’s parents always keep Lekha’s best interests in mind, even if Lekha needs to realize that.

Kelkar does an exquisite job of capturing the small letdowns of adolescent life in America. From the embarrassment of the pungent odors of Indian food to the somewhat burdensome priority of family over friends on Indian holidays, Kelkar brings those moments of our childhood alive through Lekha. Not only did I feel validated in reading about the day to day life of Lekha, but I understood her struggle of maintaining a “home life” and a “school life.”

I found it uplifting that the novel, written for the average middle school reader, so adeptly addresses societal and cultural pressures that plague South Asians to date. These crucial topics included colorism with fairness creams, hate crimes and even anti-immigrant political parties. All these story points, packaged in normal young-adult conversations, urge young readers to question what society has taught them and to think for themselves.

The book empowers middle schoolers to take opportunities into their own hands. Lekha and Noah write op-eds for their school newspaper and take reporting real-world events, such as hate crimes, very seriously. Finding an empowered voice, especially when you are of the minority opinion, is a life skill that middle schoolers should begin to think about, and that people of all ages should strive to master.

[Read Related: ‘You Speak Hindi, Right?’: How College Taught Me to Embrace My Unique Cultural Identity]

In the end, I was left thinking about how we craft our personal identity and culture as Indian Americans. One of Kelkar’s points made a lasting impression on me: We have the liberty to choose what parts of religion, culture, and society we bring from our homeland.

As I munch on my homemade paneer pie (recipe at the back of Kelkar’s book), one thing is for sure: Bye, bye Miss American Pie!

You can purchase “American as Paneer Pie” and keep up to date with Supriya Kelkar’s work Instagram!

Book Discussion: The Importance of ‘The Empire of Gold’ by S.A. Chakraborty

Jahajee Sisters: When We Rise, You Rise For The Next 100 Years