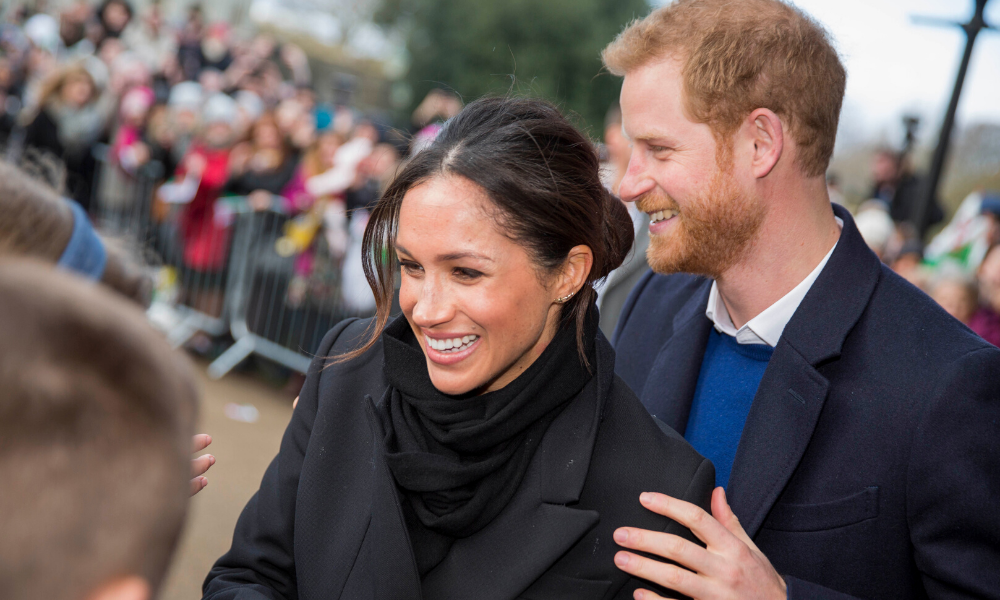 There was no other room for news these last few days as the U.K. got swept up in what seemed like its own reality TV show starring the British Royal Family.

Prince Harry and his wife Meghan Markle’s announcement to step back as senior royals and become financially independent drew a range of reactions — anger, sympathy, disappointment and understanding. But what has been interesting to watch is the fallout across the media and the press in how they have interpreted this move.

For some, it seems like the couple wants to have their cake and eat it too, scaling back their royal duties but being able to make money off the back of their titles, while others aren’t surprised by the move, citing continuous attacks in the press, which have had strong racial undertones when directed at Markle. The entire debacle has brought the monarchy to the forefront in a scathing way only last seen after the death of Princess Diana.

You cannot deny that there have been racist instances when it’s come to Markle’s treatment. From Princess Michael of Kent wearing a blackamoor brooch to a lunch that Markle attended, to Rachel Johnson’s Mail on Sunday column where she wrote that Markle’s “rich and exotic DNA” will thicken the Windsor’s “watery, thin blue blood.” Presenter Danny Baker also jumped on the bandwagon by tweeting an image of a couple holding hands with a chimpanzee dressed in clothes with the caption: “Royal Baby leaves hospital!” It’s absurd, but not surprising, that such platforms would be used to make such tasteless statements.

However when it comes to the British tabloids, it’s not just racism we need to be condemning them for, but more so their overall treatment of women. For years they have been guilty of misogyny through sexism, classism and now racism. Many counterarguments regarding Markle’s treatment have been to look at the way the media have treated other women in the royal family and frankly no matter which side you’re on, it isn’t okay. It isn’t okay for journalists like Piers Morgan to use this as a justification for the media’s conduct and behaviour in general, and it isn’t okay for commentators calling out the systemic racism to ignore this just because it doesn’t fit their narrative.

*NEW COLUMN*
Meghan & Harry haven’t been criticised because of her colour but because she’s a selfish social climber & he’s a weak whiner – and by playing this despicable race card they have grossly libelled all of Britain. https://t.co/bMSFFSL3Ay pic.twitter.com/kIWmJcuXaz

When she first stepped on to the scene, Kate Middleton, wife of Harry’s older brother Prince William, had her fair share of run-ins with the press. Not only was she harassed and bombarded by photographers, but her family also went through a lot of scrutinies just like Markle’s. Middleton herself was referred to as a commoner and was dubbed “waite Katie” because she had been waiting so long for a marriage proposal. Meanwhile, her family have been painted as social climbers, with headlines like “Carole Middleton’s journey from builder’s daughter to royal baby’s grandmother.”

The thought that a commoner could marry into royalty was an angle the tabloids relished. It was reported at one point that the Queen thought it was ‘unacceptable’ that Kate Middleton did not have a full-time job before she was engaged to Prince William and found her lavish lifestyle ‘unpalatable’ especially during a time where the U.K. was going through a recession.

It doesn’t matter who you are, the tabloids themselves are like a disgruntled bully, ready to probe and tear down whoever appears to be in the public’s affections and especially those who refuse to play their games. They did it to Princess Diana and they’re doing it to Markle. Racism is a fraction of the problem — there’s more an issue of wanting to control women at play here; having them abide by the media’s rules when it comes to parading their babies, and giving them access to their personal lives with the payoff being that they’re reported favourably.

The misogyny is clear as day and yet we’re not outraged about this. Any discrimination is still discrimination, yet it seems improbable to sympathise with the previous women that have been targets of the press, as that somehow means that we don’t understand or care about Markle’s ordeal. It’s sad to see given that the Duchess of Sussex (who may soon lose this title) advocates for women’s rights and female empowerment, that we can’t look at the collective treatment of incoming royal women by the tabloid press and see that it’s very evident that this is a women’s issue at the hands of a powerful force predominantly owned by white men.

[Read Related: How Attending the Royal Wedding Helped Me Reclaim My Roots]

What’s been worrying as a person of colour is to see how easy it’s been for people to simply brush off instances of racism when it’s starkly obvious some of these incidents have had obvious racial undertones. Is it the embarrassment of admitting that yes, our press discriminates? Or that if we admit to this then it’s opening up a can of worms to discuss the U.K.’s appalling history of racism? Surely this is what’s needed to move forward — unless that is, of course, those institutions don’t want to.

At the same time, it’s evident that Markle’s expectations about marrying into the royal family were above and beyond anything she could fathom. The only community she could possibly liken this to is the A-List elite, which has probably rubbed a lot of people the wrong way who hold the royal family in a different league to Hollywood. Another harsh reality is learning that the prospect of having a bigger platform to talk about her own interests and support projects and causes close to her isn’t as free as she perhaps thought. Royals have historically taken a neutral stance when it comes to commenting on political issues and movements and instead focus on their sense of duty under intense media scrutiny.

While her fight with the tabloids continues as she sues them for publishing a letter she had written to her father, it’s unfortunate to say that the stories are unlikely to stop churning out despite Markle and Prince Harry being out in Canada. The fact that their new website details how they wish to work with the media going forward will only make the tabloids more incessant, which only prolongs this feud that doesn’t look set to end.

There is a lot that is still wrong with some of the most powerful establishments in our country. No matter where you fall on the Meghan Markle spectrum, the U.K. as a whole is actually the one that has come out looking terrible not only for its denial of racism but its continuous habit of using women as public punching bags.

‘Padmaavat’: Worth All the Hype — For Much Better Reasons

‘Forbidden’ – Short Film About Honor Killings Based On A True Story

A Tale of two Countries: BIPOC are Disproportionately Dying of COVID-19 in the U.S.