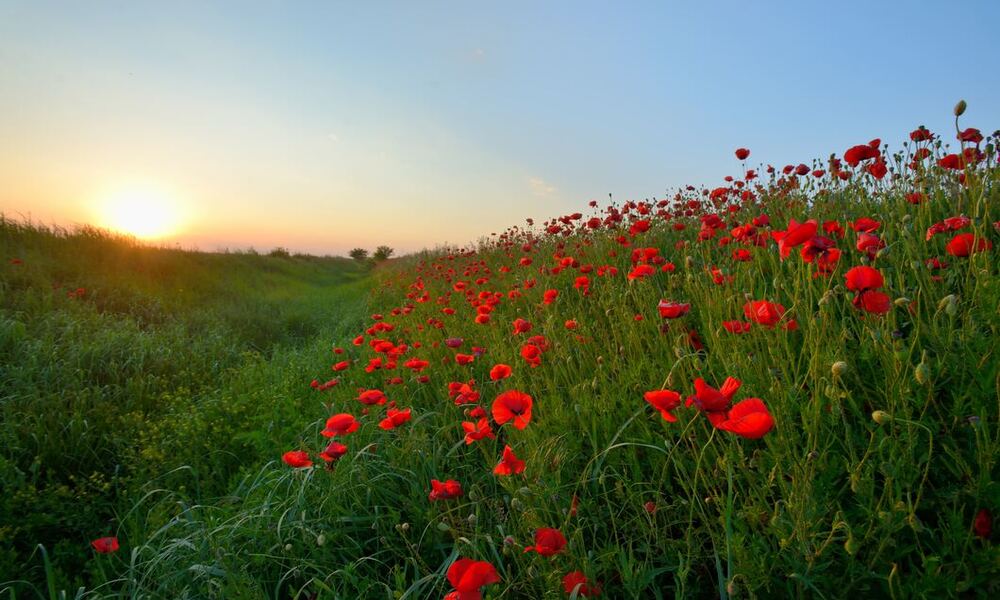 Even as a child, there was something about wearing the poppy that never quite sat well me.

During my family’s first year in Canada, my fifth-grade teacher attached a letter in my agenda asking to bring two dollars for a poppy to wear for the annual Remembrance Day assembly. I handed the note to my mother and both of us stared at it confused—we didn’t know what a poppy or Remembrance Day was.

According to the Legion, Canada’s largest veterans’ organization, “a poppy is worn to honour Canada’s Fallen.” It is also donned in the U.K. and France.

As the week progressed, I saw my peers handing in their toonies and receiving a pin attached to a red flower they’d later use to poke holes in erasers. At the time, I was desperate to fit in, so I begged my mom for the toonie that she hesitantly gave me.

Today, I still feel the pressure to wear a poppy each November. But now, it’s because I fear to appear ungrateful to be living in this country. As an immigrant, I’m expected to appreciate the sacrifices that made Canada a place of relative safety and prosperity for me and my family. If I don’t adhere, I feel like I’m mooching off grievances that technically weren’t meant for my immigrant body.

Immigration, for many, is a route to escape violence. To a degree, it was also one of the reasons my parents decided to leave Pakistan. As someone who has seen the disparities of state-sponsored violence within the borders of my country of origin, I chose to opt-out of wearing a poppy that ultimately reflects sentiments similar to what my family tried to escape.

Though marked for remembrance, I can’t help but think that the poppy elicits a sense of nationalism. After starting from the ground up for the third time, I am more critical of alleging to a “home” that uses a state to define itself. My identity no longer feels attached to land nor the pride that stems from the bloodshed that occurred to sustain it.

The treatment of PoC in the World Wars

After living in two commonwealth countries, Pakistan and Canada, and moving to the colonial motherland of England this year, I realize how the narrative of the poppy holds an amnesiac effect towards the role of people of colour in a history written by the victors.

I can’t help but think that the poppy is a sentiment limited to white soldiers. India (including Bangladesh and Pakistan at the time), which sent the most soldiers in the commonwealth to fight alongside Britain, is seldom mentioned in textbooks. The sacrifices of the commonwealth volunteers and soldiers are glossed over with a “British” stroke in history classes. Non-white soldiers were paid less than white European soldiers and made to do laborious work like carrying gun power or dig trenches because “they couldn’t be trusted to hold weapons.” Racial differences also justified the deployment of PoC as shock troops in the first line of battle, making them two-and-a-half times more likely to be killed than their white infantrymen.

Furthermore, the poppy fails to consider other victims of state violence throughout the wars, like the 21,000 Japanese-Canadians put in internment camps after Pearl Harbour or the 17,000 Chinese labourers brought to Canada to build the Pacific Railway which aided in the transportation of war goods and soldiers. Why don’t these victims also receive that strong, state-sponsored remembrance campaign backed by a symbol like the poppy? I have a theory: because the notion of “Canadian,” in the heads of most, is still white.

You can argue that we have things like Black History Month and Indigenous Day, but the public buy-in for Remembrance Day, with its poppies, assemblies, and official gatherings, continues to dominate.

A glorification of war

I can understand the need for there to be a remembrance for the death of close to 80,000 Canadian soldiers in the two World Wars, however, what is the use of a poppy, which is meant to embody a #NeverForget insinuation, if it fails to serve as a reminder to not repeat such disparities.

The red poppy, a symbol that may have started with good intentions, has become rhetoric to justify war. State ceremonies are sprinkled with drilled armed soldiers observing the moment of 11:11 in silence while politicians gather around war memorials. But governments don’t appear to have learned much because wars, genocides and state-violence towards PoC continue to thrive today.

When someone like Trudeau lays down a wreath at Vimy Ridge, he is also enabling tyrannical governments. It’s hypocritical to me how leaders can wear a poppy and continue to make and keep healthy relationships with warmongering entities like Israel and Saudi Arabia who support mass weapon production and suppress freedoms.

I acknowledge that the poppy is important to many folks and I’m not denigrating the sacrifices of soldiers, but a better way to honour these veterans would be to protest the violence of our government and oppose current wars, especially because we’ve seen its capabilities to alter history in the ugliest of manners.

Zahra is a Pakistani-Canadian journalist who’s currently living in the U.K. She has written for platforms like Broadview Magazine, CBC News and Narcity Toronto. Her work centers around topics related to social justice, culture and travel. She enjoys fondling Spanish on Duolingo, practicing salsa moves in the shower and talking to strangers on the subway.

Cross-border Connections: A Canadian’s Views On The President-Elect