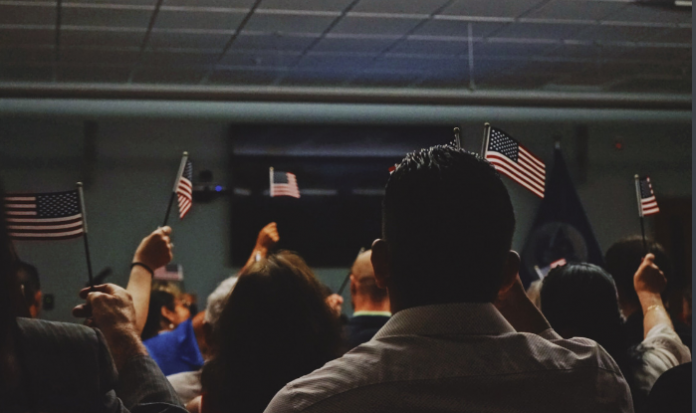 President Trump alongside the Department of Homeland Security (DHS) has announced a change to the public charge rule on Wednesday, August 14. As a policy that has been in place for over a century, the public charge rule determines whether immigrants applying for a green card or individuals looking to enter the United States on a visa will be primarily dependent on the government and should be denied a green card or admission.

Under the existing policy, immigrants have to be dependent on one of two federal public benefits, either by receiving public cash assistance for income maintenance as done by the Supplemental Security Income program or long term institutionalization at government expense.

The change will expand the public charge rule to include the aforementioned benefits along with the Supplemental Nutrition Assistance Program (SNAP), non-emergency Medicaid, public housing and Section 8 housing assistance.

The proposal will also take into account any use of cash aid, such as Temporary Assistance for Needy Families (TANF) and any state or local assistance program. If an individual has been dependent on these publicly-funded programs for at least a collection of 12 months over any 36 month period, they are at risk of being inadmissible under the policy.

[Read Related: President Donald Trump to Not Include Citizenship Question on 2020 Census]

This change redefines what it means to be a public charge and what qualifies an individual to be considered one. Rather than assessing if an applicant will be largely dependent on government services, the adjusted rule allows immigration officers to look at a wider criteria list to determine who they will classify as a public charge.

The law will not only require immigrants to attach a Declaration of Self-Sufficiency when applying for a green card but now English proficiency, medical conditions and any past use of immigration fee waivers will be considered when making a decision.

Although the revision will not take effect until October 15, 2019, immigrant communities have already been affected. An increase of fear within immigrant communities has curbed enrollment in programs like Medicaid and SNAP since they are no longer covered under the new public charge regulation, Cheasty Anderson of Children’s Defense Fund said in an interview with NPR.

“They’re worried if they enroll that they’ll end up, you know, losing their ability to stay in this country, potential family separation. This is a scary moment, and it’s understandable that people react in ways to protect themselves,” Anderson said.

While the Trump Administration argues that the changes to the rule will allow only self-sufficient immigrants to stay in the country health experts argue it could force potentially millions of low-income migrants to choose between needed services and their bid to stay legally in the US, AP News reported.

“We want to see people coming to this country who are self-sufficient. That’s a core principle of the American dream. It is deeply embedded in our history, and particularly our history related to legal immigration,” acting Director of the Citizenship and Immigration Services office, Ken Cuccinelli said.

With the looming fear of the regulation, parents are forced to make the decision of giving up needed health care services for not only themselves but their children, in order to continue living legally in the U.S. Not only is this detrimental to the health of immigrants, health experts say, but the community as a whole without proper healthcare, diseases like the Zika virus can spread quickly.

A recent study estimates that due to the new public charge rule up to 1.9 million children will be dis-enrolled from health insurance, increasing the number of uninsured children from 3.9 million in 2018 to nearly 6 million children. Many of these children have serious medical conditions such as asthma, seizures and cancer.

A coalition of states is in the process of filing a suit against the proposed rule. The reasons range from the risks of safety and well-being of immigrants, its base of racial bias, favoritism of the wealthy who do not require public assistance and that the rule misunderstands the fact that these programs are meant to help immigrants rise above poverty and become self-sufficient over time, the New York Times reported.

“It makes it easier to unfairly target hard-working, lawful immigrants while sowing fear and confusion into our communities,” Dennis Herrera, San Francisco’s city attorney, said in a statement reported in The New York Times in relation to the lawsuits filed in California to block the implementation of the rule.

It is important to understand that this new rule will mainly impact those seeking permanent residency through family member petitions. The rule does not apply to those under the age of 21, to those who already have green cards, certain military members, refugees, asylum-seekers, pregnant women and children. Benefits received in the past will also not be held against immigrants.