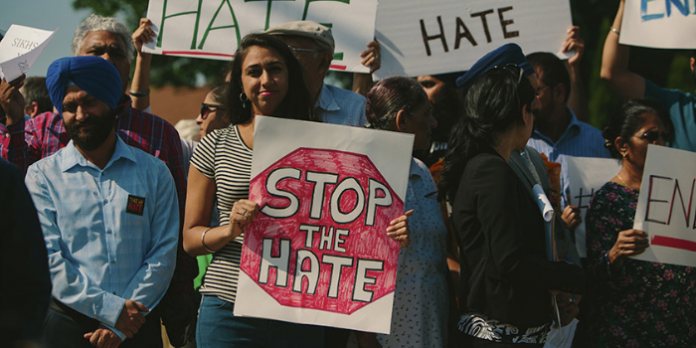 I was nine years old when I first heard someone tell my nanaji, “Go back to your country!”

That incident happened a few months after 9/11. At the time, I remember feeling an instant mix of emotions: confusion, anger, fear, and helplessness. Eighteen years later, I still feel this way every time I hear of an attack targeting a Sikh.

Just last month, an elderly Sikh man named Parmjit Singh was stabbed to death while taking a walk in his neighborhood in Tracy, California. While the motive, in this case, continues to be investigated, the incident is part of a growing trend of attacks targeting Sikhs in America.

In the aftermath of 9/11, the murder of Sikh American Balbir Singh Sodhi was the first deadly hate crime reported. On Sept. 15, Sodhi was shot and killed outside his gas station in Mesa, Arizona. In just the first month after 9/11, the Sikh Coalition—the nation’s largest Sikh civil rights organization—documented more than 300 cases of violence and discrimination targeting Sikhs.

Since then, dozens of Sikhs have experienced violence and incidents of hate and bias.

Unfortunately, these are only a few of the high-profile offenses targeting Sikhs as many incidents are never reported.

In order to combat hate targeting Sikhs in America, the Sikh Coalition is leading a multi-pronged approach to educate policymakers about anti-Sikh hate crimes and collect hate crime data.

In 2013, the Federal Bureau of Investigation (FBI) announced it would begin tracking anti-Sikh hate crimes, after years of successful campaigning spearheaded by the Sikh Coalition. For the first time ever, the FBI also began tracking hate crime statistics for the Hindu, Arab-American, Buddhist, Mormon, Jehovah’s Witness and Orthodox Christian communities. Official tracking began in 2015, and data is released every year in the FBI’s annual report.

According to the FBI’s most recent hate crime report, hate crimes have increased by 16.7 percent and anti-Sikh hate crimes by more than 243 percent between 2016-2017 (data for 2018 will be released in November 2019). But the offenses included in the FBI’s report are just the tip of the iceberg.

The FBI’s annual statistics, unfortunately, underreport the scale of hate violence targeting Sikhs and other minority communities. Due to a lack of adequate training and resources, law enforcement often does not identify or misidentifies bias as a factor when a hate crime or bias incident occurs.

Additionally, because there is no mandatory requirement for law enforcement agencies to report hate crimes to the FBI–even when bias is identified as a factor–they often do not report it to the FBI, so the data never shows up in the statistics. Moreover, many individuals impacted by hate do not report the incidents due to fear or inadequate responses from law enforcement or other reasons. As a result of all these factors, there continues to be an enormous gap between the FBI’s reported data and the true scope of hate violence targeting Sikhs and other communities.

What You Can Do

As the Sikh Coalition continues to fight for Sikh civil rights, there are also steps that you can take to fight hate and raise awareness.

At nine years old, all I understood was the fear that incidents of hate and bias create. Now, while the fear for Sikhs and other vulnerable communities still exists, I no longer feel helpless. It is the resilience of the Sikh community and the work of organizations like the Sikh Coalition that inspire me to take action and encourage others to take a stand against hate.

The Fracture Between Punjabi Culture and the Sikh Religion

The Problem with Equating Sikhism to Hinduism: Ignoring Diversity Within the South Asian Diaspora