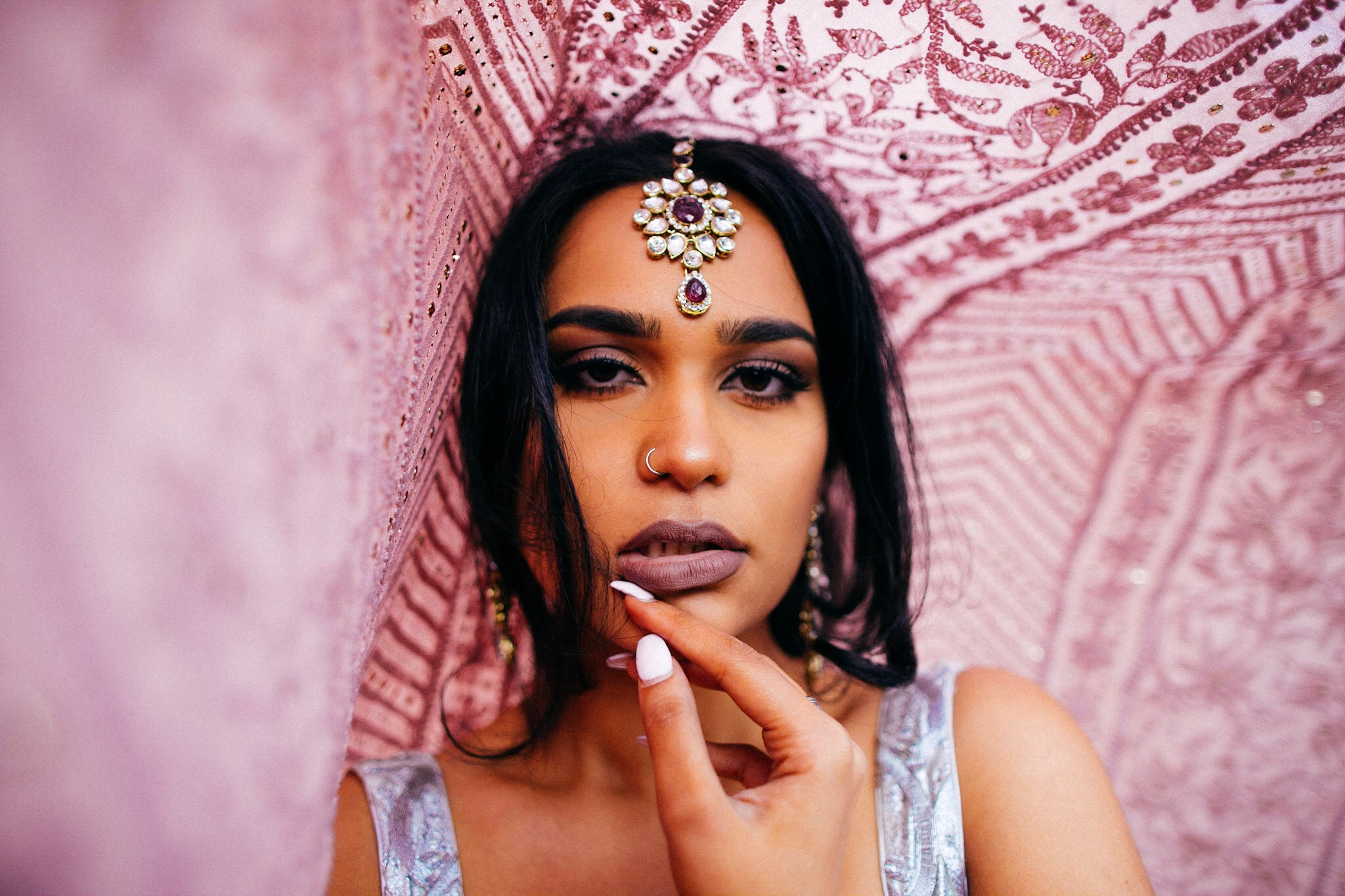 Between my American friends and the people I meet and hear my story, I always get asked “What are you?!” Well, let’s just say I’m Indian. I proudly identify as that (especially, when people ask me or mention Priyanka Chopra). Do I identify 100 percent, though? Probably not. I was born and raised in Hong Kong — a literal cultural melting pot. My family is quite traditional so, of course, living in Hong Kong for more than 25 years, my parents did have to make some adjustments but that doesn’t mean that all their cultural values were forgotten. I attended Sunday school, fasted every Ramadan and I was raised to speak Hindi and Urdu in my household while I also learn mandarin and French at school.

Attending a British International school while living in Hong Kong made me question my place in the world even more. Ninety percent of my friends were either mixed, black or caucasian so I grew up on American and British television and music. Being around Westerners, this media exposure was a heavy influence on me as it shaped my desires, my way of thinking and my ideas of “beauty.” I led a double life and I can’t lie, sometimes I still feel like I do.

Moving out at the age of 18 to a new country that I knew nothing about where I knew nobody and practically was the definition of an “outcast” was the bravest and challenging thing I had ever done in my life. I didn’t even know how to drive! Honestly, I was scared but being brown and foreign to the world I entered, I noticed my gravitation towards the POC community. With them, I felt at “home.” I was welcomed by the Black and Latinx community. The more I warmed up to them, the more I felt safer in my identity. The more I told my story, the more I felt more validated in who I was. I accepted my uniqueness and came to the realization that I could relate to almost anyone I met due to all the exposure I had with different cultures.

I look back now at my younger self and laugh. My world is definitely a rollercoaster and still a handful sometimes, and I still get nervous introducing my different worlds to people I meet. It’s like inviting your different social groups to your birthday. Awkward. But I wouldn’t have it any other way.

If there’s anything I’ve learned from being a third culture kid, it’s these six things:

Code-Switching: The love language(s) of a third culture kid

I think I’ve almost subconsciously mastered code-switching. Attending a British school for most of my life but growing up on American pop culture allowed my accent to fluctuate seamlessly at a young age. When I was with my English friends, it was easy for me to have an English accent and although it seems as though most of it has disappeared while being in America for almost a decade, it’s easy for me to switch to it back just by being around them again. When I’m with my American friends, I completely switch and all the slang comes out! Fun fact: Mastering accents and code-switching allowed me to be an A+ drama student in high school (thank you, amma and papa, m Indian accent is pretty on point!).

“Where are you from”: The dread of a third culture kid

This question makes me roll my eyes, only because I truly hate having to explain it to everyone I meet, especially during the icebreaker activity on the first day of class. I remember attending fashion college and everybody would either stare at me as if I was an alien or ask me the most ignorant questions: “You’re from Hong Kong? But you don’t look Chinese,” or get irritated with me because it seemed as if I was boasting about myself. This is the worst question you could ask a third culture kid, because truth is, we’re not so sure ourselves. “Where are you from?” “Hong Kong”, “Okay, but where are you really from?”

Cultural Appropriation: The struggle of a third culture kid

“Appropriation” is a word that has been used loosely on social media. We’re much more connected than we think. Understand your privilege, educate yourself and don’t exploit the culture for fashion. Other than that, I don’t think it is appropriate for every time somebody of another culture embraces an element from ours or another. Being a third culture kid allows your cultural perspective to become much more broad, as you see life from the lens and understanding of all the cultures you’ve grown up with, engaged with and felt attached to. ‘Cultural diffusion’ is a term I use often in describing the makeup of a third culture kid’s identity. Nobody will ever understand your uniqueness, it’s everybody else’s ignorance that you kind of have to deal with as they truly don’t understand your lifestyle. I am still so conflicted as to where I stand on the spectrum of identifying with one community, for several reasons. It’s a feeling of fitting in everywhere and nowhere at the same time.

Home: The sad truth of a third culture kid

It’s hard to pinpoint where home is. It’s kind of sad, along with the sense of belonging: Never white enough for the white kids, Indian enough for the Indian kids or even for your own family back home in India who deem you “Western.” I’ve actually been in a car with my uncle and aunt who had no idea I could speak Hindi and I had to hear them complaining about my parents during the whole car ride. I think everyone always assumed that I tried to run away from my heritage when really, I just felt as if I didn’t belong. Not only was I dealing with my desi parents not understanding my social lifestyle, but my friends couldn’t understand my life at home. On one end, I was constantly getting lectures from my parents or the silent treatment and there was a lot of screaming and crying on my part.

On the other hand, I was looked at strangely when I wasn’t allowed to go to certain places, wear certain pieces of clothing and had to be home by a certain time. My two worlds completely collided and required different versions of me. I feared rejection from both my family and my friends. I had to balance them strategically and try to please everyone and keep myself sane, and honestly, it was exhausting playing the mediator of both worlds. To me, Home is where you feel most comfortable—friends, family, alone—wherever it is. It’s where you feel safe, loved and understood.

Identity Crisis: The never-ending search for a third culture kid

Identity crisis is something I feel as though I will have to live with forever. I used to describe it as suffering before but now I see it as much more of a blessing. As a teenager, I felt closer to my non-desi friends than I did to my desi family. This was mainly because I was raised to be open-minded at school but told to be a little more conservative at home. But as I grew older, I also realized that I didn’t exactly agree with everything my non-desi friends stood for either. How could I feel outcasted by my own community and feel as though I didn’t fully fit in with my group of friends at the same time? I felt like nobody truly understood me.

There was a lot of insecurity that built up within me and I started to feel caged by my “identity.” I felt different, confused and distant from “home.” I just always knew my world, my thoughts and everything I stood for was different.

Own your identity. Own your experiences. Own YOUR truth. Be your authentic self and don’t be afraid of being judged.

Haya Abid, also known as Biddy, is an online personality and digital creator based in Los Angeles, California. She is known for her fashion and beauty content, while representing the “21st Century Brown Girl” with a mission to challenge the status quo, break boundaries and create a new narrative for brown millennial women in the entertainment industry. Born and raised in Hong Kong, her upbringing has allowed her to embrace many different cultures and moulded her identity, creating her own type of “masala” that constantly challenges the Desi rhetoric and breaks various stereotypes.

The Kerala Floods: In Union, We Find Strength

Your Go-To Guide for Fabulous Evening Gowns Under $50

Meet the South Asian Whiskey Trailblazer. She’s the First of Her Kind.

Dear Shanita Answers ‘Putting me First’: When you Should hit the Brakes

Queens of India: A Fashionable Stroll Through the Nation’s History and its Leading Ladies