So, I’m getting married in six months and it was high time to take a step back and walk everyone through what it’s like to get married—Guju style! My fiance, Justin, and I decided on a traditional Gujarati wedding and since his family isn’t religious, it made sense to only have one ceremony instead of two like most interracial (Indian vs. non-Indian) couples do.

So, like, what does Gujarati wedding ceremonies consist of?

First, it’s not all Priyanka and Nick. Sorry, had to get in there!

Since this is SO complex, I’m going to share what WE are doing. So if you’re reading this and thinking, “that doesn’t sound right,” DON’T WORRY ABOUT IT. My traditions are just different than yours.

[Read Related: How to Style Anarkali Suits for a Summer Wedding]

The chandlo (which is the red mark down the middle of the temple) signifies the acceptance of the alliance between the two families. Indian weddings aren’t just about the bride and groom, they’re about the joining of two families.

Usually, the bride’s father and four other males from her family visit the groom, carrying auspicious items and gifts. The bride’s father applies the chandlo on the groom’s forehead and gives him a shagun (a blessing symbolized by a token sum of money).

You’ll see the word “auspicious” used a lot during Indian ceremonies. We are BIG on alignment in the sun and stars, which ultimately leads to a favorable time, day or token of some sort.

Justin and I didn’t have a traditional Chandlo Matli, but my family is SO CUTE and threw us a very thoughtful engagement party complete with cake and Dom. 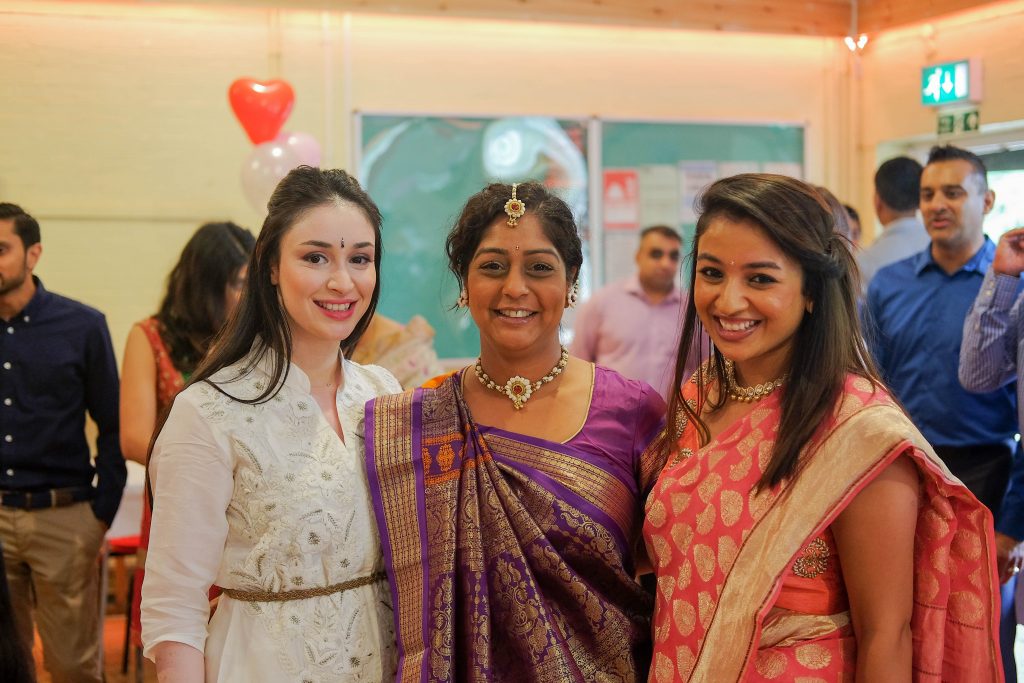 This tradition is very much a Patel thing.

It usually takes place a month or so before the wedding, but since our families live all over the country we did it this past March when we were all in the same place at the same time.

Essentially this is the formal acceptance of the groom’s family taking the bride in as their daughter. At this time, both sides exchange wedding invites (traditionally both sides of the family will send out their own invites to the wedding) and formally accept that the marriage is going to happen.

NO GOING BACK NOW. 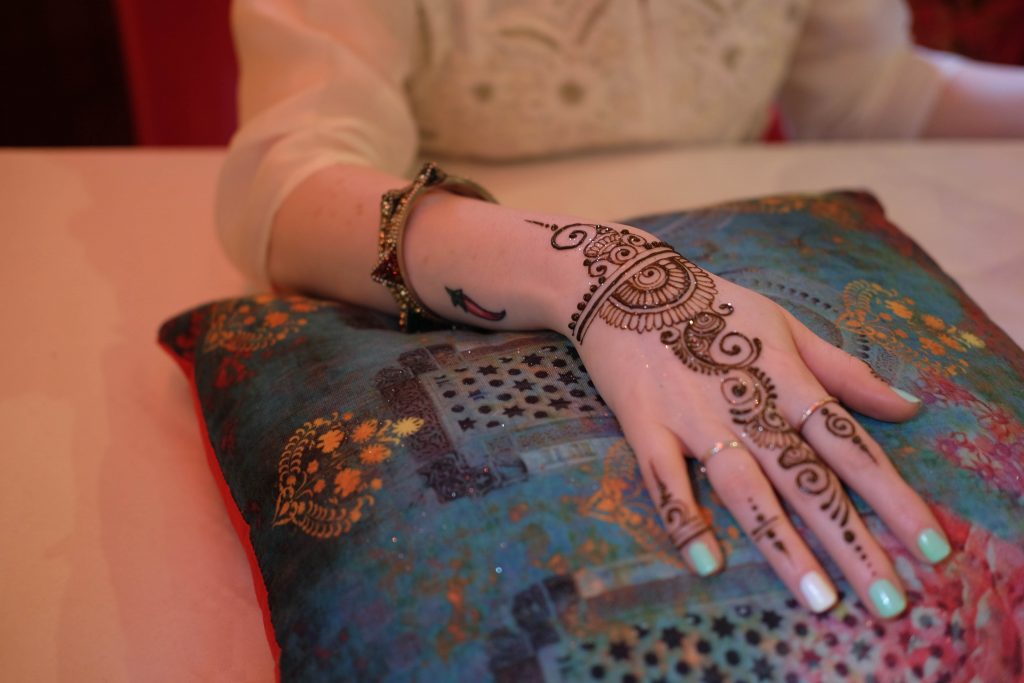 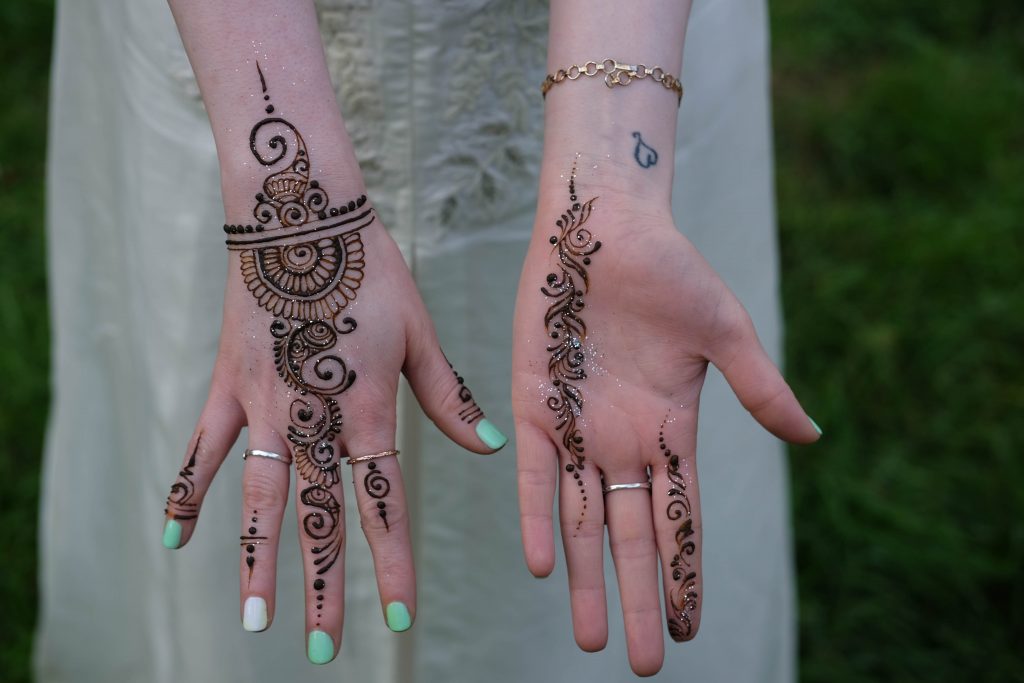 The mehendi event, otherwise known as henna, takes place a few days before the wedding. The bride gets TATTED UP, y’all! Not really, but beautiful patterns and pictures are drawn onto the bride’s hands and feet.  If you’re wondering why then here’s a little more insight:  As per old traditions and beliefs, the deeper the color on the bride’s hands, the stronger the love between husband and wife. It has also been said that the bride will not do any work in her new home until all the mehendi comes off completely. Back in the day, the bride would move into her in-law’s house, so this was a big deal. No work in the house until it was all gone. Maybe I should just ALWAYS wear mehendi.

The mehendi ceremony is the kick off to the Gujarati wedding weekend so there is usually lots of food, drink, and dancing involved. It’s a real vibe! 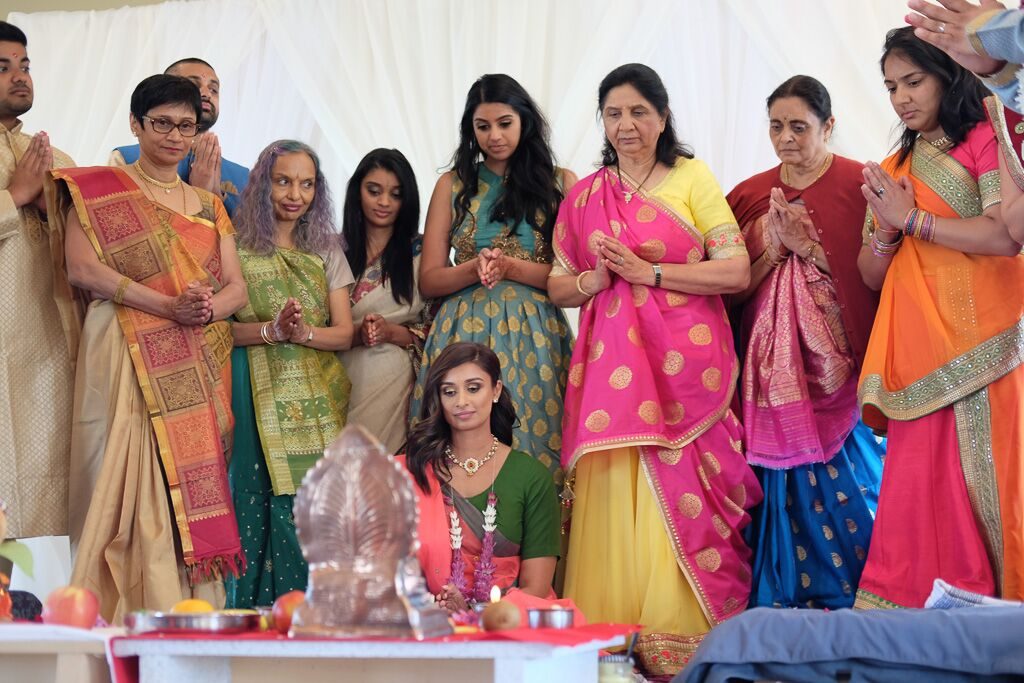 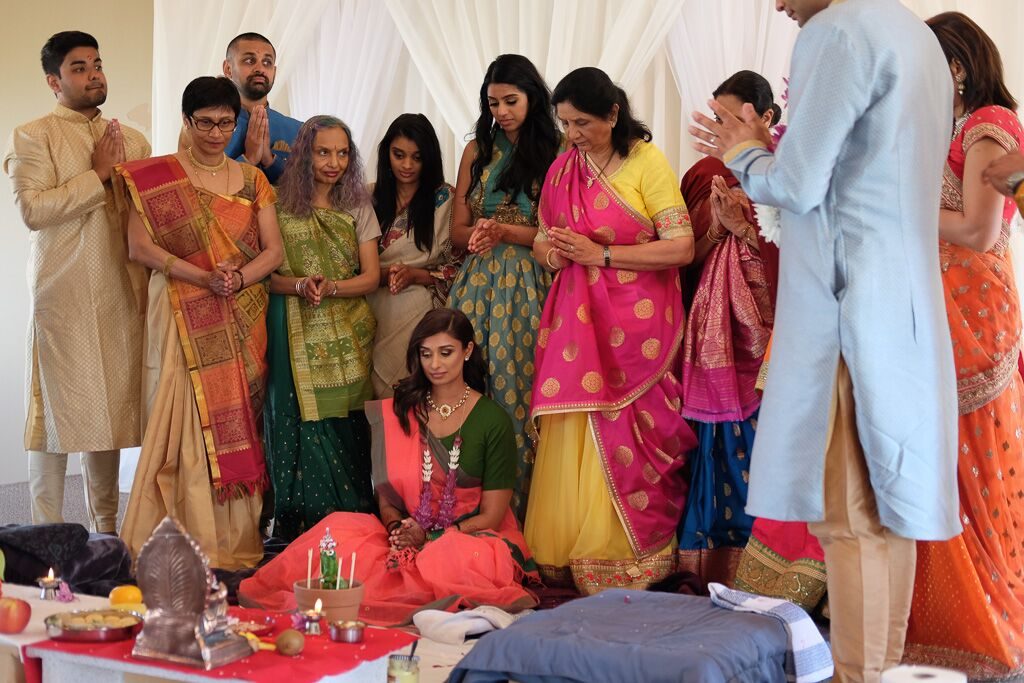 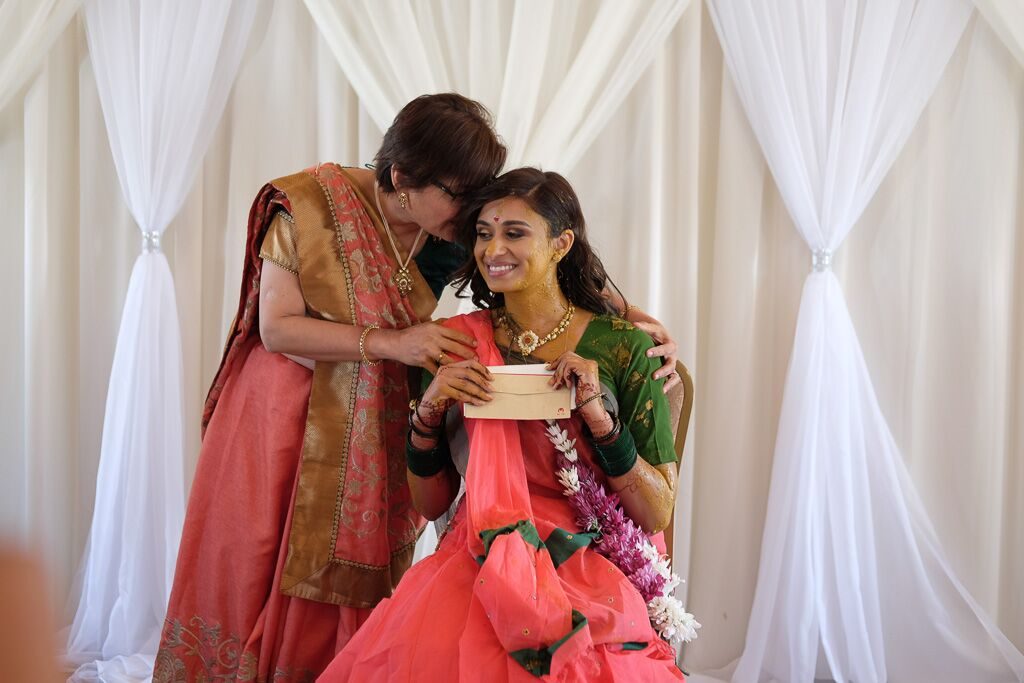 Next comes the pre-wedding ceremonies. The Vidhi takes place the day before the wedding during an auspicious time that the Maharaj (priest) has aligned and picked out. The Vidhi has three separate ceremonies: Mandva, Mahurat, and Griha Shanti.

This ceremony is very religious in significance because the parents of the couple seek the blessings of Mother Earth and ask permission to commence with the digging of the soil to erect the mandap (the canopy we get married in). Griha Shanti is a ceremony that seeks the blessings of all the planets and matches the bride and grooms horoscopes. The Mandva Mahurat is a Pooja to Lord Ganesh which rids all of the negative energy and obstacles leading up to the actual wedding.

The Pithi ceremony is when the haldi (turmeric) takes place. The haldi paste is put all over the bride and groom’s skin. It basically gives them a fun little facial before the wedding. Bright, soft skin. YES PLEASE. 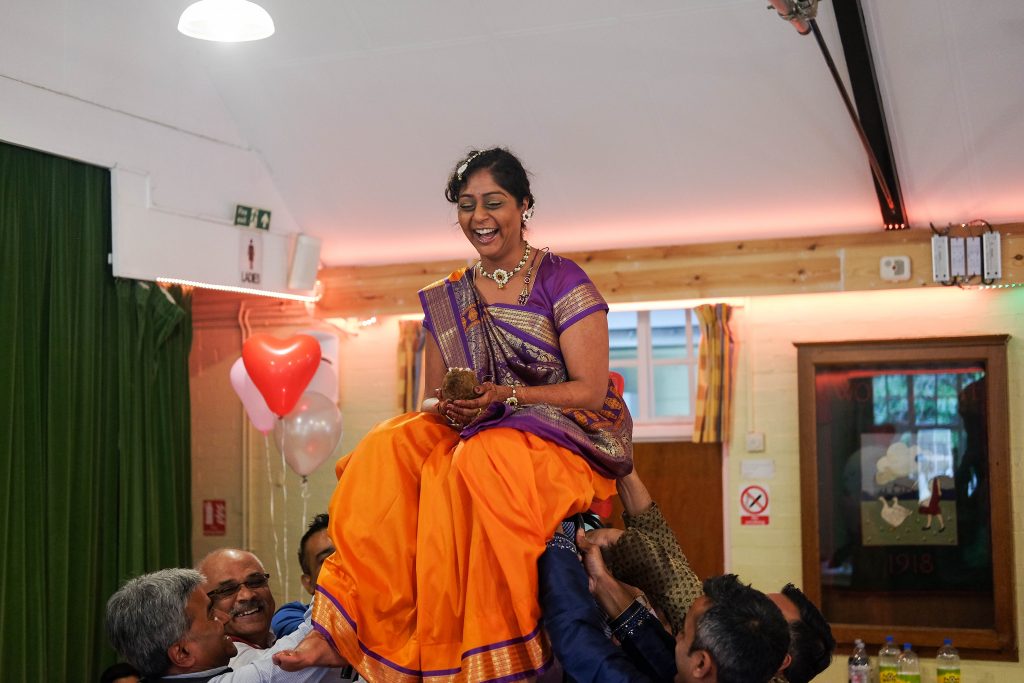 The bride receives gifts from her maternal uncle which consists of things like clothes and jewelry. Ceremonies like these are done in order to prepare the bride for her new home with all the essentials she will need.

Then comes the actual wedding, but that we will leave for another post! For now, there are all the important ceremonies that lead to the big day!