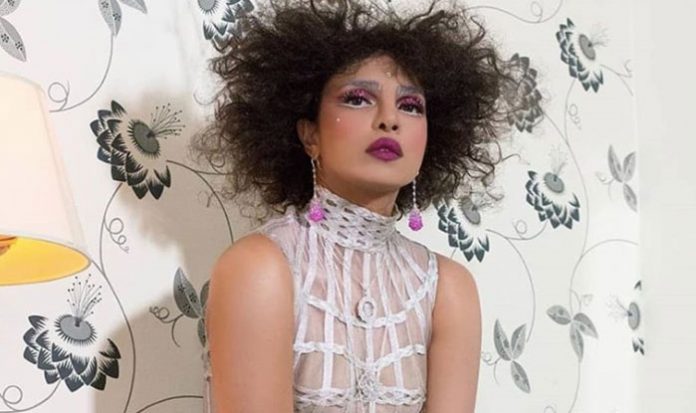 *The following piece has been updated to include more accurate details on the origins of the term Camp.

After a few years of easy-to-interpret themes—Catholicism, China, Robots—Met Gala 2019 went for something a bit more avant-garde: ‘Camp: Notes on Fashion.’ As I did a little more research on where exactly this theme came from and what it meant, I came across the famous essay written by Susan Sontag in 1964 titled Notes on ‘Camp’ that inspired this theme. In this essay, there are 58 definitions of what Camp means. At first, when I took a look at the outfits the celebrities wore last night, I was taken aback by how eccentric people were dressed, but as I read through these 58 definitions, I realized many did the theme complete justice.

What is Camp, in short? Camp is all about basking in the fabulousness, irony, and humor of being straight up extra. Sontag described Camp as “love of the unnatural: of artifice and exaggeration.”

However, we would be remiss to celebrate Camp culture without digging further to understand it originally stems from queer and African culture. Sontag’s essay has been critiqued to remove the connotation of homosexuality from the term Camp. Erique Zhang, a PhD student in the Media, Technology, and Society program at Northwestern University whose research focuses on the fashion and beauty cultures of queer and trans people of color, spoke to Refinery29 and said,

I would call camp a very queer aesthetic in that it’s something that is so over-the-top that it challenges the norms of what’s considered appropriate.

Zhang continues to say that to better understand Camp, you have to look at drag culture.

Even in drag, it’s still a spectrum. There are camp queens — that’s a subcategory of drag — but even glamour queens are still camp, because it’s still an aesthetic that’s embracing this over-the-top version of femininity that isn’t truly grounded in what actual women are like.

I wouldn’t say Camp is synonymous with queer, but I would say that you can’t have camp without queer.

If the Met’s exhibition doesn’t honor Camp’s origins then it too has done what many of us are guilty of doing: “mainstreaming of queer culture,” in the same way we use the term “yas kween,” which rose in popularity due to Broad City. But we’re grateful actor, writer and producer Lena Waithe’s Met Gala ensemble came with true purpose.

And just like that, Pride month came early this year @LenaWaithe pic.twitter.com/DECeBOLQ7B

Camp tends to come during times of cultural instability. So, what better way to process time of chaos and instability than through extreme fashion that serves as a fun form of escapism?

Every year, I look forward to this time of the year to see all the A-listers slay the carpet and see what they come up with and how far they push their fashion. I take special notice on all the South Asian representation—special shoutout to these seven women who stunned in their attire at the Met Gala 2019. Let’s take a look at their outfits and see who played it safe versus who immersed themselves in Camp!

Following the theme of Camp, Chopra Jonas came through on the red carpet in a silvery ornate ensemble. Her outfit was a frothy gray Dior haute couture number with cage detailing on the corset and multicolored feathers at the hem. One of the definitions from Sontag’s Notes on ‘Camp’ essay was:

Camp is a woman walking around in a dress made of three million feathers.

So, did the desi girl follow the theme to a T? Absolutely! I wasn’t a huge fan of her Mad Hatter curls, crown, and frosted brows, but as I learn more about the theme, I can surely say Chopra Jonas nailed it! Then again, when does she NOT?!

Padukone played it safe at this year’s Met Gala. She opted for a Zac Posen custom pink gown to portray herself as a Camp Barbie. One really cool thing about Padukone’s outfit is that all the embroidery on her outfit is created by a 3D printer—Posen enlisted the help of engineers to craft these pieces on her gown. While I do think the leggy lass looks stunning and elegant, I would have wanted her to push the limits on the theme more. Given that this is her third Met Gala, I’m hoping she takes more risks in the years to come.

#ELLEfashion: Seen walking the Met Gala red-carpet this year in a pink @zacposen ball gown, @deepikapadukone wore her outfit with a bouffant so big it took us back to the 60s. Her Barbie-esque look was tied in with a pink hair band and a dark lip. . ?: @gettyimages . #deepikapadukone #metgala2019 #campfashion

Kaling went platinum for the Met Gala and we’ve never seen her do such a dramatic hair change—I am all for it! The hair matches her metallic, long gown for an all-over “golden goddess effect.” Now, for the ultimate question: Did Kaling nail the theme? I think her hair definitely got it right because of how over the top it is, but as for her outfit, it’s super similar to what she wore in ‘Oceans 8’ and I would have liked to see something more exaggerated.

This year, Singh made her red carpet debut at the Met Gala and she did not disappoint. Dressed in a gown by Jeremy Scott for Moschino, Singh, more commonly known as Superwoman, literally dressed up like a lily. She wore a beautiful Rapunzel-like lilac-colored gown and added beautiful lilac lilies to her French braid. She looked like she dropped straight out of Unicorn Island. She followed the Met Gala theme pretty well for her debut and set the bar pretty high for future debutants.

Koshy rocked a dreamy dress that was custom-made for her by the world-famous fashion house, Balmain. Her look is everything “camp” to me—100 percent appropriate for the occasion and defines artifice and exaggeration. Her 2018 Met Gala dress didn’t exactly hit the mark and got a lot of backlashes. But, to be fair, it was her first time attending. Well, in her defense, Koshy did a complete 360 and nailed the theme this year. And, we can’t forget how she killed her Vogue on-carpet interviews.

Poonawalla was in a custom crystal-embellished icy blue gown by Dundas, she looked like Queen Elsa on the red carpet. I absolutely love this outfit, I think she looks stunning and keeps a bit of her heritage with her as she rocks the diamond maang tikka on the carpet. Poonawalla takes a different approach on the theme and goes with a large tiered gown to highlight the “Less is More” theme of “Camp.” It’s extravagant, and I am here for it.

Natasha Poonawalla’s (@natasha.poonawalla) fashion choices have always been aspirational to say the least. For the 2019 #MetGala, the philanthropist was dressed in a custom Dundas (@dundasworld) number. Head to our Instagram Stories to see more from her fittings before the grand evening #MetCamp

Ambani channels her inner Disney princess in a lilac gown with hand-embroidered crystals and feathers made by designer Prabal Gurung. While I do think that Junior Ambani looked breathtaking in this gown, I don’t believe that the theme was met, I would have liked to see more exaggeration in the makeup or gown. Given that this was her second Met Gala, I hope she plays it unsafe with the theme next year.

#IshaAmbani Piramal (@_iiishmagish) is all set to hit the #MetGala in a custom Prabal Gurung (@prabalgurung) gown. Head to our Instagram Stories to go behind the scenes of her getting ready for the big evening #MetCamp ?: Lena Melnik

And there you have it: seven South Asians who walked the red carpet with finesse and charm, all while trying to keep in tune with the Camp theme of the Met Gala 2019. So, what did you think?