As a newly aspiring filmmaker, I attended the New York Indian Film Festival (NYIFF) this past year in hopes to find a film that makes an impact and deconstructs South Asian societal tribulations. “Forbidden,” the short film by Vibha Gulati, did just that.

This short film follows the story of Jasleen, a young Sikh woman, played by Salony Luthra, and her Muslim lover, Fahwaz, played by Gopal Divan. The two decided to flee from her non-accepting family in hopes to start a life together, but they become the subjects of horrific violence at the hands of her father, played by Gulshan Grover, and brother, played by Dhanish Karthik.

As “Forbidden” traveled the globe receiving several accolades, I was keen to understand the implications and journey of a female director, producing such a controversial yet relevant film. We sat down with Vibha Gulati to get a better understanding of her process. 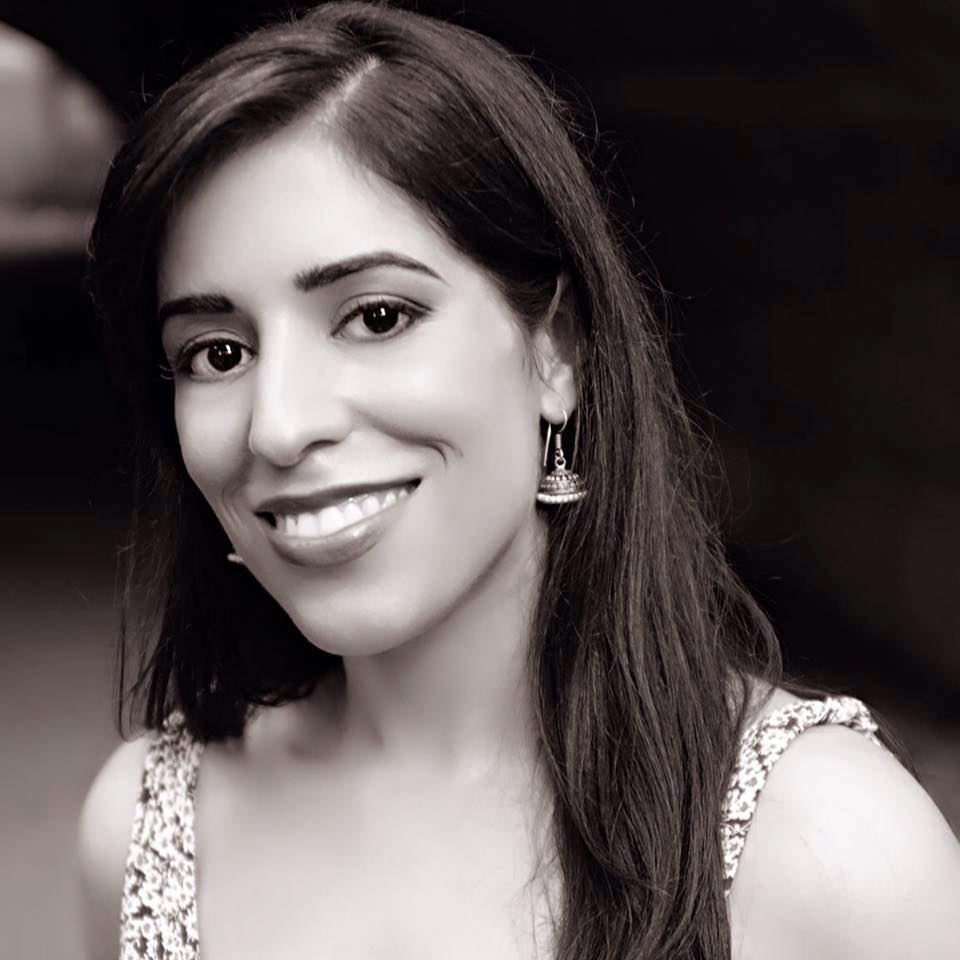 What made you pursue filmmaking? Tell us your story.

I have always been an artist, so the transition to filmmaking was only natural. I began training in Indian classical and folk dance forms such as Bharatnatyam, Kathak, Bhangra, and Giddha at the tender age of five. As I entered my teen years, I began choreography and went on to form my own professional dance troupe in NJ. As a dancer and choreographer, I learned a great deal about abhinaya (expression) and acting as I took on various roles from Radha to Sita to Krishna in dance dramas. Thus, I developed an interest in acting and performed in improv troupes and theater productions.

I soon developed an interest in writing/directing and wanted a taste of working on a film set.  So I applied for an internship in filmmaking and I landed myself an opportunity to work as an assistant director on Rajkumar Hirani’s “Laage Raho Munna Bhai.” As soon as I began work on this film, I knew this was exactly what I wanted to pursue professionally and so the journey began. Soon after, I enrolled at the NY Film Academy and received an MFA in film direction. I went on to pursue further degrees in screenwriting and script supervision at NYU and UCLA respectively.

Since then, I have worked on multiple Bollywood and International feature films and am now towards building my career as a writer and director in both Bollywood and Hollywood.

How was “Forbidden” conceptualized? It’s based on a true story, but what about the story in this specific time period compelled you to create a film?

“Forbidden” is inspired by the true story of my friend who was brutally murdered for falling in love with someone her family did not approve of. This work is my tribute to this amazing woman who had the courage and the conviction to follow her heart and stand up to her family.

I was compelled to make this film at this time as women’s rights violations are on the rise and given the explosion of the me too movement it has given me and many other women the courage to speak up and tell our truths. Forbidden is a story about an interracial couple who strive to be together and a family who just won’t accept this union. It is both relatable and relevant in today’s times. Honour killings are a tragic reality now more than ever and people around the world must acknowledge and accept it as 20,000 women are killed every year for rejecting the patriarchal system.

What roadblocks did you face when you were starting out?

I faced quite a few roadblocks when I decided to embark on this project. Initially, funding the film was very difficult as investors were reluctant to fund a first-time female filmmaker of color. It took me nearly a year to gather the funds required to make my dream possible.

Soon after, I faced a lot of opposition from a group of fundamentalists when word got out about the film. At first, it was just hate mail, but soon I received threatening calls and even death threats. I was unable to go into production as planned but I refused to give up. I knew when I took up this subject I was bound to face obstacles. Challenges are what strengthens one’s resolve, one’s character, and one’s spirit!

As a female director, what are the specific tribulations you face and how do they differ between the American industry and the Indian?

As a female director, I have faced a multitude of prejudices in both industries. In the American film industry, I have faced both racial and gender prejudices. Production companies tend to hire male film professionals over females. Moreover, they are reluctant to back a female director of color. When I was fundraising for my maiden venture, “Forbidden,” I was rejected by investors for this very reason.

My transition from the American film industry to the Indian film industry was a tough one. In the beginning, many of my Indian colleagues resented me for entering “their territory.” I was referred to as the firang, or the outsider, of the unit. They would crack jokes, talk behind my back, and rarely take direction from me when I was in charge.

In addition, as a woman in a male-dominated profession, my seniors were reluctant to give me responsibilities. They would say “Ladki hai, nahi sambhal payegi” (She’s a girl, she won’t be able to handle it). That was enough fire to fuel my soul and prove to these parochial minded people that hard work, determination, and the hunger to learn and grow was all I needed to prove them wrong! I would take on tasks others were reluctant to take on due to their sense of entitlement and macho egos. The same seniors who undermined and doubted my abilities began noticing my work. They began promoting me over my male colleagues. Soon, I made the transition from assistant director to script supervisor and took on work from the biggest production companies in Mumbai. 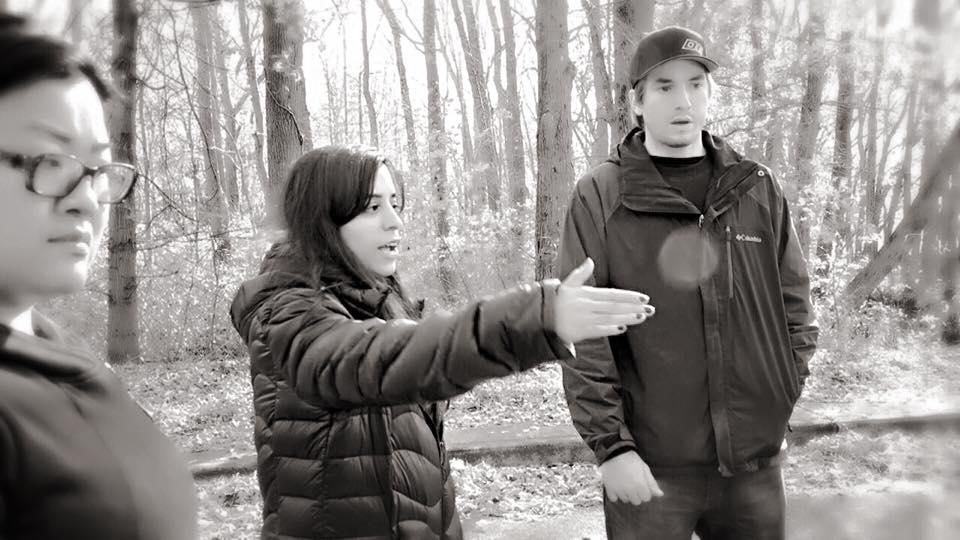 Why do think there are so few women in film making?

Unfortunately, men still dominate this domain, like they do others. Major studios and the existing pool of investors that thrive in the film industry are mainly composed of men. Thus, backing a female director and female centric stories is risky business for them (even though more than half of their consumers are female). I believe over time this will change, but women need to be encouraged and given fair opportunity to succeed like their male counterparts.

What is the best thing about your role? What do you love about directing?

I love everything about being a writer-director! I enjoy writing my own stories and creating a world given birth by my creativity.  As a director I am meticulous and I pen down every detail that goes into every element of the film, whether that be set design, costumes, action, or music to create a sense of authenticity. I also immensely enjoy collaborating with actors and exploring the depths of their characters. Extracting memorable performances is my primary goal as a director, and it is truly fulfilling. 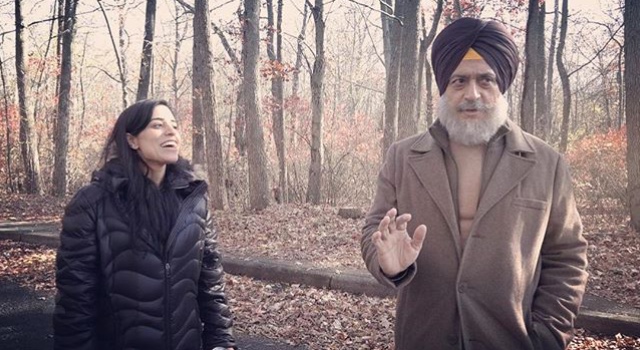 Who is your dream artist you would like to collaborate with?

A brilliant actor, producer, director, and a man of infinite talents — Aamir Khan. It would be an absolute dream to work with this stalwart, as his work ethic, cinematic sensibilities, and ability to create offbeat films that have both universal appeal and commercial viability is inspirational, admirable, and in line with my own aspirations as a filmmaker.

What kind of films do you plan on writing/directing in the future?

I plan on writing and directing a variety of different kinds of films in the future. I would like to make mainstream Indian films as well as independent international films that have a global appeal. In terms of genre, I am interested in rom-coms, thrillers, dramas, and coming of age stories. I am also interested in exploring the female gaze, so my films will mostly revolve around a potent female protagonist or the female point of view.

“Forbidden” continues to challenge communities near and far to push beyond what society deems “appropriate.” Similar to her main character, Jasleen, Vibha Gulati continues on as a fiercely passionate and driven filmmaker, making a difference across all cultures.