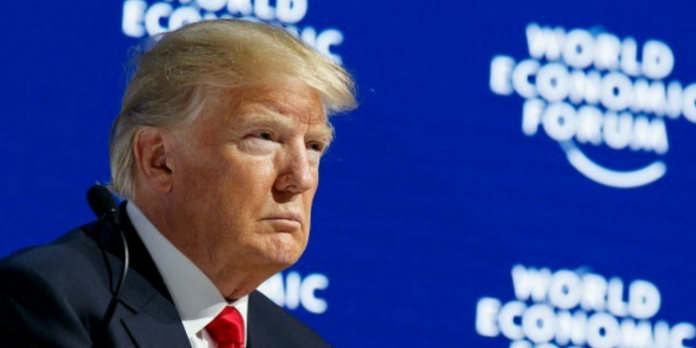 House Speaker Nancy Pelosi has invited President Trump to deliver the State of the Union address on Feb. 5, following the reopening of the government after the longest shutdown in U.S. history.

After telling reporters the address will be rescheduled once the government has reopened last Friday, Pelosi spoke with Trump on Monday and formally invited him to speak at the House chamber.

‘When I wrote to you on January 23rd, I stated that we should work together to find a mutually agreeable date when government has reopened to schedule this year’s State of the Union address,’ Pelosi wrote in her new invitation to Trump. ‘In our conversation today, we agreed on February 5th.’

‘Therefore, I invite you to deliver your State of the Union address before a Joint Session of Congress on February 5, 2019 in the House Chamber.’

‘Thank you for your letter inviting me to deliver the State of the Union Address before a joint session of Congress on Tuesday, February 5, 2019,’ Trump wrote in reply.

‘It is my great honor to accept. We have a great story to tell and yet, great goals to achieve.’

The decision to originally cancel the address was made following an exchange of letters between Trump and Pelosi.

As told by CNN, Trump had insisted earlier in a letter to Pelosi that he was planning on presenting his annual address from the chamber of the U.S. House as planned, this was in response to a request by Pelosi to postpone the address. Trump’s letter essentially dared the House Speaker to formally disinvite him from delivering the yearly message.

Hours later, Pelosi replied to the dare, saying she would refuse to bring up for a vote a measure that would allow Trump to speak and that the House will not open their chamber to the president on Jan. 29.

‘I am writing to inform you that the House of Representatives will not consider a concurrent resolution authorizing the President’s State of the Union address in the House Chamber until the government has opened,’ Pelosi wrote.

The president spoke of the news at the White House Wednesday and said he believes Pelosi’s decision will leave a permanent stain on the nation, according to the Washington Post.

‘The State of the Union address has been canceled by Nancy Pelosi because she doesn’t want to hear the truth,’ Trump said. ‘She doesn’t want the American public to hear what’s going on. And she’s afraid of the truth.’

I hope they know what they’re doing for their party,’ Trump added.

‘We just found out that she’s canceled it. And I think that’s a great blotch on the incredible country that we all love. It’s a great, great, horrible mark.’

Trump added that he does not think this has happened before making this a “very, very negative part of history.”

Prior to his conversation Monday, Trump has not verbally spoken with Pelosi since a Jan. 9 meeting in the White House, which Trump abruptly left after Pelosi told him she would not support funding for Trump’s long-promised border wall, according to a congressional aide familiar with the matter, the Washington Post said.

Although Pelosi’s hold out for the speech may have been a factor in Trump’s decision, his growing disapproval rate among American voters along with massive airport delays and roughly 800,000 furloughed workers on the brink of missing their second paycheck is likely, and hopefully, a greater factor in his decision to sign the short-term deal.

No agreement has been made to provide the funding for the border wall at this time and the president hopes to negotiate a deal to fulfill his long-time campaign promise to build a U.S.-Mexico border wall.

According to news reports, if funding for his border wall is not secured by the end of the negotiation period, Trump said he is prepared to shut down the government again or issue a national emergency declaration in order to get the funding.