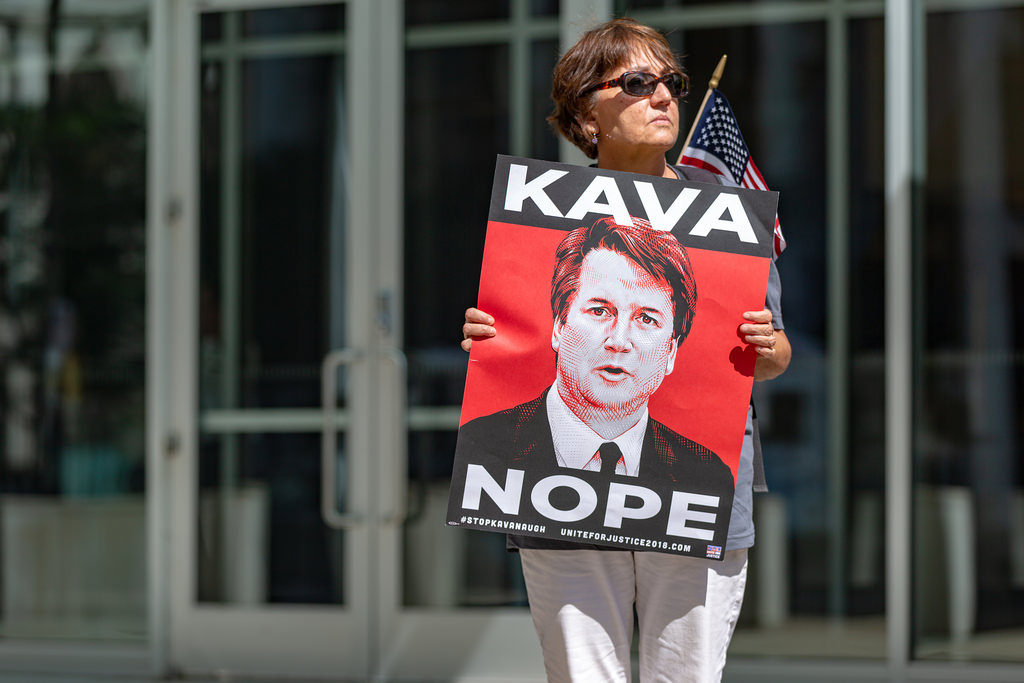 I know a Brett Kavanaugh, and I bet you do too.

Brett Kavanaugh is the guy you grew up with next door, went to high school with, but in the absolute worst way possible. Yeah, I have my Kavanaugh. I’m sure you do too.

He’s the kind of guy that seems kind of Christian, kind of mild-mannered, kind of sweet, kind of cute. Enough to make you relax your shoulders when you pass him on the street or in the classroom hallways. He’ll always nod his head in recognition of your presence, almost in a way to let you know he sees you… But not enough. This nod is enough to make you feel like you desire his approval, but you don’t know that yet. Yeah, I have my Kavanaugh, I bet you do too.

He has a sixth sense, a cruel testament to his intelligence, of where he can diagnose weaknesses in a woman, and know what to say and do. I never had to say a word to my Kavanaugh about my low point, he already knew. Uncanny but strangely sensitive. It first feels like a blanket of warm comfort but slowly changes but you fail to listen to your instincts. I know a Brett Kavanaugh, and I bet you do too.

[Read Related: To Save South Asian Rights, We Must Vote For Them—Now.]

That warm blanket of comfort suddenly changes to cold predation and before you yourself can process the dramatic shift, it’s done. Fight or flight doesn’t work on these guys.

Once it’s all said and done, there is only a trail of tears left behind and an oath of silence. Why cry over spilled milk? Did we not put ourselves there? We didn’t listen to our instincts so who else is to blame? Question after question after question thrown within the walls of our mind and faster and faster those walls close in with no one to tell. The worst part of knowing a Kavanaugh is when you finally do pull together a tiny ounce of courage to speak up, there is nothing short of a roar of criticism aimed at making sure you are proven wrong. What makes it even worse is the people who are supposed to support you ask “why didn’t you report?,” “why didn’t you run?,” “did he think you liked him so he went ahead?” Questions that force you to reexamine every minute, every second.

Men like Brett Kavanaugh don’t change, they just evolve and become more tactical. They don’t show remorse, not because they don’t care that they did something wrong, but because they genuinely don’t think they did anything out of the ordinary. These men claim to respect women but their outward grandiose claims of respect are a simple blanket to cover the anger and lack of humanity they have towards us. When Brett Kavanaugh got his seat on the Supreme Court, this one decision told every woman that they are worth nothing. Girls are an empty shell with no purpose but animalistic gratification devoid of the capability to be respected. It’s sad that I expect nothing less. It’s sad that I expect nothing more; It’s sad that I will probably have to give the same oppressive lecture on safety to my daughter that my mother gave me and my grandmother gave her. To be honest, I’m tired of expecting good things out of a morally corrupt society that is only emboldened by the oppressive male mediocrity that is this administration.

Fighting sexual assault has never been a women’s issue, it has been a man’s issue. It’s up to perpetrators to stop – not women to stop being women. I hate to say that there is no resolution, I hate to say that nothing will change, but let’s be honest, the same cycle of “oh my God I can’t believe it,” to “this is horrendous let’s talk about it and change it,” to the eventual final stage of the next problem that is deemed more important will never end. We have all such a short attention span that it takes several women being victimized and finding the courage to speak to even be raised as a topic of conversation. Absolutely nothing will change. Nothing will change until men start coming out by the numbers and challenging old thoughts. But please prove me wrong, because I don’t want my daughter to know a Brett Kavanaugh too.

Harshita is a princess who is here to fight the patriarchy and mental health stigma among the South Asian community. Though from the states, she is currently studying Biochemical Engineering in Europe and wishes to come back to the states to study law and possibly go into politics. Her main love is writing scripts on topics regarding empowerment and hopes to one day have one of her films made.

Dear NOT ALL White Feminists: Put Down Your Trump Sign, Pick up a Mirror

Why We Need to Break The ‘South Asian Mentality’ of Success

‘Haider’ is Perfection as the Bollywood ‘Hamlet’