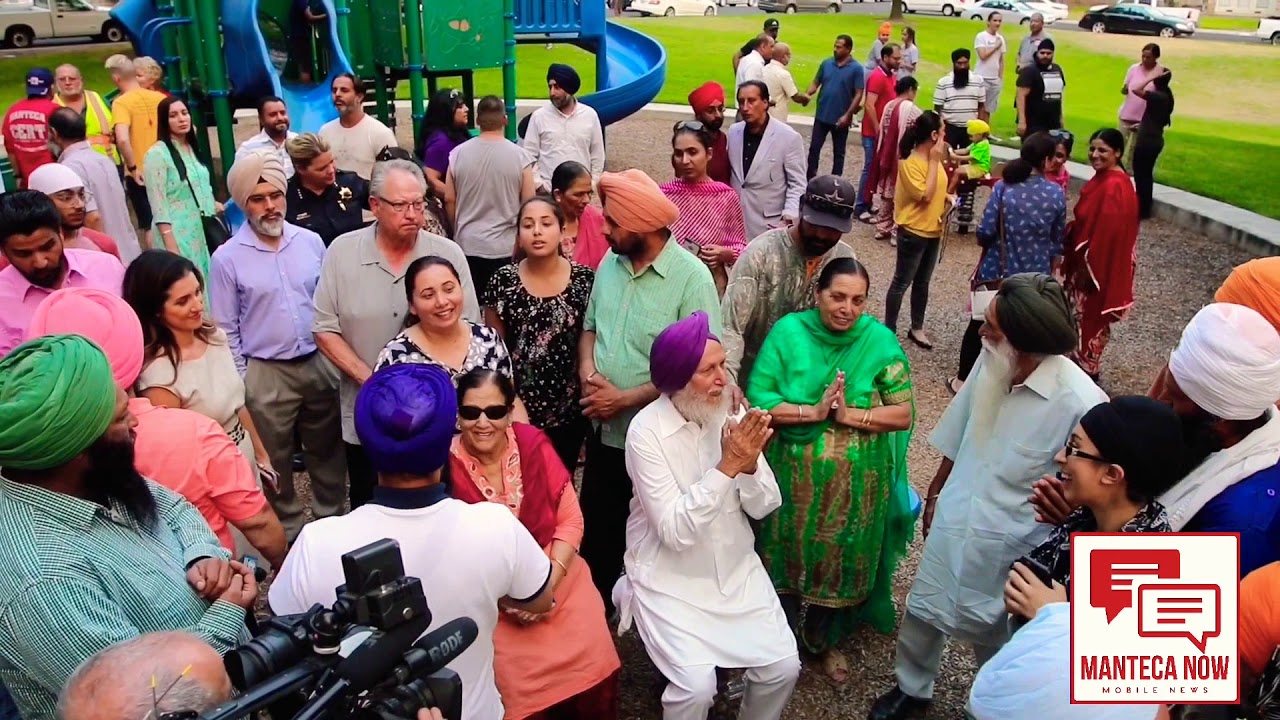 You probably haven’t heard of the brutal attack on 71-year-old Sahib Singh Natt, someone I would refer to as “uncle ji” if I saw him in the halls of the gurudwara. Let me fill you in:

Singh was taking an early morning stroll by a park right near his home in Manteca, California on a typical Monday morning when two hooded men confronted him, knocked him to the ground causing him to hit his head, and then repeatedly kicked him as he lay there defenseless, and spat on him before finally leaving him there alone.

And who were these mysterious hooded men? Well, the one who initiated the attack was none other than the son of the Union City police chief, Darryl McAllister. Yes, the son of the police chief was responsible for accosting and injuring a helpless old man. Although McAllister came out with his own statement about how disgusted and disappointed he was with his son, it doesn’t change the impact and significance of what happened.

What’s even more disheartening is that a similar incident occurred just days before to another Sikh male, Surjit Malhi of Turlock, in California. Yes, both incidents occurred in California people. Not some podunk town in rural Mississippi, but California, which is also home to one of the highest concentrations of Punjabi-Sikhs outside of Punjab.

Malhi was outside of San Jose putting up political campaign signs for Congressman Jeff Denham when two men came up to him from behind him and threw sand in his eyes, and like true cowards, struck his head and back from behind. His pickup truck was also vandalized with the phrase “go back to your own country” – really original there, guys! What is it, 2002?

So how is it in 2018, in this age of outrage, where brand new hashtags circulate every day, that hate crimes as egregious as these go relatively unnoticed?

Is it because, simply put, we are a minority of a minority? That the population of Asians in this country is a mere 5 percent and that South Asians are an even smaller subset of that. Therefore, we cannot get the same media attention because there aren’t enough of us to speak up and say no, we DESERVE the same coverage as other groups.

Unfortunately, this is the truth of the world we live in today and the world our parents immigrated to in the ’70s, ’80s, and ’90s. But what is the fix? Just keep procreating until our percentages go up into the teens?! Well even though I’m all for #BrownLove, I think the biggest way to impact society and spread awareness on the plight of South Asians, specifically turban-wearing males and hijab-wearing women, is to keep doing what we are currently doing with platforms such as this. We have created an online forum, specifically for us by us, to disseminate information and learn from each other. We need to accept the responsibility that no one will do our job for us and we need to do the little that we can by taking an interest in our community and being proactive.

Proactivity involving yourself in your community has shown to make a big difference in tolerance and acceptance. I mean, do you even watch Queer Eye? No, but seriously, the basis of their show is five gay guys traveling to extremely small, conservative—typically Christian—cities where they interact with people on an emotional level. I believe that if we can do so, even on a smaller scale, that will at least spark an interesting conversation.

The reason being is that it hurts. It hurts to read this in the news but it hurts so much more when no one else is talking about it too. I feel alone and helpless, almost like when my parents first moved to this country. But I don’t want to get caught up in the hate and let hateful people win, rather let me take this energy and fuel it toward something positive and most importantly, impactful. The Sikh community is the South Asian community and the American community. Let’s remind people of this.

Jasleen Kaur Chawla is a sassy but fierce advanced analytics analyst – whatever that means. She enjoys long walks through Sabzi Mandi and cuddling up with a good episode of "Real Housewives" and a piping hot cup of cha (not to be confused with chai). When she’s not evaluating marketing campaigns she’s running in the park, practicing her Pop Pilates or having lengthy conversations with her Maltipoo, Happy Singh.

Granny, Dadi, and Me

#DoYourOwnThing: What is the Correct Way to Promote Women’s Empowerment and Break Stereotypes?