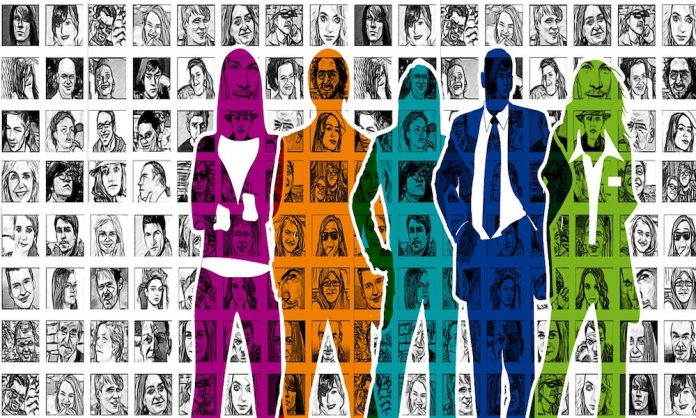 Who is an “inbetween” American?

It’s someone who doesn’t know quite how to pronounce her name. Should she pronounce it for an American audience, the way it was meant to be pronounced, or blend it?

Someone who fills out forms and checks (or ticks, if you prefer the British-English phrase) a mark next to something that’s not white. Even if some of that continent doesn’t look like that person, usually the person who’s checking or ticking doesn’t look like the people around her. And she’s reminded of it when she goes to the makeup counter, when she tries on certain clothes, when she says anything in another language.

An individual whose traditions and patriotism are constantly called into question, especially when shopping, driving, or flying.

A child who feels frustrated at not being able to do something simple and is asked, “So, how long have you lived here for?”

A person whose faith doesn’t have Hallmark movies, TV specials, or books that are read aloud in story circles. Or, if it does, it’s usually just whispered about by one side of the political aisle and shouted about by the other.

An American with a penchant for turning the media inside and out to find the ugly truths.

A man with something on his head that people stare at, trying to figure out, but don’t want to ask about.

A couple who’s stopped countless times to be told they are “such a beautiful couple” because they are two people holding hands who look different from each other.

A family with a last name people automatically dismiss as something different and don’t bother to pronounce.

A group of people who can’t sit around chatting in a language other than English because someone will feel compelled to say (or worse, do) something.

A speaker who is told, “Wow, your English is SO GOOD!”

A lady who tries on 50 shades of foundation and concealer, only to realize none of them work when she sees her reflection in the mirror.

An event planner who doesn’t know what time to set on the invitation for a party.

A kid who just wants a mug with his name on it, but the closest one doesn’t even come that close.

A parent who worries her daughter will end up forever alone if she doesn’t settle down now.

A lawyer who realizes, years down the line, she’s been saying the terms all wrong.

A citizen who is told to go back to where he comes from.