After months of speculation about their relationship and subsequent engagement, Priyanka Chopra and Nick Jonas put the rumors to rest, making it Instagram official. However, the announcement is even more special as it is in honor of their roka ceremony held earlier today at Chopra’s residence in Mumbai.

For those who don’t know, the roka ceremony is a pre-wedding ritual performed in the Hindu and Sikh religions during which the families of the soon-to-be bride and groom come together for the first time to offer their blessings to the couple. The tradition is a statement of the couple’s consent and intention to marry each other, after which they are considered engaged. A puja precedes the roka. 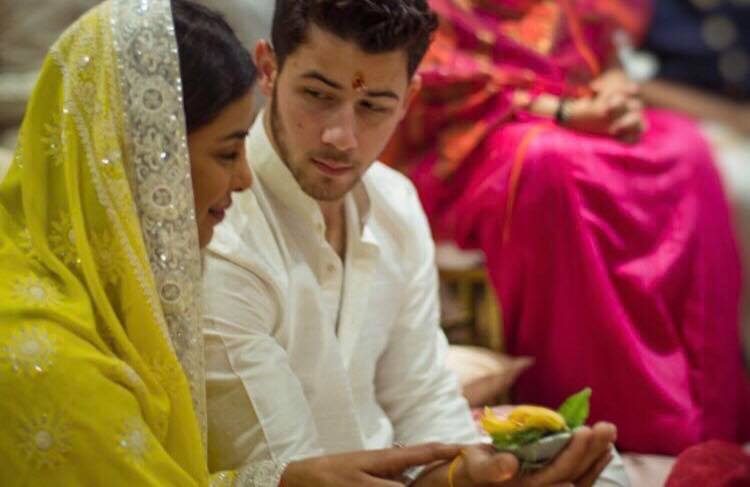 In pictures from the event that have now gone viral, Chopra can be seen wearing an embroidered yellow anarkali from designers Abu Jani and Sandeep Khosla with Jonas by her side in a traditional white silk kurta-pajama.

The ceremony was an intimate gathering of close family and friends, including Jonas’ parents, but is to be reportedly followed by an engagement party later today with a roster of A-list guests. 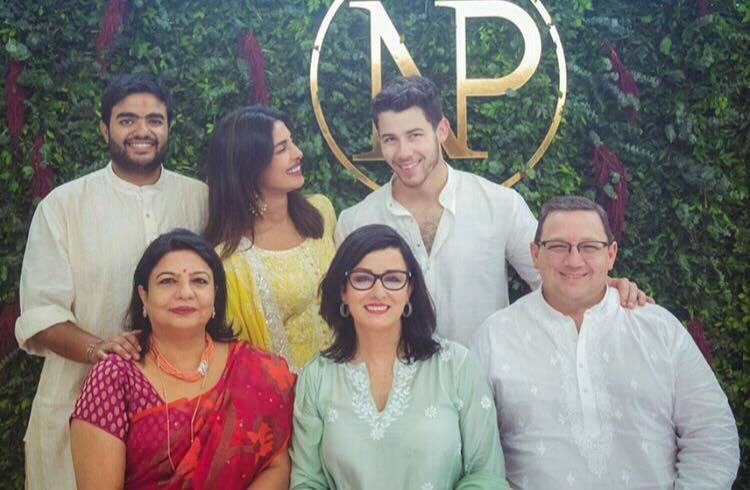 Of the first to wish the couple include Jonas’s father, Kevin Sr., his brother Joe and Joe’s fiancée and “Game of Thrones” actress Sophie Turner.

So happy for the engagement of our son @nickjonas and we welcome @priyankachopra into our family with love and excitement https://t.co/iPXJdB0BOp

I couldn’t be happier for my brother. Welcome to the family @priyankachopra We love you ? pic.twitter.com/zMgJBVwJjA

In an Instagram post with the same picture shown above, Turner wrote, “Wow. First I’m blessed with an incredible future brother-in-law, and now such an beautiful, inside and out, future sister-in-law. I’m so excited to welcome you into the family @priyankachopra. I love you both @nickjonas.”

Congratulatory messages from Bollywood came in the form of a touching Instagram post by Chopra’s cousin and actress Parineeti, as well as tweets from Anushka Sharma, Preity Zinta and Sophie Choudry.

Today I witnessed magic and a fairytale … When we were kids, mimi didi and I used to play “ghar ghar”. We would pretend to be shy brides, have imaginary children, and serve tea to our husbands! ?? cheesy, but its because we always believed in the magic of love and hoped we would both find that perfect man for us one day!! Today there was no pretending. I cant think of a more a perfect man for her. Like I said this morning, there are two ways of judging a human being. One – travel with them, and two, eat with them. Nick, I have done both with you. And so I know you’re perfect for her!! Love her, because she loves you like mad! Protect her, because shes strong, but a soft soul inside. I love you both and wish you all the happiness forever!!!!! HAPPY ROKA AND FUTURE WEDDING!! [email protected] @nickjonas

Lots of love , immense joy and happiness to you both @priyankachopra @nickjonas… Here’s to starting the most beautiful journey of your lives ??

They say love happens when you least expect it! Soooo thrilled for one of my favourite girls @priyankachopra ..You both look beautiful & so happy together! Stay blessed always???? Big love! P.s He sure makes for a cute videshi desi boy!? @nickjonas #PriyankaNickEngagement pic.twitter.com/CarU7Kl7Wx

Congratulations to my dear @priyankachopra & @nickjonas on their new journey together. Wish you both loads of love, happiness & togetherness always ? ting #PriyankaNickEngagement #Celebration pic.twitter.com/psNseJlibo

We are currently crying over how beautiful these pictures are. Congratulations to Bollywood and Hollywood’s new power couple, our desi girl and her new fiancé!