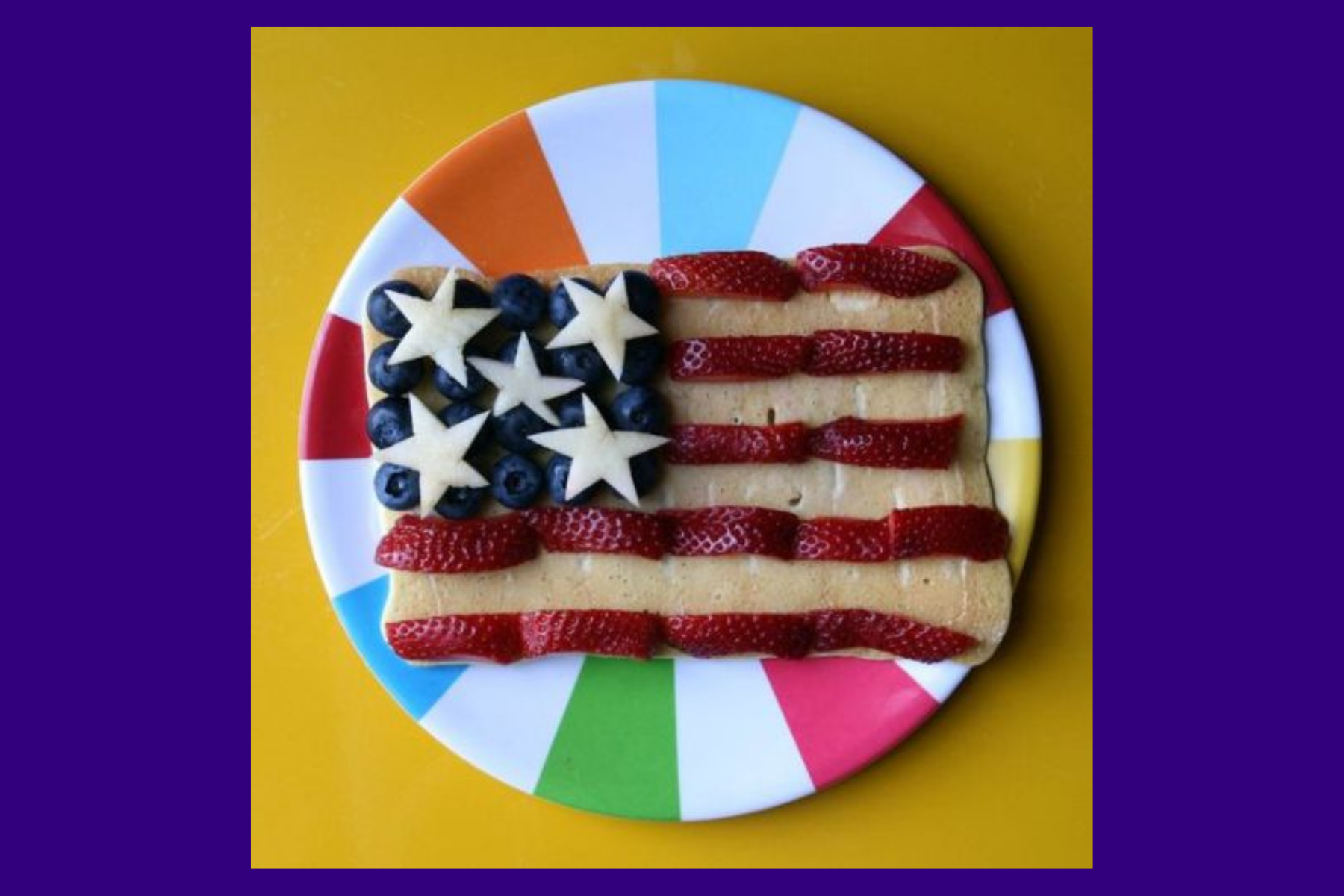 Sitting in front of the TV, age six, mouth open and barely eating my dinner, I watched a quintessential American sitcom with my parents. A mother called out to her kids for Sunday breakfast—pancakes, of course.

Living in Cyprus, that was the first time I had ever seen a pancake. For some reason, I was mesmerized by its shape and texture, and blurted out in front of my parents,

My father stared at me, perplexed. And from there on in, he took it upon himself to create the perfect pancake for his youngest daughter mainly because he was never one to shy away from a challenge.

I never realized this at the time, but that offhand comment brought about one of my favorite childhood memories: the summer of the pancake. True to his word, my dad spent that entire summer creating the perfect pancake. He tried various ingredients and cooking methods (at one point even deep frying the pancake out of sheer frustration, even though he very well knew a pancake was never deep fried). But my reaction was always the same. I would take one bite, shake my head and say, “That’s not it.”

Of course, that was usually followed by the same dialogue, “How do you know? You’ve never been to America or tasted a real pancake,” my dad would say loudly. To which I would always reply, with as much wisdom as a six-year-old could pull off, “I-just-know.” At the end of that summer, he gave up.

But I continued the dream of the pancake for the rest of the year and the day I’d move to America. But then years passed and I forgot about it. I moved countries, tried all kinds of exotic foods, and generally had a blast. Then finally, in 2001, I moved to the U.S. (specifically New York City) to join my sister who had moved here a year earlier.

I didn’t choose the best day to move to New York City. My first day in the city turned out to be September 11, 2001. Despite the fear and chaos around me, to this day, I am still impressed by the empathy of those New Yorkers who would overhear my sister telling her friends, “This is her first day in the U.S.” They would come over to me and say,

“Sorry you caught us on a bad day. Don’t leave. New York’s a great place to live!”

That was a day unlike any other and we were one of the fortunate ones to get out unharmed. My sister and her friends were able to get hold of a car and drive out of the city. As we drove out of New York City into New Jersey, my sister suggested we stop at a diner and get something to eat.  Sitting at a typical American diner, and thankful to be alive, memories of my childhood came flooding back when I opened the menu and read that “pancakes” were up for grabs. I instantly knew what I wanted to order.

That was 13 years ago. I am still living in the U.S. and loving it (as the McDonalds jingle goes). Now a proud American citizen, I often look back to my first day and try to remember if I had any doubts or regrets about my move. I didn’t. Even on September 11, a day of devastation, I knew I was here to stay. I knew I had finally come home.

Rachna Hukmani lives in NYC and is the owner/founder of Whiskey Stories. Having worked in the whiskey industry for several years, she is well-versed in the art of whiskey making, barrel aging, and mixology. She holds whiskey experiences across the tri state area combining whisky tasting with food, music, art, comedy and more. She is also a comedy performer/writer and performs regularly at sketch comedy, storytelling and stand up venues. Her passions include movies, cooking, dancing, traveling, fitness, running and shoe design. She dabbles in shoe art and has a collection of hand painted shoes that she’s designed. She is always feeling cold and always running late so she can’t wait till teleportation is a reality. She was born in Kuwait and grew up in Cyprus. She has an MBA in Marketing. You can follow her blog at http://rachach.com/.