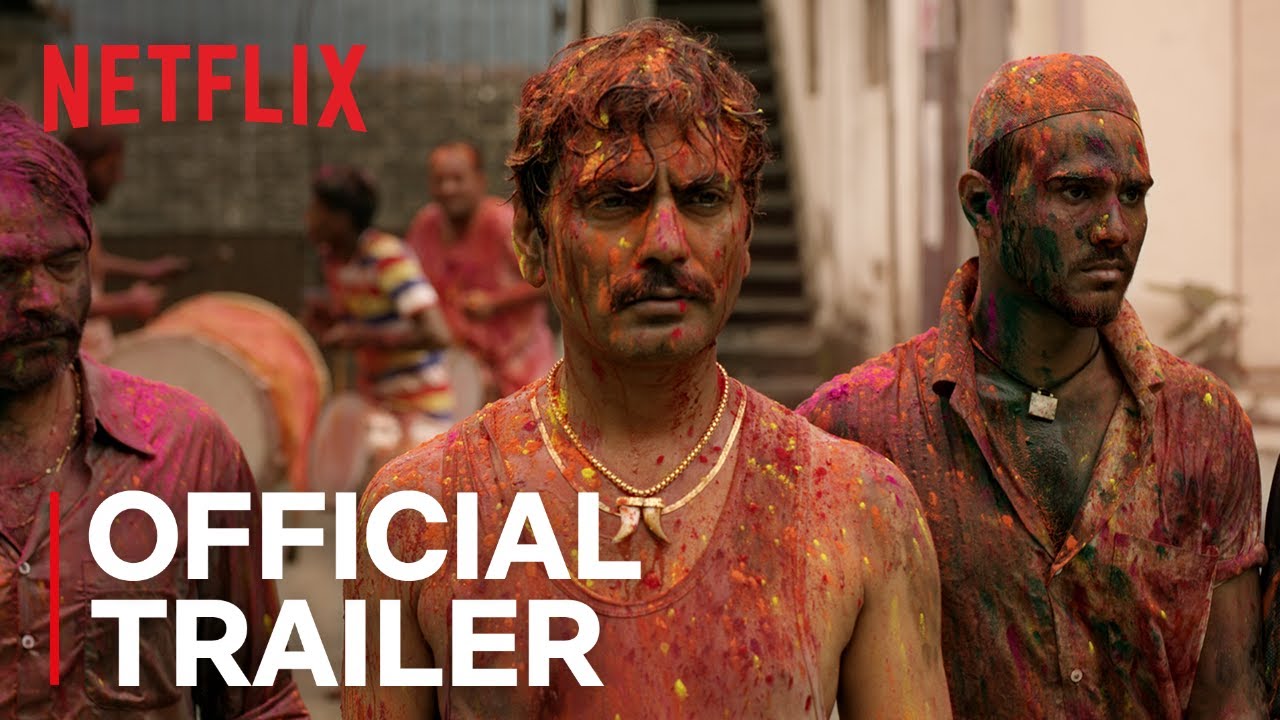 “Sacred Games” is the first Indian original series released by Netflix based on a 2006 novel of the same name by Vikram Chandra. Starring Nawazuddin Siddiqui, Saif Ali Khan, and Radhika Apte, it is a classic crime thriller told in the form of an epic saga that unfolds in Mumbai’s seedy underbelly.

The series is partly about the rise and fall of Ganesh Gaitonde, a notorious gangster that ruled the Mumbai streets in the 80s, and partly about the modern-day investigation carried out by Sartaj Singh, a jaded cop who pieces together the reason for Gaitonde’s mysterious suicide. All Sartaj knows is that something terrible will happen to Mumbai in 25 days. With a premise like that, it’s hard to go wrong.

“Sacred Games” is not only a narrative about its characters, but it is a story of the city of Mumbai itself. The politics and the social issues of the city constantly inform the characters and the show does a good job of merging the personal with the political. Of course, it deals with the corruption, violence, and crime as it is a gangster narrative. But it also focuses on bigger issues such as the Hindu-Muslim conflict, Partition, terrorism, and more.

The show does justice to Mumbai by depicting its beauty and its ugliness, unafraid to get dirty and disturbing. From animal violence, sexual explicitness, to even dismemberment, the show shies away from very little. While the plot can get confusing, the thrill is alive and well in the fast-paced turns of the story. One is easily drawn into the dark and dirty alleys of Mumbai as power is traded on the corner like currency.

It will come as no surprise that the highlight of the series is definitely Nawazuddin Siddiqui’s portrayal of Gaitonde. His gives us a relatable and empathetic villain. Yes, Gaitonde is the villain, even though it hardly feels like it. He is greedy, violent, murderous, power-hungry, and yet the audience still roots for him. Gaitonde feels more like a victim of his circumstance than an evildoer, and that is the mark of a good performance.

On the flip side, Saif Ali Khan’s portrayal of Sartaj Singh leaves more to be desired. Firstly, it is problematic that Khan was cast to play a Sikh character instead of a Sikh actor, especially when Sartaj’s religious and cultural identity seems more or less irrelevant to the plot. But even if we put that aside and look at performance alone, Khan still leaves us wanting more. Because of his status as a Bollywood star, Khan had more to prove to the audience. While he delivers a perfectly okay performance, he fails to dazzle, especially in light of Siddiqui’s great work.

Another shortcoming of the series is how it handles its female characters. It is very noticeable that “Sacred Games” is a man’s world, and the women of the story are collateral damage. Radhika Apte, the only main female character, is reduced to a robotic investigator with little backstory. On the one hand, it is cause for celebration that a woman can play the role of an unattached professional. However, it would have been better to have one that was fully developed as well, especially given the exceptional talent of Apte.

While the other women in the series — Subhadra, Zoya, and Nayanika — were emotionally developed, they only served as helpless victims that were too weak to survive the harsh realities of the underworld. They were used by men for sex or as punching bags, generally unable to defend themselves. And the characters that did get to speak up, such as Kanta Bai, got little screen time. The constant imagery of abuse, both sexual and physical, felt a bit too much. “Sacred Games” suffered from the same syndrome as “Game of Thrones,” to a certain extent — that being the abuse of women for the sake of fueling male experiences without any real attempt to address the issue.

The sole exception to this was Kuckoo, a tremendously interesting and powerful character in the narrative. She was bold and confident, with the gall to talk back to the most powerful of men. Despite once again being treated like a trophy rather than a person, she makes it clear that she operates on her own terms, and she maintains her bodily autonomy throughout. She may, perhaps, also be the first depiction of a trans person being loved and accepted without hesitation in mainstream Indian media, though unfortunately, they did not hire a real trans person to play the part. However, she, too, is denied the opportunity to endure, leaving Kuckoo’s story incomplete.

Another topic which “Sacred Games” leaves underdeveloped is the Hindu-Muslim conflict. The show does an excellent job of showing the diversity of Indian society, representing many religions, ethnicities, and languages. However, considering today’s political climate, the series does little to combat Islamophobia. While Islam is used to motivate the series’ terrorist subplot, little is done to redeem the Muslim characters of the show. They are depicted as either serving Hindus, or as villains of the story. On top of that, none of the main characters of the series are Muslims, and thus there are no fully realized Muslim characters that can speak to their experiences. For a series that wants to tackle the Hindu-Muslim conflict, this seems like an irresponsible oversight.

There are significant issues with the series, but all in all, “Sacred Games” is still a big leap in the right direction of the type of content Indian television should be and is capable of producing. The writing, cinematography, plot, and characters are well done. The cast puts forth a solid effort, with Siddiqui carrying much of the burden.

The show is grimy and dirty, but it is also realistic and bold. It maneuvers through many complex issues seamlessly, albeit imperfectly. If nothing else, “Sacred Games” is definitely going to be a pioneer in its raw depiction of Indian society. Just for that, the series is worth a watch.

Aparna from Netflix’s ‘Indian Matchmaking’ on Biodata vs. Reality