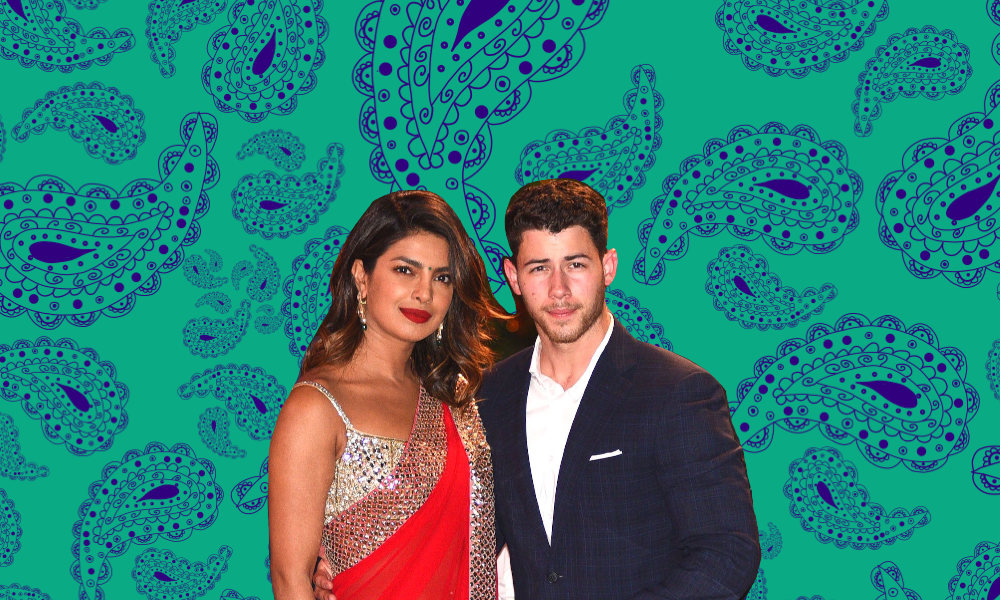 About two months ago, the news broke out that our Bollywood, “Quantico” star, Priyanka Chopra, was dating the Disney breakout, current solo artist Nick Jonas. Our reactions then varied from “This is a publicity stunt,” to “There’s no way they’re going to last, it’s definitely just a fling.” Hah, guess the joke’s on us!

There are rumours of Priyanka Chopra dating Nick Jonas?
10 year old me dancing to Desi Girl and Burning Up really didn't see this coming.

I’m pretty sure the entire brown population was thinking the same exact thing. “Desi Girl” and “Burnin’ Up” were both my childhood jams and them combining into one is a big deal. If you guys don’t remember “Burnin’ Up,” please watch the music video below, and I will guarantee it’ll be stuck in your head all day. Nick looks so young it’s adorable, even though he still has a baby face. Sorry, Nick.

Anyway, after watching young Nick in “Burnin’ Up,” who knew he would be making moves on a huge Bollywood actress in his future. Well, Priyanka Chopra is gorgeous so we don’t blame him for trying to lock her down after just two months.

[Read Related: Priyanka Chopra: Proud to Be a Woman of Color]

According to E! News, Nick Jonas closed out a Tiffany & Co store in London earlier this month to pick out the perfect ring for Priyanka Chopra. Now, we’re just dying to hear how he proposed to her exactly – was it on a romantic getaway perhaps with the family in India, or was it on the set of “Quantico?” We’re waiting for the deets, Priyanka!

The fans had a whole lot to say in their initial thoughts on the engagement.

HAHA, I AGREE GIRL, part of me thinks she could do better. But hey, love is love.

whats app blowing up with priyanka chopra discourse, but honestly? nick jonas is a perfectly acceptable starter husband since i'm not ready to marry her yet

I love this one, although I do hope they last. Come on, even the new Duchess Meghan Markle approves of this engagement!

To be honest, this was me, except I was a hardcore Joe Jonas fan back in the day. Joe, please don’t make me go through this and marry Sophie Turner.

Omg, YES. The best interview of all time will have to be done by Karan. I can picture the episode now: No filter, just pure Karan Johar, being sassy as hell towards Nick. Ooh, I can’t wait!

“So what are your intentions with Priyanka, spill Babe?”

Priyanka Chopra was also set to star in the film “Bharat,” with Salman Khan, but film director Ali Abbas Zafar confirmed via Twitter recently that Priyanka decided not to go through with the film. And he clearly meant to spill the beans about Priyanka and Nick’s engagement, given in the insanely obvious hints he dropped in his tweet.

Yes Priyanka Chopra is no more part of @Bharat_TheFilm & and the reason is very very special , she told us in the Nick of time about her decision and we are very happy for her … Team Bharat wishes @priyankachopra loads of love & happiness for life ???

Despite all the speculation, we are all very happy for Priyanka and Nick to embark on this new journey that they’re both about to take. Congratulations, lovebirds!

Nick, we have some expectations you must follow for the big brown wedding that Priyanka Chopra fans know she deserves:

We want all the A-list actors and actresses to be invited to the wedding. Hey Bollywood fraternity: You better come out and support Priyanka in droves.

Nick’s brothers Joe and Kevin must serenade Priyanka or dance to “Desi Girl” at the wedding.

The wedding venue should be in Goa, or some extravagant island.

Big Rob should make a comeback and handle all security measures for the wedding (if you’re a true Jonas fan, I’m sure you’ll appreciate this).

wait what do you mean a desi wedding lasts 7 days, has 14 ceremonies, 56 costume changes, 64 crore worth of jewellery and 10 million guests pic.twitter.com/BUFtVFtEJQ

Tayeba Hussain is a native New Yorker who is a true pop culture junkie, with dreams of becoming a talk show host with a giant cliché coffee mug one day, a la your next Tyra Banks, or Ellen DeGeneres. She has also been published on MTV news.You can keep tabs on her by following her on Twitter and Instagram.

‘The Mindy Project’ Recap: ‘Danny Castellano is my Nutritionist’ and ‘Fertility Bites’