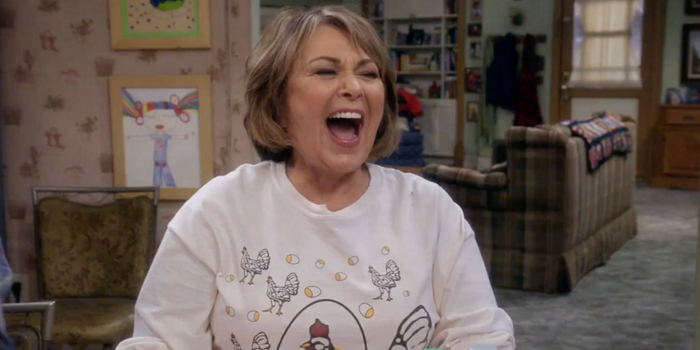 Barr, 65, starred in the sitcom since its original airing in 1988. The show revolved around a white, lower-middle-class family in Illinois who did not hide their financial struggles. Her self-named character was a mother of three, often harsh, brutally honest and extremely conservative.

In May 2017, the ABC network announced that they would release season 10 of the once-upon-a-time hit show, however, the social climate and culture in the United States have drastically changed since its original airing and it was not as well received by critics as originally anticipated.

Despite all the shortcomings the revival may have had in the contemporary climate, it was representative of multiple political opinions — Roseanne was constantly at odds with her sister Jackie, a self-proclaimed “nasty woman” and the two sparred over who they voted for during the 2016 presidential election. An entire episode of the show is filled with Hillary v. Trump jabs and even includes mentions of pop-culture protests such as “taking a knee.”

Yet, regardless of these inclusions in the reboot, the show still attracted negative attention — especially in the third episode where Roseanne’s husband Dan comments on shows about black and Asian families — leading to an overgeneralization by the main character where she proclaims “they are all like us, now you are caught up.” This remark minimizes the plight of African American and Asian stories, and while shows like “Blackish” and “Fresh off the Boat” are breaking ground in the representation of minority struggles it should be recognized that this type of inclusivity in prime time broadcasting did not happen overnight. It was a subtle comment that many might have missed but critics used these lines to once again categorize “Roseanne” as a show for a conservative, white audience.

Another episode echoes these sentiments when Roseanne becomes concerned that her Muslim neighbors are building a bomb, however, she takes the time and gets to know them and realizes that they have more in common than differences between them. This realization, while well, good and relevant, is still in line with insensitivity to the larger issues that minority communities face, especially living in a post-9/11 world.

The reboot did offer another reprieve, the cast included an African American granddaughter, who may never be thoroughly explained, and a grandson who is exploring his gender identity along with members of the LGBTQ community — but again, the show lacks sensitivity to the political struggles this group faces.

Although Barr apologized for her comments leading to the show’s cancellation it appeared to be too little too late — a notion the fallen star may have realized as she deleted several apology tweets.

Many of the other cast members of the show also took to Twitter to declare their disagreement with Barr’s comment. But, even that wasn’t enough to save “Roseanne’s” demise.

Roseanne’s recent comments about Valerie Jarrett, and so much more, are abhorrent and do not reflect the beliefs of our cast and crew or anyone associated with our show. I am disappointed in her actions to say the least.

All in all, it’s pretty certain that this is the last we will be seeing of the Connor family — unless a rumored spin-off is greenlit.

Subrina Singh holds a Bachelor’s Degree in Asian & Asian American Studies from Stony Brook University and a Master’s Degree in South Asian Religion & Philosophy from Columbia University. She is a contributing author in the anthology of Sikh love stories, Her Name is Kaur. Since its release, she has become committed to using her experience with mental illness to help better the mental-health awareness within the South Asian community. Subrina was a featured guest on TV Asia’s Shades of Shakti and has collaborated with organizations such as SAMHAJ NAMI, NYC Department of Mental Health & Hygiene: THRIVE NYC & The Humanology Project. She is proud of her journey and determined to use her own experience with bipolar disorder to help others suffering with mental health. In her free time you will find her binging 90’s TV series, singing Bollywood songs of the Golden Era and catching up on all things Barbie & Disney.

Choreographer and Dancer Rohit Gijare on Gaining Popularity Through YouTube

Is Beauty An Accomplishment? My Response to Priyanka Chopra Voted “Second Most Beautiful Woman in the World”