In the wake of the recent Unnao and Kathua rape cases, a range of reactions have emerged, from Swati Maliwal’s hunger strike to celebrity tweets and candle-lit marches across Delhi, Mumbai and Bangalore to push for greater respect for women. Those in power, however, have remained ambivalent to the cause, often evading the issue altogether even when directly asked to comment. Underlying Bhartiya Janata Party’s* lukewarm response, are pervasive perceptions of the Indian woman, which have been distinctly paradoxical in their portrayal of women. Time and again, Indian women have been presented as pillars of virtue and respectability on the one hand, and as dehumanized, sexual objects on the other.

It is futile to think about the portrayal of Indian women without first recognizing the role that tradition has played throughout history in shaping the notion of the ideal Indian woman. As a young girl growing up in a conservative, religious, household in South Bangalore, I was passed on information about what it meant to be an Indian woman via tidbits woven into bedtime stories, or more overtly, during encounters with elders at mildly overwhelming family gatherings.

In a classic cross-cultural study of attitudes towards rape, L’Armand and colleagues had two groups of people, one consisting of Indian respondents and the other American, evaluate the importance of chastity and virtue in determining the seriousness of rape. Strikingly, Indian participants highlighted the loss of chastity and virtuousness significantly more than their American counterparts. Traditional conservative norms, then, are markedly still at the core of what it means to be an Indian woman.

Consequently, deviants from this idealized blueprint are faced with punishment. Modernizing forces over the past few years have led Indian women to behave in ways that seem to attack the very foundations of traditional norms by dating, delaying marriage and pursuing traditionally all-male careers. In An Ambivalent Alliance, Glick and Fiske describe hostile sexism as the antipathy towards women who are viewed as usurping men’s power. At the macro-level, by breaking conservative ideas of womanhood that reinforce subordination, the modern Indian woman faces such hostile sexism in various forms, becoming a natural target for sexual assaults or at the very least, sexual objectification in a society rooted in tradition.

Returning to the Party’s ambivalent reactions to the recent rape cases, this paradoxical perception of the Indian woman emerges as being at the root of the problem. Women adhering to their proper roles–as demarcated by tradition—are revered as virtuous and chaste. Those who choose not to conform are denigrated, seen as ‘more responsible for rape than a boy’, and ultimately, deemed as unworthy of protest. Are we, as Indian women, resigned to a constant, high-stakes tussle between tradition and modernity?

Those who believe in an either-or narrative of womanhood will likely say no, but the experiences of women who have been able to balance both sides of the equation speak otherwise. In the words of Chanda Kocchar—50-year-old CEO, wife and mother of two—“Indian women can have it all”. The close link between traditional roles for women and their public perception suggests that a potential solution could be centered around increasing exposure to egalitarian roles, from a young age.

Conversations about respecting women need to move past a binary branding of women as either good or bad, traditional or modern, and deserving or undeserving. Now, more than ever, this shifting, dual identity of the Indian woman must be viewed as a strength and a testament to her ability to reconcile the old and the new, rather than a liability. 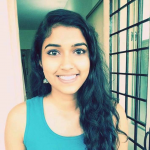 Apurva Nidgundi is an undergraduate student at Princeton University, NJ, working towards a degree in the Woodrow Wilson School of Public and International Affairs. On campus, she enjoys conducting public health research, volunteering, singing in a South Asian acapella group, and practicing martial arts. In the long-term, she aims to contribute to pediatric healthcare on a global scale as a physician and researcher. Apurva also founded a non-profit, AJANI (meaning ‘she who fights for herself’), in Bangalore, that aims to empower young girls from underprivileged backgrounds by teaching them self-defense techniques and organizing awareness talks.