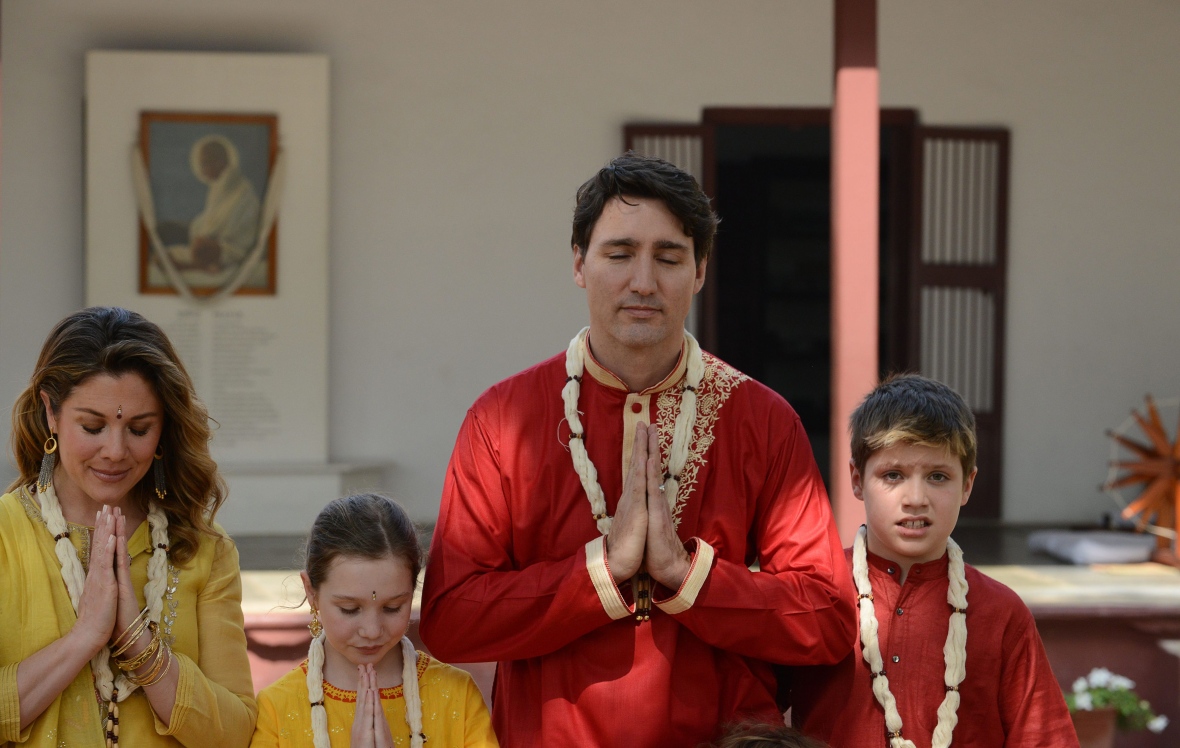 The last U.S. presidential election left many in awe as (using his own words) a “braggadocious” “pussy grabber” was sworn in as the 45th President of the United States — including America’s friendly neighbours north of the border. Interestingly, Canada and the US exchanged places as Canada moved on from its version of a disconcerting xenophobic Prime Minister to the polar opposite — Justin Trudeau.

Our nations evidently swapped positions like an old Lindsay Lohan movie, but in an eerie political form with emboldened racists, sexists, and well, everything penitent. Of course, the political right was extreme in the US version (aka alt-right, aka white supremacist). Nonetheless, as the oft-mundane political affairs progress in Canada, Prime Minister Justin Trudeau has also recently found himself in hot water after visiting my parents’ home country — India.

As with most of the political havoc that has proliferated over the past year, most of us have found relief through one primary outlet — the political musings of the comical genius that is Trevor Noah (and of course, our favorite brown boy Hasan Minhaj). “The Daily Show” host saw ratings soar as America’s political future grew precarious, which I would argue can be well attributed to the common individual’s desire to find humour in a situation that they cannot control. If you can’t beat them, laugh at them; that’s what I always say.

Likewise, a few weeks ago Vancouverites viewed Noah share his take on Trudeau’s political blunders during his performance at the Just for Laughs Northwest Comedy Festival that was not only hilarious but helped put Canadian political affairs in perspective. Trevor Noah certainly did it again!

Justin Trudeau gets a little too woke on his trip to India: https://t.co/IRHEJiEHQx pic.twitter.com/n5nHMICJFs

Although Noah did not comment on all the different headlines circulating Trudeau’s visit to India, he discussed the Prime Minister’s decision to embrace Indian culture and he somehow left us feeling better about Trudeau than we would have imagined.

Canada’s headlines have been swarming with political scandals all the way from Trudeau’s Members of Parliament (MP’s) breaking into parties in India to the Prime Ministers’ adoption of Indian garb, and his photo with a Sikh extremist who was convicted of murder. The Canadian Broadcasting Corporation has speculated whether Trudeau’s “botched” trip to India will impact political support for the Liberal Party and a Global News commentary has touted that Trudeau’s disastrous trip will not be forgotten soon.

The Conservative Party caused a ruckus in parliament, while others like the New Democratic Party’s leader Jagmeet Singh are calling Trudeau to further investigate claims of third-party intervention to tarnish Canada’s reputation in India. This is as exhilarating and intense as political scandals in Canada become; of course, we are no competition for the US, but things are stirring like when the first zeppelins began flying over quiet villages.

Some of this may be coloured by my love of Trevor Noah; I admit my bias, but there is more to his logic than my infatuation can cloud. Trudeau has garnered an exacerbating amount of negative attention for wearing Indian clothing (the Khalistan and MP concerns aside). Noah hilariously narrated the Prime Minister’s trip all the way from his family landing in India with folded hands, to wearing Indian attire and Trudeau showing off his Bollywood dance moves. Noah’s imitation of those dance moves was — in the most sophisticated language — on point (I was dying of laughter).

On a side note, Trevor Noah would make a great Bollywood dancer (a special appearance from Trudeau and Noah in the next Ranveer Singh blockbuster, maybe?). Jokes apart, after describing the entire affair, Noah discussed how Indians had very different reactions to Trudeau’s visit; some absolutely loved that he was wearing Indian clothing, and others felt that he was crossing a line.

Personally, I thought Trudeau’s visit was amusing because he seemed to try much too hard, but I never saw the issue with him and his family adopting Indian clothing. Honestly, I felt that all the criticism was coming from a racist backlash. Indo-Canadians were not complaining; most were delighted. Videos of the leading couple making rotis while on their visit to the Golden Temple were proudly posted on social media and our community was labelling him the “asli sardaar” (true leader).

As an individual who has been working in the media over the past two years and diligently infiltrating through the latest news in Canada, I have learned a great deal about how racism covertly permeates discussions in Canada. The underlying discriminatory attitudes are masked with creativity, and a more intelligent approach is adopted to accomplish the same goal — which is essentially limiting people of colour. Nonetheless, the overt racism in the US has certainly emboldened Canadian Conservatives like Kellie Leitch and Andrew Scheer (both termed the Trump of Canada) to share their problematic views, though rarely.

If you still are not convinced, then the question remains, why are Canadians who are not of Indian origin offended by Trudeau’s Indian attire? The answer is obvious.

Noah further discussed how he had once taken it too far himself and suggested that Trudeau’s trip could be classified in the category of crossing a line with the best of intentions. Now, this explanation is only applicable to the few Indians who may have felt that the adoption of Indian attire was offensive or an example of cultural appropriation, but he makes a good point.

Noah also stated that sometimes Trudeau appears to try so hard to diverge his politics from Trump that he runs too far in the other direction and goes overboard. Overall, Trevor Noah hilariously compelled the audience to re-evaluate Trudeau’s visit to India and take into account where Trudeau’s actions emanated from, which is a significant point, considering that Trudeau’s cabinet consists of several Indo-Canadian MP’s who could have warned him if he was being offensive. Noah proceeded to compare Trudeau’s politics to the current political climate in the United States and the type of racism that Americans are facing.

This discussion, once again, made me appreciate the fact that our Prime Minister is being criticized for trying too hard to please people of colour, rather than the other way around. Our problems appeared trivial once compared to the issues pervasive in the United States. All of a sudden, we became the ungrateful spoiled brats of a progressive nation whose Prime Minister was trying his best.

Thank you, Trevor Noah, for making some of us appreciate our current state of affairs.

Rishma Johal graduated from Simon Fraser University with an M.A. in Gender, Sexuality and Women’s Studies, and B.A. in History. Rishma is an anti-racist feminist as well as an advocate for intersectionality and social justice. Recently, she has been working as a reporter for a major South Asian network, and covering a wide range of stories from serious social and political events to interviewing politicians and celebrities on-camera. Rishma has also hosted a variety of events and emceed many Indian concerts. Overall, she loves dancing and is a complete Bollywood fanatic!

How ‘Photograph’ Captures Class and Identity: An Interview with Director Ritesh Batra

An Interview With Sonny Joshi: Founder of MeeraMeera Rental Boutique

New Zealand Actress Sabby Jey on Colorism and Accepting Yourself