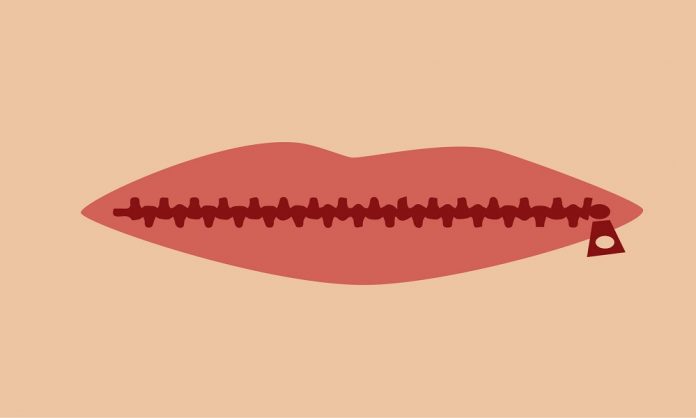 When sporting my journalistic hat, I tend to sniff out stories from unlikely sources, wherever they are hidden. I look out for news, dropping into places to see what is new. This time around, however, I wasn’t particularly looking for a story. I was just making small talk with a friend, who I would call Amber, sipping tea in the chilly, wintry breeze; the stillness of time hanging heavy in the thin air; the late afternoon light filtering through the branches of a tree.

Amber kept rambling about her married life and parental responsibilities, and how both were in permanent need of repairs or adjustments like an old car needs maintenance. I pretended to listen to her, albeit inattentively, all the while thinking about the most plausible excuse for not meeting a story deadline. And just in that moment, I snapped out of my reverie at the mention of the word khatna (also known as circumcision).

[Read Related: Michigan Doctor Arrested: It’s Time to End Female Genital Cutting Once and For All]

Suddenly, my eyes and ears were attentive, in perfect union. In that rare and curious moment, I dared to ask her if she was talking about Female Genital Cutting, a practice I thought did not exist in Pakistan. For a split second, I thought I might have violated an unwritten code of ethics. Maybe I had not phrased the question to fit the language of social architecture. It was too late now, but I still tried to rephrase the question, spitting out tiny fragments of sentences; struggling to find the right words and dwelling on the worst possible response.

The response was startling, if not dreadful. All this while, she was complaining about her 10-year-old daughter who had recently been cut and refused to urinate for several hours. Amber was worried that her daughter would develop an infection if she held it for too long. Perhaps, for me, this was the worst part. This limbo of not knowing whether to ask more questions, given the sensitivity of the topic. But, I gave in and flooded her with queries.

If there is one thing Amber knows about me is that I listen keenly without ever coming across as judgmental. I assume it’s because of my profession. People never ask me what I think, and I never tell them what I think, because in my view that’s the way a journalist is ought to behave.

The initial conversation got me thinking. I made several attempts to talk to Amber and determine the extent of the issue. She would mostly respond in bits and pieces, leaving me more confused than ever. One day, however, she started talking more openly; justifying the practice and expressing concerns over how misunderstood her community is. It was in that fleeting moment that I knew I had plunged into murky waters. I was ready to write my next story, except I was in a state of moral anarchy.

As I investigated the matter further for my piece, I realized something important had changed. The social architecture that dismisses the inconvenient truth of FGC was changing fast, but only among the younger generation of Bohra women. Outsiders, however, were still largely unaware of the practice. These women were speaking up in numbers too big to ignore. What was holding them, however, was the horror of bringing shame to their families and a subsequent fear of revealing a reality that would rather be rationalized away.

Listening to the stories of vulnerable women gave me sleepless nights. I felt burdened with a sense of responsibility too heavy for my shoulders to carry. They had expectations too great for me to fulfill; each one of them hanging on to the hope that my story will stir up a conversation in Pakistan and possibly bring an end to this practice.

A month later, I had almost finished writing the story despite my own uncertainties and misgivings. In my limited experience as a young journalist, I had done stories on sensitive topics but nothing came close to this. To counter my persisting doubts, I had the story edited by a trusted senior colleague who showed nothing but the greatest respect for my brave efforts. I was finally starting to feel a sense of gratification; a tiny ray of hope for giving a voice to the voiceless. I was ready to put it out before the general public. However, the journey was far from over.

The path ahead was ridden with disappointment. Pakistani media organizations refused to lay a finger on the piece due to sensitivities. I was told that I had crossed the comfort zone for the general public. The article caused a stir and went on clearance after clearance; each time censoring important chunks of information and eventually being turned down.

[Read Related: The Secret is Out: Banning Female Genital Cutting in India]

I was aware of my country’s heavily censored media and the difficulties journalists had to overcome to report sensitive topics. However, my experience landed me on a different playing field altogether; one that was far from level. I was now a victim of the epidemic of shameful silencing. I was among the people who were hurt, humiliated and degraded because I had made the mistake of speaking out. I had forgotten that stirring up a conversation would dismantle the stronghold of patriarchy. I was asked to retreat and swallow my resentment, to bear up and direct my fury elsewhere. Or turn it inwards. Or stomp it out altogether.

As I sit here in silence, I feel the guilt of betraying the survivors and the fury of being betrayed by the so-called representatives. The former, a betrayal of hopes and expectations. The latter, a betrayal of attitudes. This unbearable pressure has crept into me like a blazing fire – at first slow but fast turning into an inferno.

I exist in perpetual isolation and emotional turmoil. I am left to untangle the web of reasons why all my efforts backfired. I wallow in the awareness that no one will ever acknowledge the existence of an otherwise contested practice in my country. Every time I think about taking a small step in a positive direction, I am reminded of the faces of responsible individuals shut tight with lack of concern, or with apprehension that the conversation may open a gateway to a potentially dangerous territory that could affect them. 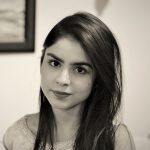 Hina Javed is a Pakistani journalist passionate about human rights reporting with a focus on gender, sexuality, and health.

Censorship: Does it Help Maintain the Peace or Cause Ignorance?

Want to Write For Brown Girl? Tips For Getting Your Content Published

Brown Boy of the Month Jovan Heer Talks About His Success as a DJ, Journalist, and Artist Manager