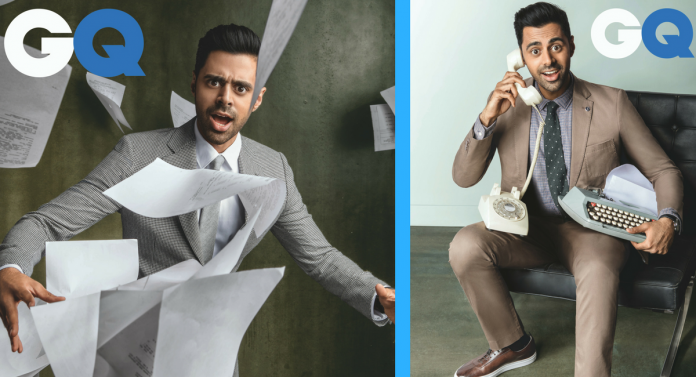 The following excerpts and photos are courtesy of the GQ India team.

Hasan Minhaj, the senior correspondent on The Daily Show and creator of hit Netflix special Homecoming King, is GQ India’s newest cover star. An astute political satirist, captivating story-teller, and dapper dude, the choice of Minhaj for the GQ cover is a no-brainer.

In the GQ spread, Hasan speaks about his upbringing and unique brand of comedy, shedding light on his journey and approach. We learn about Hasan’s early beginnings as a first-generation immigrant and then as a political science student at UC Irvine, where he discovered his love of comedy. He subsequently began performing at open mic gigs, had a brief stint in tech support following graduation, and started a comedic web series called “The Truth with Hasan Minhaj.”

After several years of working on his craft, Hasan had a life-changing opportunity arrive in his late twenties—an audition for the last correspondent position on The Daily Show. Minhaj seized the opportunity and landed the position. It was at The Daily Show, under the tutelage of Jon Stewart, that Minhaj refined his comedic repertoire with skills from a “journalist’s playbook.” His ability to craft and present the best argument from a barrage of information stems from the journalistic insight he developed at The Daily Show. It’s this keen awareness and refreshing analysis of complex sociopolitical issues that led him to be selected as the keynote speaker of the 2017 White House Correspondents Dinner and 2016 RTCA Dinner, both lucrative gigs for any comedian. 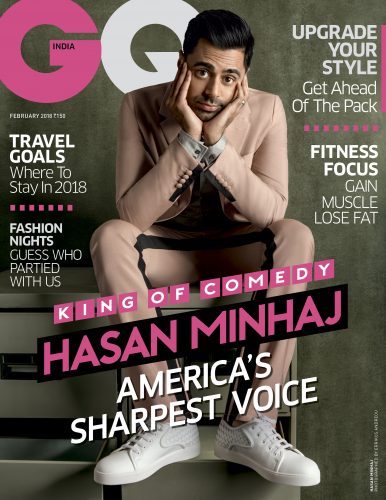 For Minhaj, comedy and journalism are two sides of the same coin: one that pushes people closer to the truth. Minhaj says jokes are secondary, a vehicle to convey his viewpoint and connect with his audience. Upon Stewart’s departure from The Daily Show, Minhaj began to think more about his own path and “how he could push his art forward.” It was around this time he started laying the groundwork for his hour-long Netflix special, Homecoming King, which draws heavily from Minhaj’s personal life. If political satire is how we came to respect Minhaj, Homecoming King is how audiences got to know and fall in love with him. With his geeky yet charming persona, Minhaj weaves a heartwarming coming-of-age Indian American immigrant story. By telling his story, Minhaj holds a mirror to each of our own experiences, and using his journalistic skills, he frames these experiences within the larger context of race, religion, and social structures which influence the minority experience in America.

In my eyes, what sets Minhaj apart is his profound impact on an entire generation of first and second Indian-Americans who are now coming of age. Thanks to Minhaj and a handful of trailblazing Indian-Americans known informally as the “Brown Illuminati,”my generation knows we can have the “audacity of equality.” Now that’s powerful. Minhaj deserves all this recognition and more. Check out his full feature in GQ India! 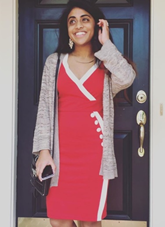 Sruveera is a graduate of William & Mary where she majored in Neuroscience and minored in Public Health. She also holds a Master’s degree in Physiology from Georgetown University. She currently works for a health policy think-tank in Washington, DC. With community engagement as a driving force throughout her entire life, she hopes to one day combine her background in medicine, her love of public service, and strong advocacy for social justice issues to make a difference in the world.