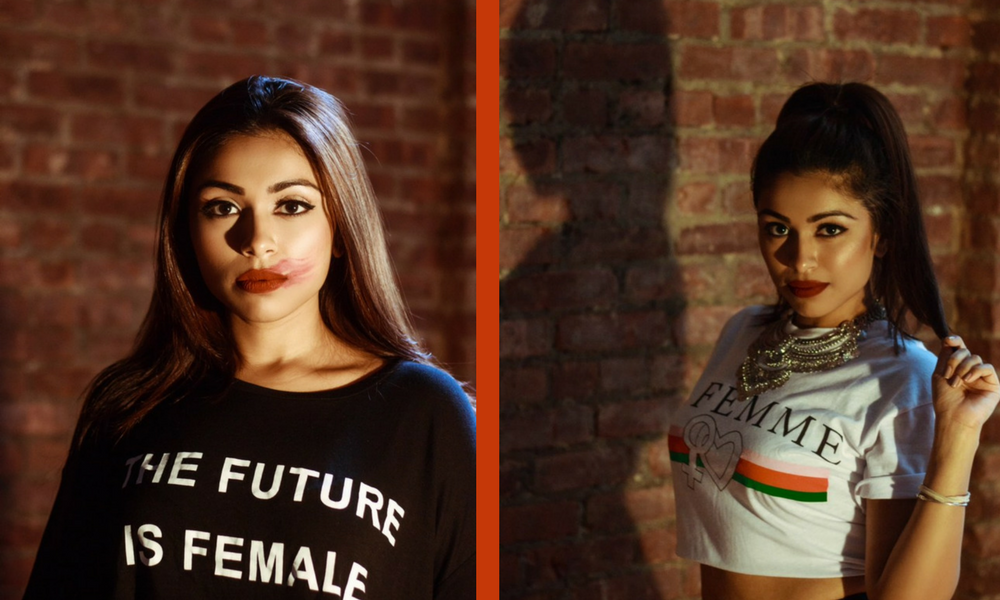 The following post is a part of the #BleedingLove photo series—a campaign which aims to break the stigma around periods in the South Asian community and around the world. We came together to raise awareness about the struggles women face in regards to menstrual health in the hopes of promoting menstrual equity and in turn, gender equality.

Ever since the age of 11, a major transition in my womanhood, something that was terrifying and new to me at the time, and that I did not know much about, happened. Ever since that early age and the beginning of my womanhood, I knew these few days each month as the “sickness.”

That is what I was taught, that is what stuck for a really long time. I was taught that I was unclean during this time, that I could not go into houses of prayers, that I had to sit out ceremonies while everyone else prayed as if I was wearing a scarlet A on my chest.

Everyone looked at me as if I was filthy and would not come near me during any religious events. I started to believe it on my own while grimacing through debilitating cramps every month. I ostracized myself at that early age and just sat in the corner until I was “cured” of the sickness. It was as though I was being punished. Punished for being a woman. That is what I was taught to look at menstruating as.

Looking back at that outlook now, I am amazed at how wrong I was. How wrong my culture was for teaching me and all the other little girls who were becoming women that this natural phenomenon that our bodies go through, the symbolism of womanhood, something beautiful that marks our bodies telling us we are mature enough to bear seeds and nurture a life inside us was looked upon as a “sickness” and something we should be ashamed about. This is not right. And there is not enough celebration of our womanhood and everything it entails including the scientifically beautiful cyclic shedding of our uterine linings, in our South Asian culture.

We should teach the girls how to cherish their bodies. Their periods are the reason they are the feminine, fertile, incredible women of our future, that this is not a sickness, and definitely not a punishment, it is a right of passage, and a physical and spiritual awakening and something that we should hold proudly.

Thank you to our partners who made this photo series a possibility.

Real and Easy Ways to Fight for Menstrual Equity

‘Padman’: The Bare Minimum of the Newly-Woke Bollywood

#BleedingLove: The Bloody Truth About Periods

The Perfect Combo of Carbs, Cheese, and Masala to Feed Period Cravings