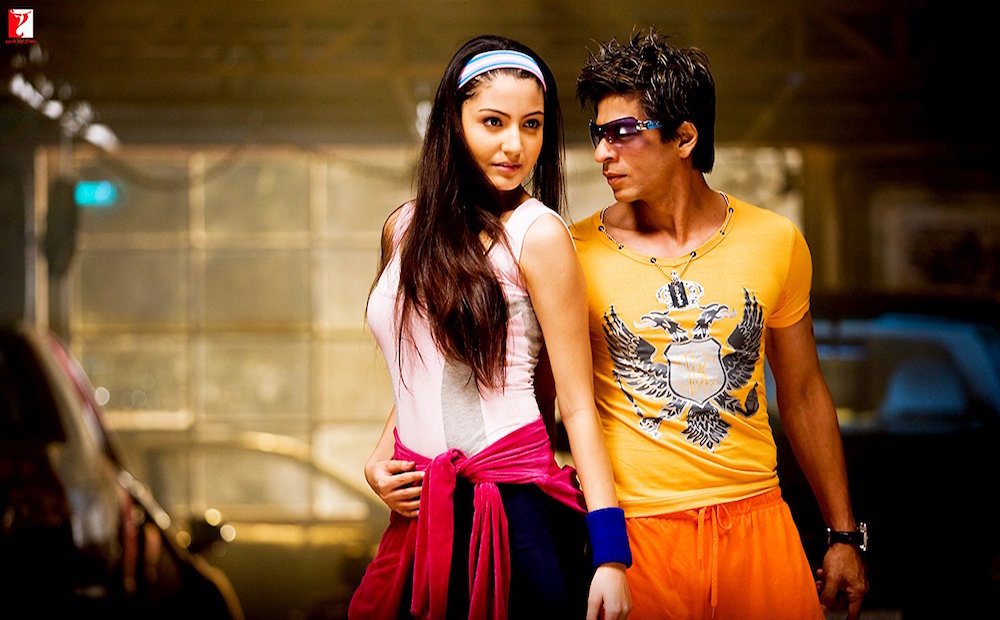 It seems like 2008 was just a few years ago, yet a full decade has gone by since Bollywood had one of its most successful musical years in its history. From the super regal soundtrack of “Jodhaa Akbar” to the beautifully romantic tunes of “Rab Ne Bana Di Jodi,” 2008 had Bollywood songs for everyone.

Here’s a list of 25 Bollywood songs from that year that still get our hearts stirring and toes tapping. Do you feel old yet?

This was Anushka Sharma’s Bollywood debut! Who would’ve known how quickly she would take up Bollywood by a storm? 10 years later, she is still one of Bollywood’s best actresses, and she even runs her own production company! What a badass.

This movie faced a ban in Ambala, India, since many Rajput members believed Jodha was Akbar’s daughter-in-law, rather than his wife. As a result, director Ashutosh Gowarikar hired historians from Delhi, Jaipur, Agra, and Lucknow to help him depict the film’s story in the most accurate manner. Lucky for him, he didn’t face the same uproar Sanjay Leela Bhansali and team continues to face with “Padmaavat” (formerly known as “Padmavati”).

This movie introduced to us the super cute Imran Khan, nephew of Aamir Khan. Even better, Aamir Khan also worked as producer of this film.

Did you know: Katrina Kaif, Preity Zinta, and Amrita Rao were considered for the female leads in this film!

Throwback to Snoop Dogg featuring in a music video in this film.

The lyrics of this songs are just… WOW… Seems like 2008 really did have songs for everyone.

Katrina Kaif had a big year in 2008 with three major releases, two of them being box-office hits. And this song really cemented her danceability, before the juggernaut that was “Sheila Ki Jawaani” in 2010, of course.

We do think maybe Shahid Kapoor could have danced more in the film version of this song, but who can hate a catchy tune featuring Hard Kaur?!

Is it still a little jarring for anyone else to see Aamir Khan with this intense of a six-pack?

Does anyone still remember this movie? At least the music is still beautiful! So thanks for that, A.R. Rahman.

Priyanka Chopra and Kangana Ranaut hit it so far out of the park with their performances in this movie. It’s no wonder they are still two of the biggest and most talented of Bollywood’s stars to this day.

This movie brought us the Bollywood acting debut of the one and only Farhan Akhtar, after his successful stint as director of films like “Dil Chahta Hai” and “Don.” As a result of this movie, our enormous crushes on Akhtar officially began.

This movie still features one of Hrithik Roshan’s best performances of the last decade. This also applies for Aishwarya Rai Bachchan.

It’s going to be hard to top the musically great year that was 2008, yet films like “Padmaavat,” “Race 3,” and “Veere Di Wedding” releasing this year give us hope that we’ll have some equally amazing soundtracks to listen to for ten more years.

What Bollywood songs from 2008 do you still listen to? Comment below!

Priyanka Chopra and Nick Jonas: Sangeet Time! Inside the Extravaganza of the Year

What Zayn Malik’s Career Tells us About Islamophobia

Anuradha Roy on the Dark and Lyrical ‘Sleeping on Jupiter’

10 Reasons Why Riz Ahmed Should be Your Next Crush