A licensed gun holder shot and killed my brother five years ago in Broward County, Florida. Today, he is a free man, living a normal life and still owns the gun that took my brother’s life. In the state of Florida, you are granted access to a gun once you’ve passed the standard background check. In the state of Florida, a person is justified in the use of deadly force if it is necessary to prevent imminent death or great bodily harm to him or herself.

This was not the case when it came to my brother. He did not cause great bodily harm, in fact, he was running away from the shooter. After he fell to the ground from the first bullet, the shooter stood over him to evidently take the last shot, “the kill shot.” The .40-caliber semi-automatic Beretta Storm jammed and his getaway ride was there just in time before the police arrived. My brother lay in the hospital for 14 days fighting for his life and our family was left to make one of the toughest decisions we would ever have to make. In his last moments, he could not speak or move but he had tears on both sides of his cheeks. He was 20 years old and had a smile that will always live in our hearts.

On October 1, 2017, 59 people were killed in the deadliest shooting in modern US history. The shooter was perched on the 32nd floor of the Mandala Bay Resort and aimed his automatic weapon towards a crowd of approximately 22,000 concertgoers. Did you know the Mandala Bay Resort is approximately 200 yards away from the strip? That’s the size of two football fields. The weapon he chose is capable of traversing the distance of 300 yards, which would make it a military-style weapon.

After a background check is performed, how is it that we can be certain the new owner of a deadly weapon will not make an irrational decision? Why should individuals be granted access to automatic and semi-automatic weapons that are designed to kill?

On November 5, 2017, the number of mass shootings in the U.S. in 2017 reached 307. There have been nearly as many mass shootings in America as days in 2017. Americans are more likely to die from gun violence than many leading causes of death combined, with some 11,000 people in the U.S. killed in firearm assaults each year.

During my brother’s trial, the shooter’s lawyer roared across the courtroom that the defendant acted in self-defense. On a large screen, an image projected of a small cut on the shooter’s nose — this was the injury that led him to shoot his gun five or eight times into a crowd and then aiming at my brother. The victims of gun violence are quickly forgotten, the events live on in an article or brought up again when another incident occurs.

How many more mass shootings have to happen before we do something about this?

My brother was a whole-hearted and kind human being. He had a bright future ahead of him and was loved by many. As the days go on and we continue our lives without him, it only becomes more painful. To celebrate birthdays, weddings or new additions to the family without Shawn, there is always a sense of emptiness. We live in a country where this can happen to anyone at any given time and in some states they can even get away with it. 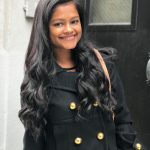 Falesia Allie is in the E-commerce industry and is also a published freelance writer. She started her own online jewelry business to raise funds to donate to the Brady Campaign. She’s a proud anti-gun violence advocate and continues to shine light on her brother’s story.

Remembering Anthony Bourdain: A Hero for the South Asian Diaspora

To India, For Dad: Dealing With The Loss of a Parent – Part II

To India, For Dad: Dealing With The Loss of a Parent – Part I

Motivated by Heartbreak: How my Brother’s Death Inspired Me to Be my Best Self

Thank You, Ian Grillot, for Being What America is All About and Standing up for Immigrants

Dear Mutassan: Reflecting on my Grandfather’s Death, a Year Later

When Being ‘Alive’ Doesn’t Mean that you are ‘Living’