Over the past few weeks, the world has looked on, appalled but – if you’re a woman well-versed in the depravity of men – perhaps not entirely surprised, as a seemingly unending stream of “allegations” of sexual harassment and rape against influential Hollywood producer Harvey Weinstein have erupted into the public conscious.

Reading the victims’ harrowing accounts, I was reminded of my own early forays into the workforce as a young woman.

The excitement of getting my first job as an enthusiastic 15-year-old was followed closely by the realization that collection of my meager pay packet – I’m talking $6 an hour – came with the proviso of tacitly accepting sexual harassment from bosses, colleagues, and customers.

Arriving to work at my first waitressing job in school uniform attracted sleazy sexual innuendos from my middle-aged boss. As a barely legal bartender, I recall the humiliation of being informed by a customer that the venue’s photographer had just taken a photo up my skirt while I poured a drink. Alongside my designated duties as an “event hostess” – a pretty, young female presence in a black dress, red lipstick and high heels – I endured unwanted advances from brutish, entitled football players and laughed uncomfortably as a sweaty, drunken corporate remarked that he would “put his cigar in my box any day” while handing out chocolate cigars at the bleakest of 1920s-themed office parties.

The experience that stands out most took place at a private 40th birthday party where I was working alone as a caterer and bartender. I arrived early, only to be subjected to a tour of the newly renovated house by the gauche, self-aggrandizing husband, noting his failure to ask my name. As the night progressed the world’s worst husband got drunker, and began to take notice: loitering around the kitchen as I worked, slinging a wandering hand around my waist for a selfie, and insisting he walk me to my car alone, where he thrust his phone number and a bottle of red wine into my hands. I cried the whole drive home and resolved never to get married because my husband would probably get drunk and hit on the waitress at my own fucking 40th birthday party.

[Read More: #MeToo: Sexual Assault is Real and No One Deserves It]

In that instance, I reported the client’s behavior and hoped that the company would never send a vulnerable female to his house again, although they didn’t let me know either way. In other situations, where the harassment was coming directly from my employer or a colleague, smiling through gritted teeth and revulsion felt like the only option.

But what would I know? I’m overreacting. I’m lucky nothing worse ever happened. I should have known that going after some pocket money as a teenager meant giving men old enough to be my father a license to demean me, knowing full well it was unlikely I would retaliate.

While the men I encountered were by no means powerful Harvey Weinsteins, the feeling of futility expressed in a memo written by his former employee Lauren O’Connor are all too familiar.

“I am a 28-year-old woman trying to make a living and a career. Harvey Weinstein is a 64-year-old, world famous man and this is his company. The balance of power is me: 0, Harvey Weinstein: 10.

When your immediate financial security or long-term career prospects are contingent on maintaining pleasantries with your sexual harasser, as is the case for so many young women, your options for recourse are starkly narrowed.

As we follow the Weinstein saga with rightful disgust, let’s remember that workplace misogyny, sexual harassment, and abuse aren’t confined to Hollywood, where women are inherently judged and commodified for their youth, beauty and sexuality, but equally rampant across industries populated predominantly by economically vulnerable women who perform unskilled labour as waitresses, nannies, and cleaners.

[Read More: #MeToo: How Much Longer Must We Bear the Burden of this Epidemic?]

We must hold Harvey Weinstein accountable, not only to bring about justice for his victims and to prevent further offenses on his behalf but to send a message to predatory bosses the world over. The ones who think they might as well have a crack at their (teenage, migrant, single mother, casualized, precariously employed) staff because they can probably get away with it.

Let’s acknowledge how Weinstein’s sickening, rampant, three decade-long abuse of power, and similar cases involving other “brilliant” and powerful men – Trump, Berlusconi, Cosby, Allen, Polanski, the list goes on – act to reinforce and perpetuate the “minor indiscretions” and wandering hands of the sleazy men that women encounter on a daily basis when merely attempting to participate in the economy.

Let’s listen to women, whether they’re waiting tables or making blockbusters, and refuse to dismiss their stories of harassment and abuse, however insignificant and minor, or outlandish and unbelievable, they may sound. 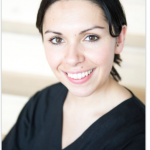 Tara Kenny is a Sri Lankan-Australian writer and editor whose work has been published in The Guardian, Overland, The Lifted Brow, Catalogue Magazine and numerous other small, independent publications. She’s currently living in Colombo and drawing inspiration from Sri Lankan witchcraft and mysticism. You can follow her on Instagram @srilankan_strumpet.

‘Ask a Woman About her Hair’: How my Relationship with my Hair and Sikhism has Evolved