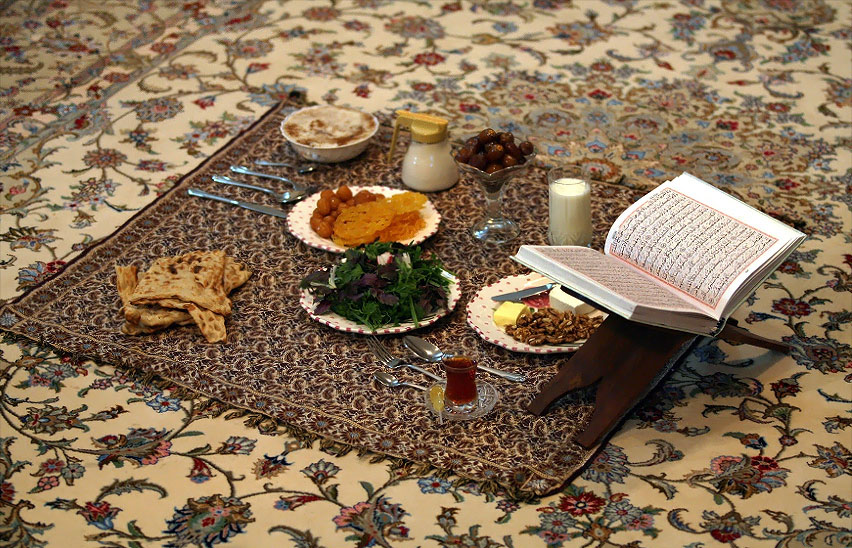 Why aren’t you eating?

It’s a question I’ve been asked all my life, whether it’s posed by nosy aunties at desi parties or concerned friends at school. If it’s during Ramadan, I don’t hesitate to tell the truth: “I’m fasting,” a response that’s usually met with nods of approval, and sometimes praise. This interaction always unfolded the same way until one year, I had to start improvising different answers. I had to lie and say “I’m not hungry” or “I just ate.” Something had changed, and no one, not even me in the beginning, realized it was happening until it was almost too late.

The year I turned 15, my anxiety and depression manifested in the form of two eating disorders: anorexia and binge eating disorder. Anorexia is an emotional disorder characterized by an obsessive desire to lose weight by refusing to eat. Binge eating disorder is a serious eating disorder in which a person frequently consumes unusually large amounts of food and feels like they can’t stop eating. I finally told my parents about disorders when I was 20, after a mental breakdown that nearly cost me my grades and my job. I wish it didn’t take the feeling that I had nothing left to lose to tell my parents things I rant about casually to strangers on the internet.

[Read More: Religion is Not the Only Way: This Ramadan, Let’s Consider Those with Mental Illnesses]

There were a lot of reasons I was afraid to admit that I had a problem. I was scared, I was ashamed, and I was silenced by a looming fear incited by mental health-related stigmas in the South Asian community. This fear was reaffirmed time and time again by judgmental comments and attitudes. I can hear my parents’ voices in my head now:

“What will others think? What will the community think?”

I don’t blame my parents for being afraid. It’s terrifying when the less digestible parts of your life are made open to the public. It’s become clear that people wouldn’t be so quick to accept me, or even understand me, if they knew the real reason I wasn’t eating. No auntie, this time I’m not starving myself because I’m devoted to God. I’m starving myself because I’m devoted to being perfect.

I felt the pressure to be perfect even as a kid, along with the toll of anxiety and depression as I realized I was different from everyone else in my class. Growing up desi is hard enough, but growing up desi in a Muslim community as an Asian minority in suburban America really skews your idea of normal. The word “perfect” begins to take on diverging meanings, and I was forced to navigate these meanings as a brown girl in this intersection of identities.

I felt as though I was being pulled in three different directions, contradicting criteria of what it meant to be perfect in society. The perfect desi girl is expected to have long dark silky hair, large almond-shaped eyes, a pale complexion that we pretend isn’t a remnant of colonialism—she is also expected to love Bollywood and ,really, anything loud and colorful. The perfect Muslim girl is expected to be submissive, wear a hijab, pray five times a day, and pretend men don’t exist—until she marries one and is expected to be a flawless wife, because divorce is taboo. Lastly, the perfect Asian minority, or the “model minority,” is expected to be quiet, docile, and achieve a high degree of socioeconomic success. These pressures cornered me all at once, the forces unrelenting and unforgiving. I was bent, but not broken. That would come later.

Anorexia was the final culmination of those warring identities. I thought that if I could have some semblance of control over my body, I could fix my mind. I could remake myself. I could finally stop being so different. I could finally be perfect.

The scary thing about an eating disorder is that it actually tricks you into thinking it’s working. And right when you think everything’s perfect, the magic carpet of your delusion is pulled out from under you. You’ve been floating for so long, and the fall back to reality is violent and bruising. It gets harder to lose weight because your metabolism has finally caught up to you. You realize your body is fighting back because you’ve been trying to kill it.

I had my first mental breakdown two months into my eating disorder. It finally hit me: something was seriously wrong. I was tired all the time and my joints ached when I ran. I’d lose focus in class and have bouts of dizziness. None of that happened before. The initial panic attack snuck up on me one morning in tenth grade. I remember my vision going spotty, the voices of my classmates fading out as I ran out of class. I fell to my knees in the hallway, and burst into tears, just trying to remember how to breathe. I couldn’t believe I’d turned into a statistic I once rolled my eyes at: another teenage girl with an eating disorder.

After that, my anorexia led to a binge eating disorder. Not only did I end up back where I started in a fraction of the time I was anorexic, but I was worse off.

[Read More: With My Mental Illnesses, One Thing Led to Another]

Since then, it’s been a turbulent five years of recovery. There hasn’t been a day that I don’t wake up afraid that I’ll slip back into my old ways. On a regular day, it’s a task to exhibit “normal” eating habits, to resist the urge to skip meals, to stop myself from exercising to the point of injury. During Ramadan, it becomes that much harder. Ramadan essentially mirrors the practice of anorexia and binge eating disorder. For a month, food is prohibited for long periods of time, until daylight ends, at which point, all anyone wants to do is stuff themselves with as much food as possible. Every time around this year, when starving yourself is expected and encouraged, I find myself torn between multiple identities again: the girl who values spirituality and wants to fast, and the girl who still hates herself sometimes and wants to starve.

For these reasons, I struggle with separating the act of fasting from an eating disorder. How do I imitate the actions of anorexia and binge eating without relapsing and undoing years of progress? How do I participate in Ramadan without losing myself to toxic practices? How do I keep my intentions spiritual, pure, untarnished by the twisted thrill of starving myself in the endeavor to achieve a shallow European beauty standard?

Over the years, I’ve realized that there is no easy answer to these questions. Complex problems don’t afford the luxury of simple solutions. I do know this to be certain: Ramadan will come next year, and every year after that, and I will ask myself these very same questions. The process will be confusing and harrowing, but I don’t have to continue punishing myself for mistakes I made six years ago. I’m not 15 anymore and I know the consequences of being consumed with restriction and discipline. If it starts to become too much, if I start to forget that Eurocentric features don’t equate beauty, I know I need to stop so I don’t cross a line that took me six years to redraw.

Recovery is a day-to-day battle and healing is not linear. I know there will be ups and downs because mistakes are inevitable, but hopelessness is not.  I will try every day to exist peacefully in a society that has contradicting, violent definitions of perfection. I will remember that there are more important reasons to get out of bed than beauty and validation. I will show myself all the kindness and forgiveness I couldn’t show when I was 15.

I will be okay. 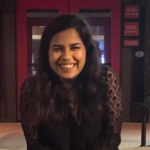 Nahrin Majid is a Bengali-American living in the south, studying English and German at Texas A&M University. Her second home is the Starbucks drive thru, but she’s coming to terms with her coffee addiction, as well as her inexhaustible desire to talk about things she’s passionate about such as social justice issues, mental health, Bollywood, and just about every TV show under the sun. When she’s not madly waving her hands in the air and ranting about injustices in the world, she can be found reading, napping, or looking up vegan recipes for foods she knows she’s too lazy to make.

What Does a Sexual Assault Survivor Look Like to you?

‘Wise Up’: What the Study of Islamophobia in Texas Means for the Next Generation