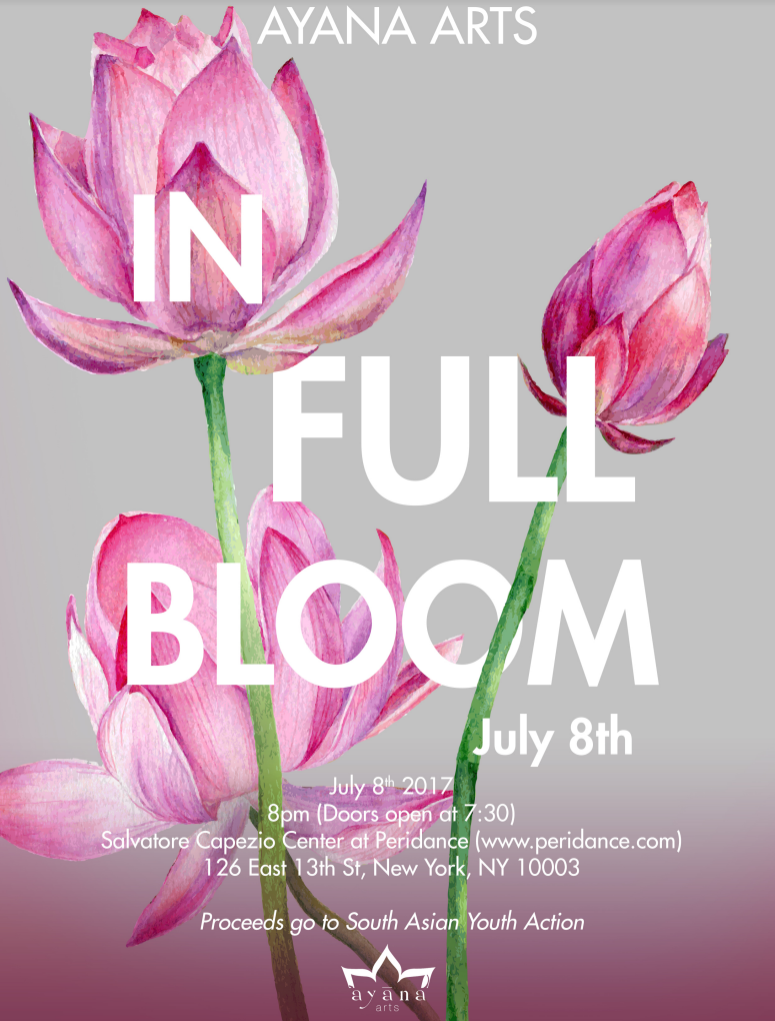 Whenever someone asks me “What are you?”, I hesitate to answer. Pretending to be unaware of the underlying question they’re asking (What ethnicity are you?), I typically reply with the truth: I’m American. This usually elicits a “No, but what ARE you?” After making the asker think twice about the irony of this exchange, I’ll give a more nuanced explanation, “I was born in Texas, but my parents are Indian”. Then I’ll get the confirmatory nod.

No doubt, every person of color in this country has experienced a similar exchange at some point in their life, whether it’s their cabbie making small talk or a slightly ignorant new acquaintance.

Having spent most of my life in the diverse and cosmopolitan tri-state area, my cultural identity has not always been something I’ve had to defend. Growing up, though I was the only brown girl in a class of brunette ballerinas, I seldom felt as though my Indian identity inhibited me from being a full-on “American”. My parents sent me to soccer practice and sleep away camp while also sending me to Bharatnatyam classes on the weekends and playing 90’s Bollywood songs on long car rides.

As I’ve gotten older and encountered more individuals and perspectives in the melting pot of America, I’ve found that what really identifies me is not just whether I am solely American or Indian but the intersection of both of my cultural identities; that I check two different boxes on my Visa application when asked for nationality and race, or that I appreciate rap by both Drake and Honey Singh.

Multiple cultural identities have reinforced my relationship with my American and Indian cultures. For many people, growing up surrounded by American culture has, in fact, strengthened their Indian roots by challenging them to rely on their heritage to help define themselves. Since most of our parents didn’t pass through Ellis Island, we look to our other identities to answer questions about our culture, history, and lifestyle.

Most importantly, the intersection of multiple cultures has endowed me with a platform to relate better with people of both of my cultures especially through dance and music, two art forms with a universal language and appeal. Studying Ballet and Bharatnatyam together at a young age helped me become better at each. Now, when I dance or choreograph, I always draw upon elements of each respectively to create something new. Musically, we’ve witnessed the immense popularity of innovative remixes between Hindi music and all styles of English music. This has opened up a whole new genre drawing in elements from two very distinct cultural backgrounds and appealing to both.

Instead of choosing one identity versus the other when it’s under fire, many of us who were born in the US with the benefit of a second identity have felt an urge to express the unique relationship we have with both – an identity of its own – through art.

Take the competitive Bhangra, Raas and Bollywood circuits in the US – thousands of dancers, musicians and performers have created a massive platform to express this unique identity. Why? Probably because we live in a country still trying to ascertain its ever-evolving identity. It would be inaccurate for us to identify with only one culture, so we formed a way to express our dual one.

At the same time, each individual’s experience with their various identities can differ. Take a look at some famous Indian Americans on TV today: Hasan Minhaj, Aziz Ansari, and Mindy Kaling. In interviews and some of their semi-autobiographical works, they address the issues of their own respective identities in very different ways.

Hasan Minhaj tackles the question head on in his most recent stand-up special, Homecoming King. He explicitly identifies the experiences that molded him into a Hindi-speaking Muslim growing up in Davis, California. Aziz Ansari, for example, addresses Indian American tropes on TV in his show, Master of None and features his own parents quite prominently in many episodes. On the other hand, there are episodes where you could replace Aziz Ansari with any white actor (perhaps one of the Chrises of recent infamy in Hollywood) and not notice a difference. But as the second generation of Indian Americans grows, it’s really Aziz’s character Dev who is a truer and more relatable reflection of my own experience.

Mindy Kaling, on the other hand, has come under fire for coming off as a “coconut – brown on the outside, white on the inside” on her show, the Mindy Project. I take pause with this criticism. If her own experience with her dual cultures was just the color of her skin and maybe the fact that once in a while, she put on a sari and went to the temple, then so be it!

An advantage of having a hyphenated identity is that there’s no right answer to where one should fall on the spectrum between the two. Just as identity is fluid, having multiple cultural identities is a balancing act. And though by no means is anyone responsible for promulgating this conflation, we do sit at a unique nexus, able to liaise between both of our identities with ease. The common theme among Hasan Minhaj, Aziz Ansari and Mindy Kaling is that they each own their dual identities instead of hiding behind a façade of either being fully American or fully Indian.

Recently, the conversation of cultural appropriation has taken center stage in the music and art world. With music videos like “Lean On” by Major Lazer and “Hymn for the Weekend” by Coldplay and Beyonce, there has been considerable discussion around the appropriation vs. appreciation of different cultures. While I do think it’s important for artists to be considerate and not offend or demean other cultures, accusing artists of appropriation for simply featuring a form of dance or setting a music video in a different country will only serve to inhibit creativity. At the same time, it’s ironic that wearing bindis to Coachella has become the norm amongst female concertgoers while it remains an aspect of the Hindu culture that many Indian-Americans were often made fun of. This conversation around finding a line between appropriation and appreciation plagues not only the Indian American culture but Asians, African Americans and Native Americans as well to name a few.

A better approach to this issue would be to open up a dialogue from somewhere in the middle. The most effective voices in the conversation won’t be the shouts from either end of the spectrum, but a more hybrid perspective from those who can relate to both aspects.

This is the very conversation Ayana Arts, a South Asian arts organization I co-founded in 2016, hopes to further. Ayana is centered around the belief that our identity is fluid, constantly challenged and redefined, but unified through art– no matter one’s career, interests, heritage, background or religion. Instead of comparing ourselves to one another searching for the right way for us to express our multifaceted identities, we come together to create new and thought-provoking art that expresses our collective identity.

At our show this week, you’ll get to join us in this conversation. We’ll be dancing Bharatnatyam and Odissi to the Game of Thrones theme song, singing some Childish Gambino, and doing some Bollywood. Our performance will showcase the varying identities, interests and talents of our corps of artists. Join us for an entertaining evening as Ayana Arts is In Full Bloom.

Ayana Arts will be having their show this Saturday, June 8th, at 8 pm at the Peridance Capizio Center. Visit them on their Website, Facebook , Instagram and Soundcloud to learn more.

Ayana Arts is a community of young professionals with a passion for the South Asian performing arts and the shared goal of creating unique and innovative art that celebrates our diverse interests and talents while giving back to the community. They were founded in 2015 in New York City and are in the process of becoming a 501(c)3 organization.

And The Award Goes To… Sunny Pawar!