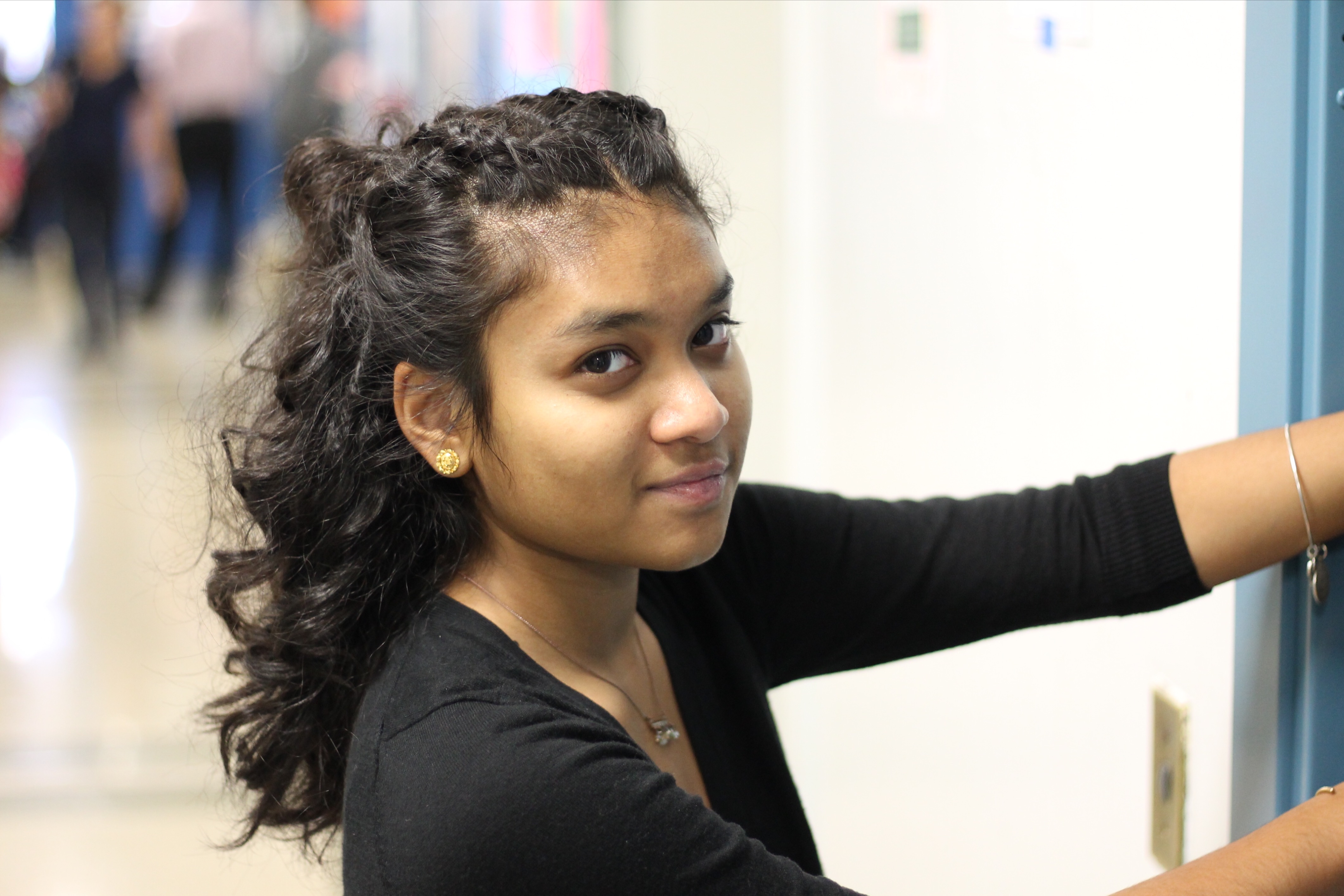 Brittany D’sa is a 17-year-old high school senior. She enjoys learning about art in all forms. She loves New York and seeks to explore it daily. Most of all she cherishes the time spent with her friends and family because she knows how easy it is to lose that joy in an instant. Brittany is a youth survivor of sexual violence who confronts and overcomes her trauma in the virtual reality film, called “Rise Above,” created for Womankind.

“This is a moment of suffering. Suffering is a part of life. May I be kind to myself in this moment. May I give myself the compassion I need.

After a couple months, I realized that this mantra was not helping me. Why wasn’t it making me feel better? I read it religiously and yet when I recited and parsed the words, they ignited a cynicism rather than compassion. ‘May I be kind to myself in this moment. May I give myself the compassion I need.’ I did not know how to do any of that. How was I supposed to be kind to myself when a self-deprecating voice in my head won out the positive thoughts every time? Once described innocently as a ‘social butterfly,’ I had now holed myself up, feeding into a counter-intuitive facade of solace. I didn’t understand why I couldn’t access my innocent, social self anymore.

It is very easy to ignore your own bodies’ call for help. Living in trauma is so hard because you also have to live in reality; the weight of trauma is absolutely crushing. In the first month after my teacher had made sexual advances on me, I was able to pretend that it had not fazed me.

I was able to surround myself with people for most of the day and laugh at their jokes and have fun with them, but as soon as I was alone I was crying, and it would hit me, how truly alone I was. After another two months had passed, the pretending became harder and the feeling of loneliness would drown me even as I was surrounded by individuals I loved, my friends and family. I became exhausted of the air of normalcy I tried to exhibit and I was deeply frustrated that I did not know what was happening to me. I needed help. It was a struggle to admit that to myself.

The first step to gaining back the autonomy I needed, was to connect to a therapist, someone who would help me understand why I felt unmotivated and sad. One of my mentors at SAYA (South Asian Youth Action) put me in touch with a therapist at Womankind (formally, The New York Asian Women’s Center). 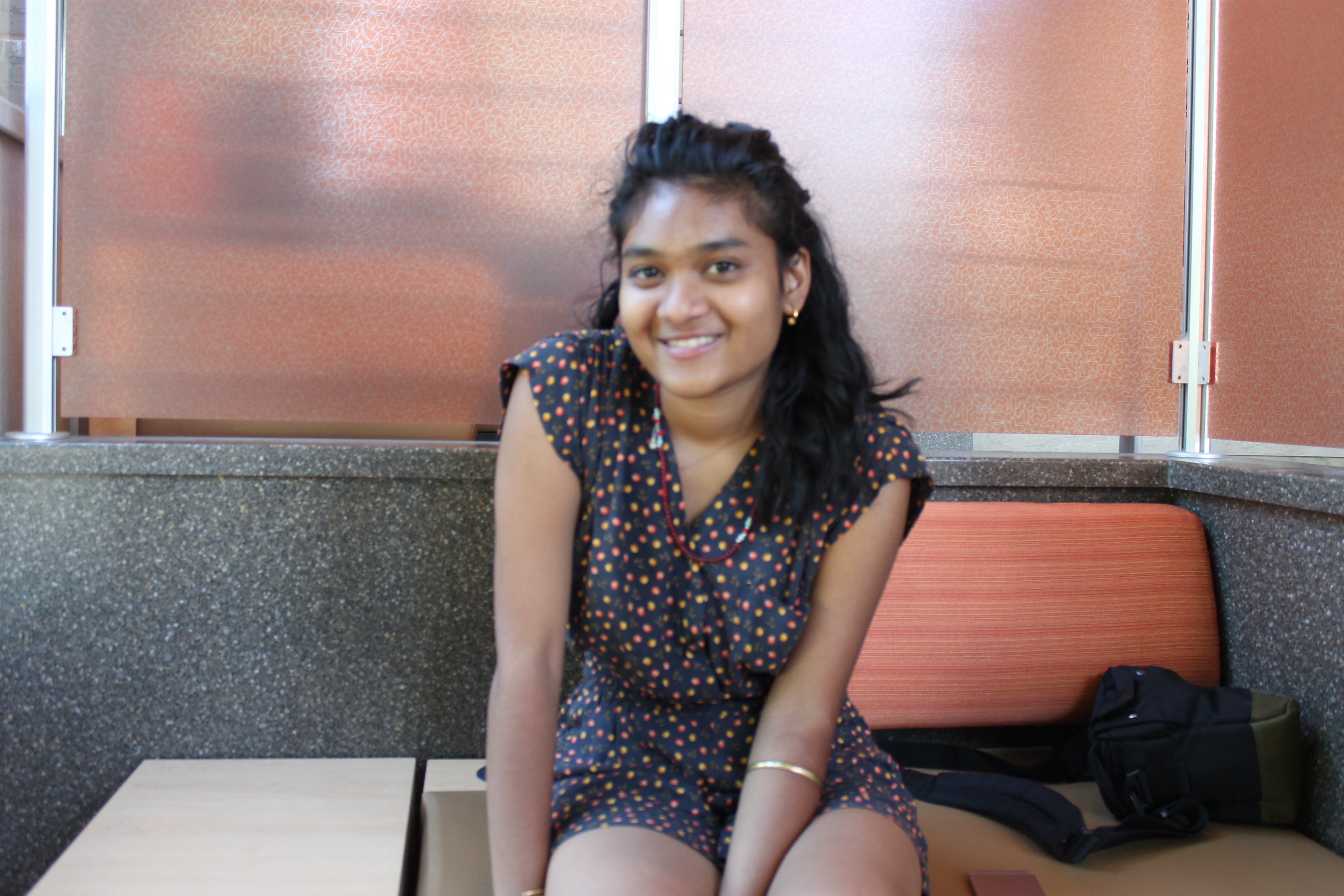 [Brittany on a summer college trip with SAYA.]

There’s a clear, negative stigma that surrounds mental health and therapy in the South Asian community. Thankfully, my household was a bit more liberal than others concerning therapy but there were still remnants of that mindset when speaking about attending sessions to my parents. Therapy was for rich brats whose parents don’t spend enough time with them,  not me!

I was someone who needed to know how to bottle my emotions up and continue on with my day.

‘Everyone had setbacks Brittany, but we need to be able to move on and tend to our responsibilities.’

My parents’ traditional mindset inevitably rubbed off on me and when I entered therapy I carried some of those judgments.

Having an open mind and a genuine desire to be a healthy person helped in overcoming that mindset. When I started to make progress, my parents could see the shift in my demeanor and supported me fully. Ultimately it was the support of my friends and family, and the facilitation of my therapist that resulted in my full understanding of trauma and my overcoming it. 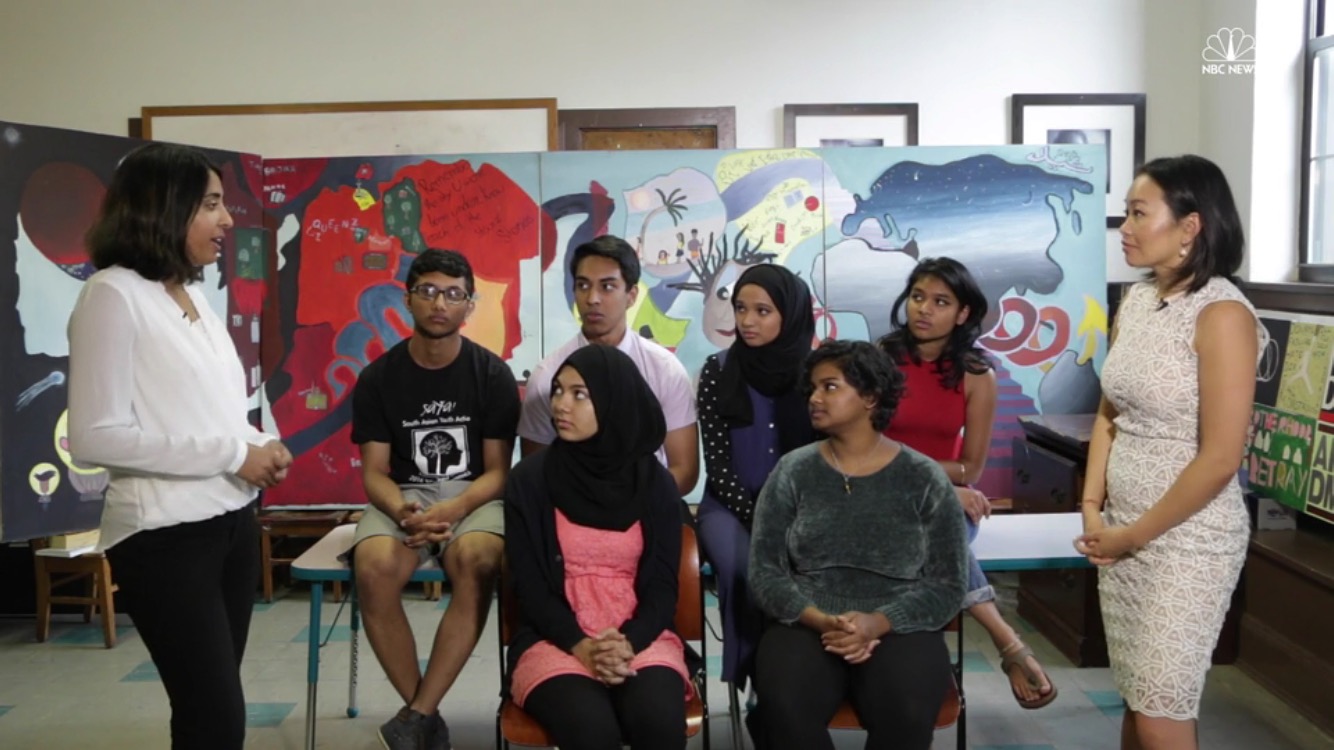 [Brittany on an Islamophobia panel, featured on for NBC Asian America, with other SAYA youth.]

In the first few sessions, I couldn’t imagine ever stopping therapy. I felt as if 6 sessions were much too little. When the sessions came to a close however I was ready to begin to deal with my reality by myself. I was thinking about the future, perhaps because I was starting a college search, or perhaps because I was closing the chapter of my life that revolved around Womankind.

I had decided to change my career track from wanting to be a food critic/journalist to wanting to connect more women, especially in India, to free mental health services so I can begin to deconstruct the stigma that mental trauma can have. I felt extremely privileged to have been afforded the services to help myself and it is my dream to empower other women to do the same so as to overcome gender-based violence.

At the end of the summer of 2016, my therapist contacted me once more; she wanted to put me in touch with a filmmaker, Ben Ross, who was going to create a film surrounding Womankind. He wanted to speak with some survivors of gender based violence. I sat with Ben for a few hours. It wasn’t an interview so much as a conversation. We were talking for hours about trauma and stereotypes and New York. It was one of the best conversations I have ever had. When he decided that he would want the film to surround me, I was incredibly humbled.

Our short VR film "Rise Above" will premiere at the Oculus House during the #Sundance Film Festival today! So proud to be 1 of 10 orgs chosen to be a part of Oculus' VR for Good initiative. Check out the 360 TRAILER and meet Brittany, a youth survivor of sexual violence who confronts and overcomes her trauma. #riseabove #joinourflight #iamwomankind

In just a few months, I got to know Ben, Brittany Neff (co-director) and everyone else who helped work on the virtual reality film. The conversations we had were captivating and inspirational. The uplifting moments we spent together strengthened my drive to achieve my goal of providing more free mental health services to marginalized communities of women in India and all around the world.

Through creating this VR film, called “Rise Above,” I have already made an impact and sometimes that blows me away. I want individuals to connect with the film and my story even if they don’t exactly relate, and if at least one person decides to seek help after they watch the film than it will have been successful. I am incredibly privileged to have been given such an amazing opportunity to help others at such a young age. 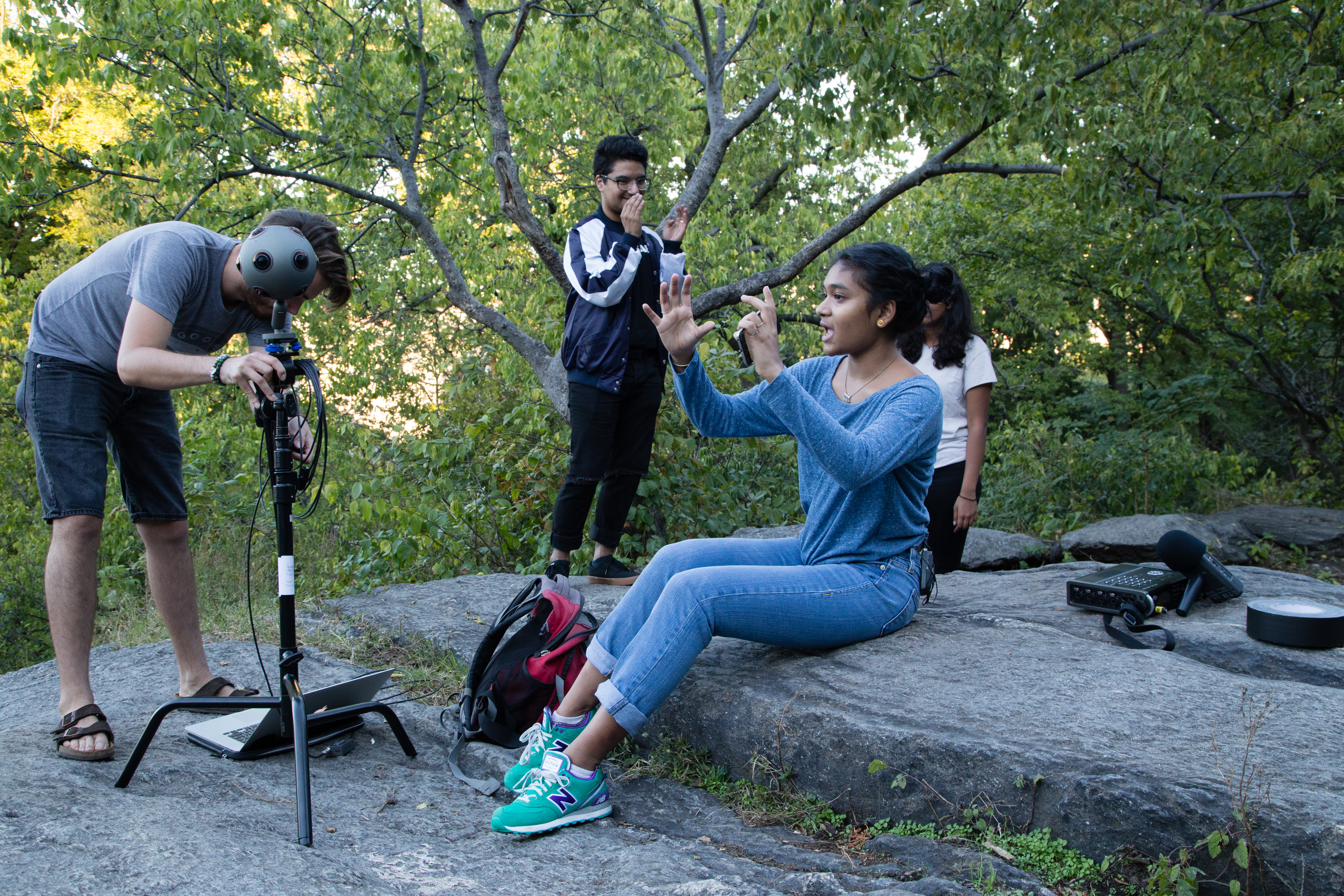 Trauma never truly disappears. Some days there’s a lingering feeling of anxiety and some days I reflect and I feel sad, but now I know what I need to do in order to take care of myself. One of my mentors once told me that if one is not mentally healthy themselves it becomes very hard to help others and be productive members of society. I desperately want to help others and document their stories along the way.

Advocacy is a cycle; I cannot wait to advocate for others just as others have for me. I will comfort and reassure them saying, “this is a moment of suffering, suffering is a part of life. You must be kind to yourself in this moment, and give yourself the proper compassion you need.”