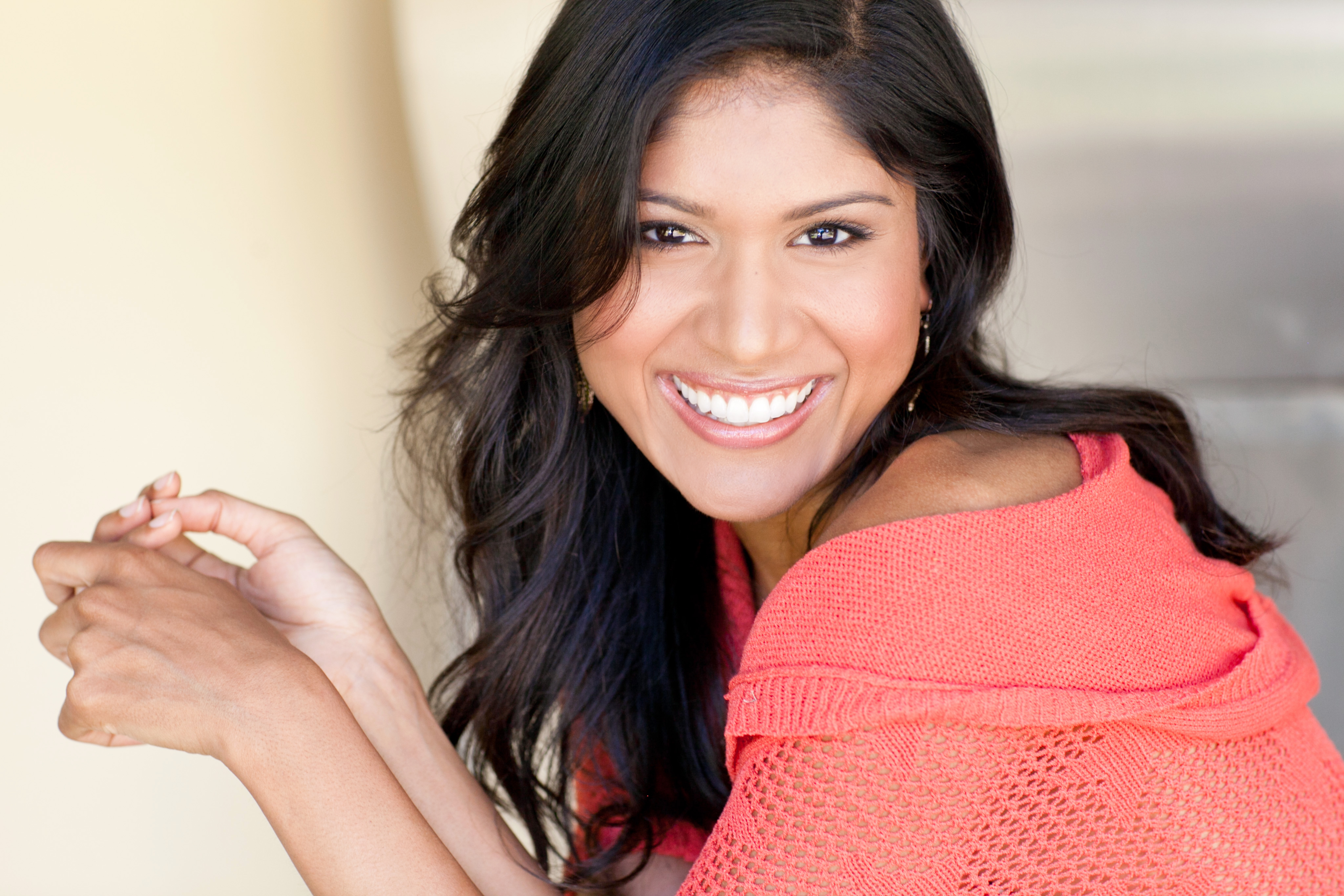 Meet January’s Brown Girl of the Month—Anisha Adusumilli, a first-generation American actress born and raised in the Midwest with an East-Indian heritage. Anisha cultivated her passion for the arts into her adulthood, studying classical piano at the Trinity College of London. Studying both Business and Theater at UCLA, she immediately began her career in film and television upon graduation. Recent credits include Fox’s New Girl, CBS’ How I Met Your Mother, NCIS: Los Angeles, and NBC’s Heartbeat.

“Imagine an adorable, chubby little girl smiling ear to ear and dancing her buns off on stage to the song ‘Funkytown.’ That was me. Literally. Think ‘Little Miss Sunshine.’ My soul was jumping for joy. That’s when I learned what freedom felt like.

I felt the freedom to express parts of myself that had been quiet, asleep or even unknown to me. Freedom to bare my midriff when I had baby fat rolls on my tummy bouncing along with me. I felt the beating music coursing through my veins. Oh, it was so fun! I felt like I was flying, and I was so exhilarated. This was a major departure from what I predominantly felt up to that point in my life. 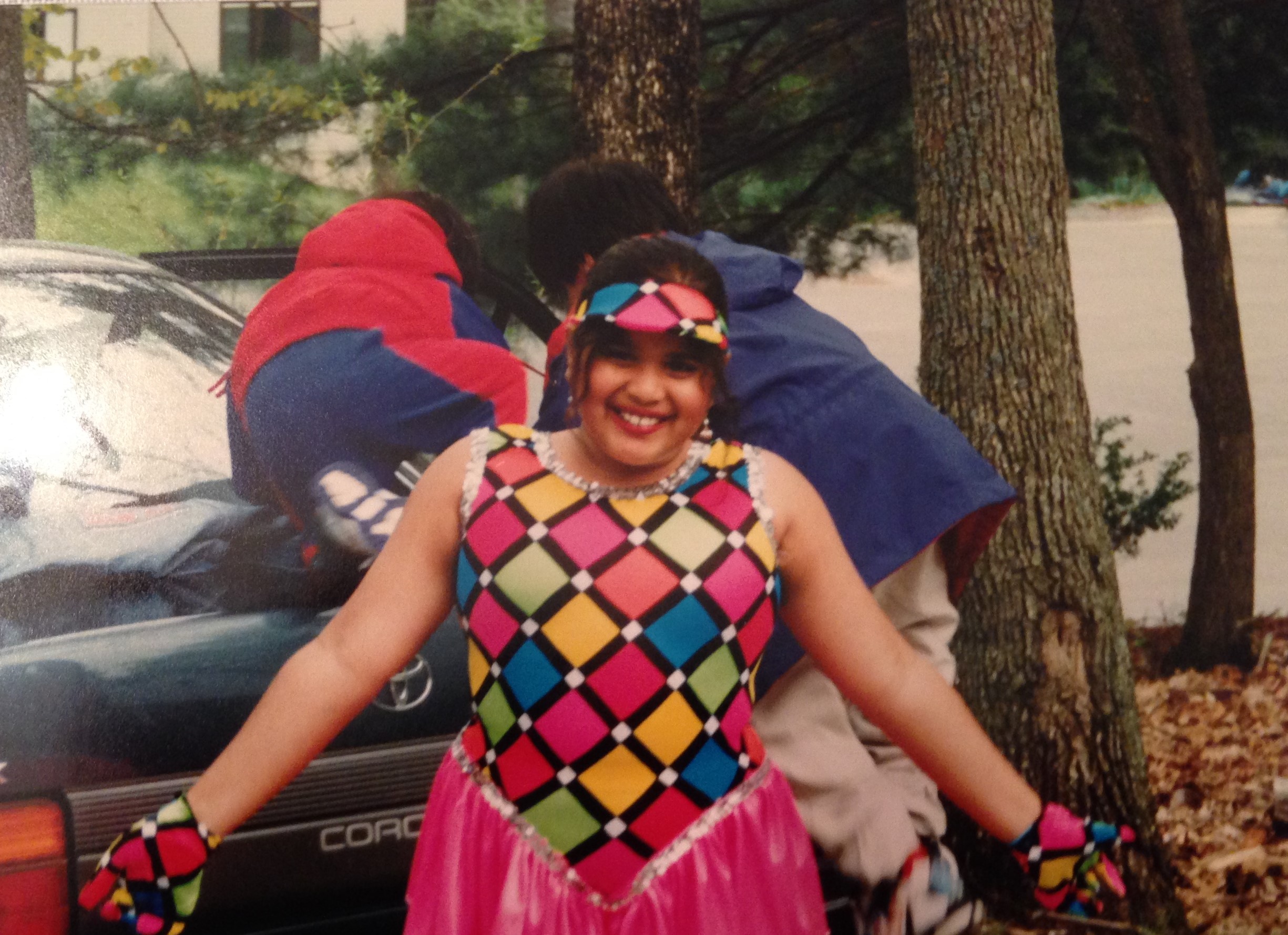 Growing up, others often called me ‘shy.’ I didn’t fully agree with that label and used to think, ‘I’m not shy, you just don’t know me.’ I felt lonely because of it. There was so much more inside of me, so many sides that people just didn’t know! The face-value judgment shut me down and closed me up. It was like my body was a border with so much swirling inside. But I desperately wanted to let things out—I wanted to be known. I just couldn’t seem to find a way to do it, until I discovered the arts.

I expanded that creative instinct I had and transformed it into a film that I independently wrote, produced, directed and acted in. It’s a short film called “First Date” making its way around festivals and screenings. It is about a couple arranged to be married, Rashmi and Deepak, meeting for the first time on their first date. Inspired by my mother who had secretly put me on Indian dating sites, the film courses through what might’ve happened if I followed through with her plan all the way. So far, the “First Date” has traveled to 15+ film festivals in eight different states and multiple countries.

From inception to fruition, the film is mine. Invention is where I find safety and permission to fully explore and expose – my sacred place of beauty.  My soul gently whispers: Shine your light Anisha. So that’s what I do.

I love playing unexpected characters. I find them liberating. It seems to shock others who feel they know me. They say things like, “I didn’t know she had that in her,” to which my younger self-screams, “Of course I do!”  I feel redemption for that little girl inside me. There is a satisfaction in knowing that I can share whatever I choose with the world—on my terms and in a way that feels right for me. It’s my necessity.

But I still know the loneliness I felt as a little girl. I fall back on quick fixes to numb the sting—food, a companion, picking fights with loved ones. I do my best to minimize those tendencies and transform them. I am choosing to go places within myself where others also live so intensely. I create stories to reflect back to them and convey that they are not alone.

Through my work, I have been able to explore and express different parts of myself that seem to be hidden to the outside world; sides that are passionate, loud, crazy, fun, unappealing, off-putting, sensual, angry, empty, brilliant. It became a way for me to no longer feel confined within myself. 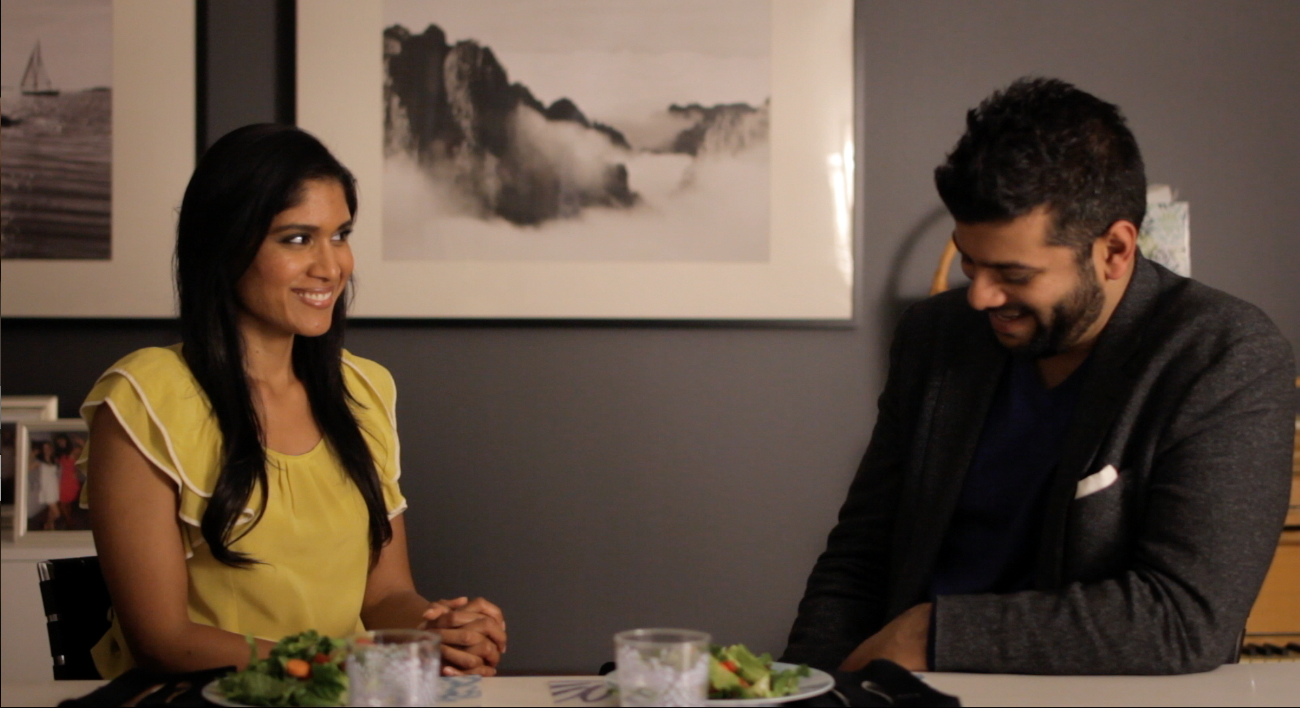 That’s the value and joy of art and creativity. We get to go deep inside of ourselves, spend some time there, look around, listen to some quiet instincts and inclinations, uncover them, acknowledge, and then do something with them if we choose. My growth makes me feel powerful. Who knew the little girl trapped inside would one day scream out with such strength!

Connection. It’s my ultimate goal and the reason why I want to continually dive inward. My mission is to help others feel less alone. It’s true alchemy and I’m so proud to be in this line of work. I encourage anyone who is reading this to explore a part of yourself you’ve tucked away and see if you can find a safe way to let it breathe a little—to let it say something. Something healing happens when you do that.

Please feel free to reach out and share your stories with me. It may inspire my next script or start a movement.”

-With all of my love,
Anisha

“First Date” will be screening at the Big Easy Shorts Festival in New Orleans on Sunday, January 15 at 4 p.m. and at the Asians on Film Festival of Shorts 2017 in Los Angeles January 20-22, where Anisha is nominated for the Best Actress Award. You can hear her narrating Mission Save Her, a documentary about an Indian woman who was forced into human trafficking.  She also has an independent feature film coming out entitled ‘The Ascent’ in which she plays a punk rock singer. You can see Anisha on a couple web series: Ana Mead’ in which she plays Daisy—an evolved fashionista. Also, ‘Three’s A Crowd,’ where she plays a doctor. In addition to “First Date,” Anisha has directed ‘When Strangers Touch Your Hair,’ which is currently making festival rounds, and ‘Lyft Happns.’

Why ‘Crazy Rich Asians’ Matters for South Asians, Too

‘Sold’ — A Powerful Film That Calls an End to Child Trafficking