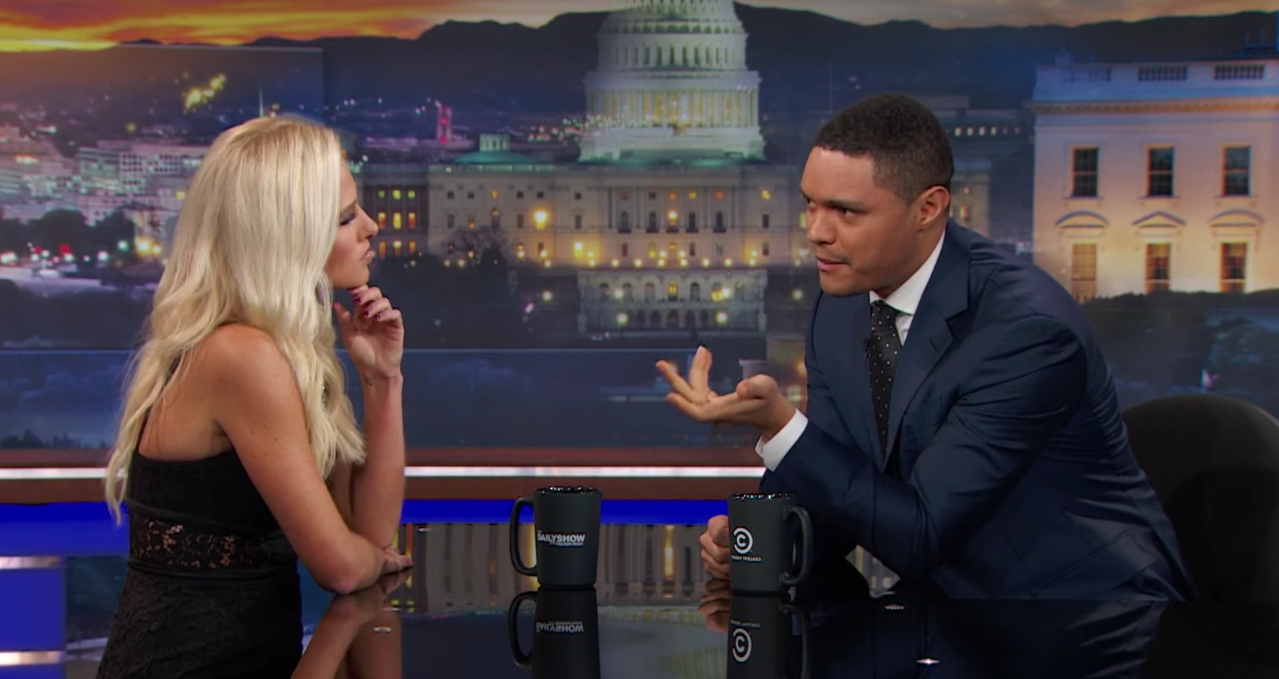 I recently watched your interview with Trevor Noah on “The Daily Show” and I have to admit, I hadn’t heard of you before watching the show. Soon after, I went to your Facebook Page to learn more about your show “TheBlaze” and watched many of your “Final Thoughts” segments. The more I watched, the more I was bewildered by your opinions and the inflammatory nature of your videos.

I was surprised to learn you have such a large following. From reading the comments on these videos, it seems that many people share your views. As someone that speaks on behalf of our generation and has millions of viewers, I believe you have a greater responsibility to be honest.

I know you like to claim that you are “not racist,” but it’s quite impossible to remove yourself from that label because you are, in fact, a racist. Your white privilege allows you to ignore the problems and the marginalization people of color face in this country. Instead of understanding your privilege, you chose to use the power that you derive from your whiteness to perpetuate a system of oppression that benefits you.

For example, in a recent “Final Thoughts” segment, you discuss the stabbing that took place at Ohio State University. You claim the reason behind this stabbing is “Radical Islam.” Islam is a religion that billions of people in this world follow and labeling an entire religion and group of people as the cause of violence is irresponsible.

Let’s take for example the many shootings and killings carried out by Christians. Because they are Christian and commit a crime does not make an entire religion and all those that follow it responsible for that crime. Similarly, Islam is not responsible for these crimes—the individuals committing the crimes are responsible.

In that same segment, you go on to claim that we are letting in “hundreds of refugees in from the Muslim world per day.” Firstly, I’m not sure what you consider to be the “Muslim world” since Islam is a religion followed by many people in many different countries, but I take it you mean countries with ongoing conflict such as Syria.

[Read Related: Everything You Need to Know About Donald Trump’s Cabinet Thus Far]

Lastly, the shootings and crimes committed prior to this such as in San Bernadino and Orlando were not committed by refugees, but by U.S. citizens. Refugees are not the ones to fear, rather we should consider the ease with which those in the United States can acquire and own guns and the lack of access to mental health resources.

Some of your other inflammatory comments include comparing Black Lives Matter to the KKK and describing President Barack Obama as “jihadi-friendly.” The list of absurd remarks is endless, and it’s obvious that your show is not meant to be based on facts, but to create enough controversy to pull in more viewers.

While I respect your first amendment rights, I’m reminded of the caveat the Supreme court wrote in their decision in Schenk v. United States:

“The most stringent of free speech would not protect a man falsely shouting fire in a theater and causing panic.”

The limitations on freedom of speech were further defined in Brandenburg v. Ohio, and the Brandenburg test limits free speech based on the intent, imminence, and likelihood of rioting as a result of the speech.

It’s difficult to ignore the increase in hate crimes in our neighborhoods right now. Right outside of New York City, in Mineola, there were messages chalked outside homes with the Nazi swastika sign stating “Make America White Again” and “Fuck N—– and Arabs.”

There have been people physically harmed because of their race after the election and hate crimes against Muslims has increased this year. New York Governor Andrew Cuomo recently posted about a Muslim MTA employee being shoved down a flight of stairs in New York City as her aggressor said “terrorist.”

Shows such as yours add fire to the fuel and validates the views of these perpetrators. While you are not explicitly advocating violence against people of color and therefore your first amendment rights are protected, you come very close to inciting the violence that we’re seeing today.

Your public opinions based on false facts are dangerously close to creating panic. Ultimately, you have a greater responsibility as a popular television personality to check yourself and the message you are spreading.

Yesha Maniar graduated from Dartmouth College in 2014 and spent a year working at a charter school in Boston. She enjoys reading a variety of genres and spends her free time in Boston cafe hopping. She currently attends Boston University School of Medicine with hopes of working with young children and adolescents in the future in the field of community health.

Coping With The Racist Micro-Aggression ‘You Still Live with Your Folks?!’

#NotYourAvgDesi: Growing up as a Non-Normative Desi