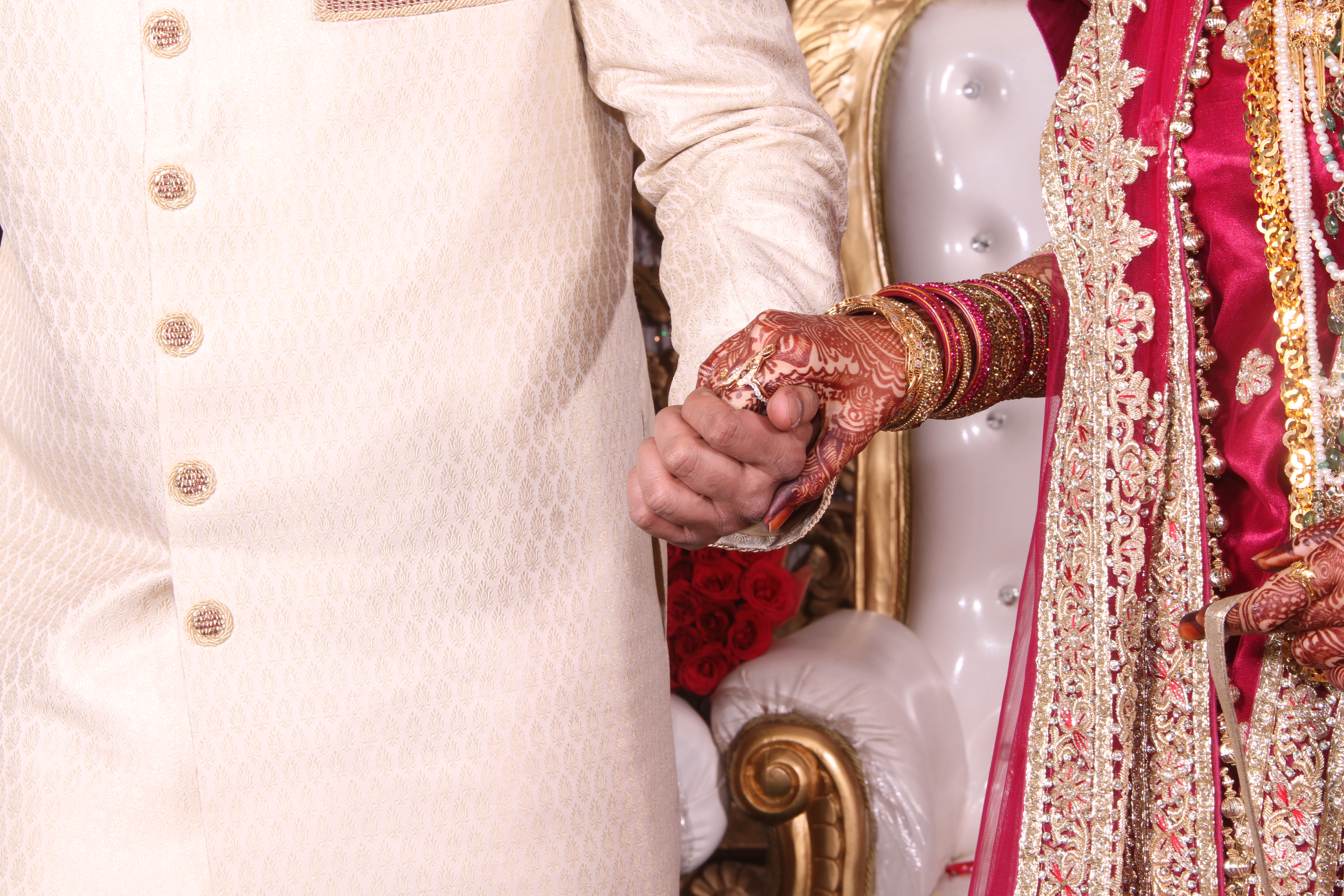 “Are you not looking for someone?” I look up with a mouth half full of paneer as the cameraman and his glaring flash is focused right in my face, and wonder if I’m the only wedding guest that has probed this fascination of inappropriate filming.

“So, are not you looking?” I’m asked again; it’s a default question asked at Indian weddings by fellow “not-so-familiar” guests who have been prompted by the naked status of my ring finger and the absence of a plus-one. For those unfamiliar with this ritual, let me explain the backdrop.

Indian weddings are also social hubs for networking. More than often, once a senior guest, often in the same age range as your parents, is addressed as “uncle” or “auntie,” the form of social conduct automatically breaks any barriers to personal space. It’s a cue to begin the conversation with your age, status and sometimes career, followed by an inquisition into when they will see you walk down the aisle.

Over the past few years, I’ve written many blog posts on social conflicts that British-Indian women and men face, and I’ve been a firm believer that a generational shift will attribute to breaking conservative mindsets. But, at this wedding, there is no “uncle” or “auntie” conducting the interrogation — instead, it’s married friends of my age who have magically morphed into the original investigators that I used to run a mile from.

Without wanting to sound completely cynical, people’s intentions aren’t always deliberately intrusive, particularly if they’ve decided to play the role of Cupid at a wedding. I’ve become accustomed to being that object of both suspicion and speculation in the eyes of the older generation since I haven’t followed the linear approach to life as they have done. But I am gobsmacked when girls of my peer group, who married earlier than me, suddenly follow the same pattern of categorizing unmarried women past 35 into groups that define their current status — too fussy, not interested, not willing to disclose a current relationship or some other fundamental flaw.

Girls, did some of you have a blackout post-marriage as to what we all experienced in the running to reach to the altar — or holy fire, for most Indians? In our mid-20s, it did start to feel like a race, didn’t it? Year after year, as we watched piles of colourful invitations arrive in the mail, we’d joyously rule the dance floor at our girlfriends’ weddings, whilst quietly convincing each other that our time would come.

With each wedding, we’d witness our married friends arrive with their babies in tow, and the conviction turned to self-doubt. Would it ever be me? Will I ever find the one? We never told each other, but by 27 or 28, we all became entangled in analyzing our Vedic horoscopes, sided by the fasts and prayers that were deemed necessary to undo the bad karma from the past seven lives — what about this life? In all those years, how many of us truly encouraged each other to seek happiness within?

Remember the pact of sisterhood back in school where we would secretly cover for each other, as we took turns to have that sneaky cigarette behind the school shed? Even if we fought over the same guy we fancied, we equally stood in solidarity as sisters against any guy that hurt us. We acknowledged that breaking up from someone we loved was also a form of grief and empathized in a way that could not be done from the modern day social media method via a Facebook status with 100 likes. We knew the real pain of not receiving closure from a toxic relationship, not via Google’s predecessor Ask Jeeves; the only results our search would bring back of an ex in 2000 would be his university thesis.

How many times were our hearts shattered from long-term relationships ending — those relationships that we knew would somehow meet disapproval so we only had each other to rely on? We didn’t need Facebook to announce our status to the world or prove we were achieving something in life, we did that for each other. So why aren’t we doing that now?

Born into a culture where dating wasn’t traditionally the pre-approved method to find a partner, we all equally acknowledged our choice to not disclose details of our personal lives other than to those that mattered. If that sentiment hasn’t changed, does that now make me anti-marriage? Attitudes towards how we find a partner are vastly changing, but I’m hardly likely to respond to a nosy relative with, “Well, I’ve just had my heart ripped out and thrown to the curb so…yea.”

[Read Related: I am Not Married And I am Happy]

There is a sense of pride when we see our school and college friends form new bonds within their married lives; they become wives, mothers, and daughter-in-laws, and represent what a woman of strength is emotionally capable of. We also sympathize and support those who have struggled to find the courage to walk away from unhappy marriages in the name of family honour, not wanting to be the perpetrator to bring shame to the family even if it means suffering in silence.

Ladies, we’ve fought so hard for impartiality, to want to be recognized as equals against our male peers. So why are our achievements outside of a marriage still not equally as celebrated? Why is the question of my methods of finding Mr. Right the first on the agenda of some (not all) married friends, many of whom I haven’t seen in years? What am I doing about it? Don’t I realize how hard it will be to find him the longer I wait? Have I tried Shaadi.com? Don’t I want kids? Will I ever realize that career isn’t everything?

Contrary to belief, not all working women are choosing a career over a man. Why can’t it be hand in hand? Did we conveniently overlook how many of our relationships developed from our social circles during our work life? Have we forgotten, no matter what age we are, how difficult it is to introduce our “close male friend” to our families without them preparing a mental image of our wedding day ahead of us, removing the joy of dating underneath our feet? The longer we admit to being in a relationship, the stronger the force of the marriage pressure cooker.

And for those who have the liberty to express their confirmation of live-in relationships, why should we seek a fault in their arrangement just because marriage isn’t immediately on the horizon?

A male friend, who admits to undertaking multiple methods of dating (including a reality TV dating show), is under scrutiny by his married friends for appearing desperate.

“I can’t win!” he says, “And I’m told that if I am too fussy, I should marry a girl from India!” The arrogance of courting a girl from our motherland as a last resort contradicts what people of colour have fought for.

It irks me when my parents are made to feel that they have failed in raising us in the way a British-Indian girl should be. I’m just as infuriated when my sister and I are given the guilt trip by married friends and family on how my parents ache to see grandchildren one day. For every heartache, there was a lesson to learn, my mother would tell me, as we were raised on a foundation of valuing ourselves. Isn’t that what every parent wants? If they can revel in the achievements of my work, my home, and my family bonds, why can’t everyone else?

It’s 2016, but it’s disheartening to see a woman is only deemed as complete with a man by her side by the same females who once fought for the choices that women like my grandmother didn’t have. It’s not pity we should be sharing with one another — it’s the encouragement to live each day for what it is. So, girls, rather than dictate how one should marry or live her life, let’s embrace our choice to live happily, and that too regardless of our marital status.