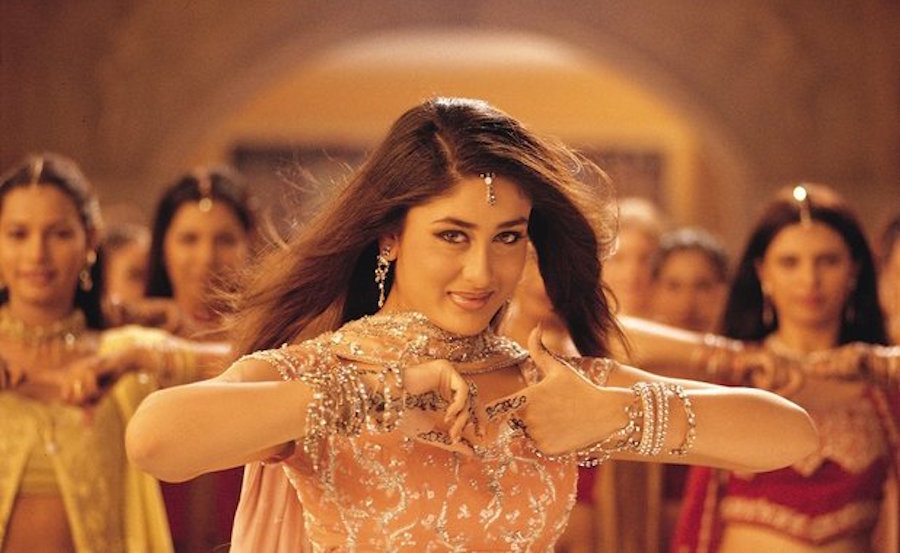 It was 2001 when the world was gifted with a treasure beyond its time. The magic of Karan Johar together with background score of “Kuch Kuch Hota Hai” brought forth a film that consumed our everyday with lessons of self-awareness, perseverance, fighting for what’s right, but most importantly, loving your parents. Ladies, gentlemen and/or which gender you choose to identify with, I present to you: “Kabhi Khushi Kabhi Gham.”

Fifteen years later, I still find myself quoting Poo and the wonderful Anjali everyday. The Plastics of “Mean Girls” need to step aside because the Raichands clearly have a lot more to offer, and with such epic style! Here are some of my favorite quotables, out of the oh so many.

Fuckboys are a no-no. Obviously, Poo sensed early on that Robbie was not worth her time. So how else should Queen P tell off peasant Robbie?

Robbie: Hey Poo, movie tonight?
Poo: Tell me how it was!!

Queen P is easily the most underrated character in the gem that is K3G. It’s widely understood how Poo worshipped her divine being and I think it’s high time we passed that lesson on to ourselves.

Poo: But aren’t I looking phat?
Sidekicks: Fat?!
Poo: P-H-A-T. Pretty hot and tempting!
*Poo and sidekicks laugh at the obvious misconception of Poo being fat. Poo’s got jokes y’all.*
Poo: (Pause) What are we waiting for? Christmas?

Queen P said it here first, folks. We are all PHAT.

Let’s be real. We all grew up quoting Anjali’s shayri for “Ashfaq Mia” to our parents, aunties and uncles. This was the best way to impress them on how well-versed (kind of?) we were with poetry.

And hello, this entire scene has quotables for days! Poor Ladoo!

4. Because it’s all about loving your parents right?

Thank you, SRK, (or really the K3G writers) for blessing us with wise words that, in reality, are a way for us to calm down after having a major panic attack.

“It’s Raining Men” should have been part of the official K3G soundtrack. Just saying.

Now, Poo isn’t the only one who comes with a package deal of slaying. This must run in the family because Anjali knows how to handle that next-door-neighbor of hers.

[Read Related: We Give You Every Reason to Take a Look Back at ‘Kabhi Khushi Kabhie Gham’s’ Soundtrack]

7. And Right After Sprightly Says Hello…

THIS hilarious moment when Rahul realizes what his sister-in-law is wearing to college for the day.

It’s a Raichand thing. Oh, and thanks Karan Johar for making Amitabh Bachchan such a jerk in this movie!

That sass is iconic.

Totally true K3G statistic: Entire scenes of this movie have been quoted in multiple households around the world.

Just when Poo thinks she’s finally got Rohan on the hook (and rightfully so), he plays a massive prank on her. In the end, as per usual, she gets her man. Because DUH, she’s perfect. The scene is perfect for this line among so many others:

14. And Finally, Let’s Just Be Honest: Basically Anything Poo Says

Again, whoever wrote Poo’s dialogue is obviously a genius in prose.

Happy Anniversary K3G! May we quote you (and especially Poo) forever.