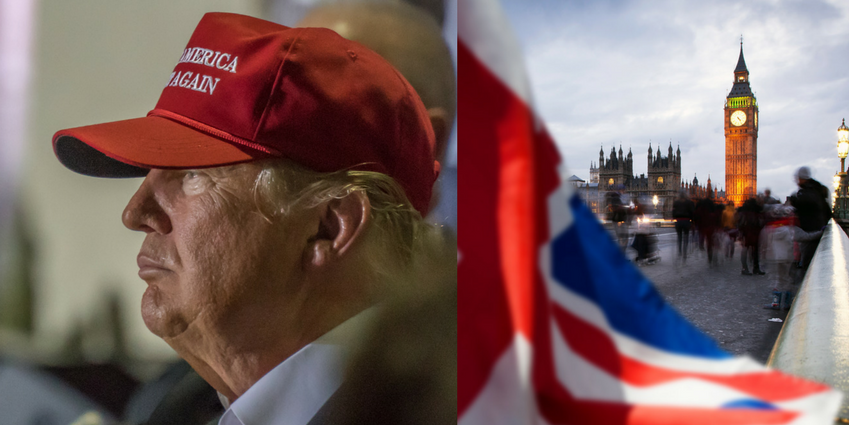 I’m writing this as a direct response to Brexit and the Trump election—not to place blame, but just to explain how I feel as an ethnic minority born and bred in the U.K.

Firstly, if you’re reading this you’re probably a friend or family member and so it goes without saying that I love you and am in no way trying to disrespect you.

However, you do not, and will never, understand how it feels to be an ethnic minority in this country—that’s just a fact. You will never know what it’s like to live with the constant fear of people judging you for the color of your skin, being told to “go back home,”  not having the same opportunities as white counterparts, feeling like it’s not even worth trying, feeling unwelcomed, feeling alone in your own country, feeling like an inbetweener stuck between two cultures you will never fully be a part of, feeling like a scapegoat, feeling like the whole system is against you or feeling that nothing will ever change.

I was absolutely distraught after Trump won. I cried and stayed in bed all day—I couldn’t understand what had just happened. I used to think the human race was inherently good, but I was beginning to think otherwise. I know people are making excuses and trying to overcomplicate the issue, and I know that Hilary Clinton was perceived as untrustworthy and having too much “baggage.” But whether or not you agree that people who voted for him were racist, the fact that he has made openly racist comments did not offset people from voting for him. Or maybe they voted for him because of it. Neither are OK.

[Read More: Everything You Need to Know About Donald Trump’s Cabinet Thus Far]

Brexit was just as unexpected.

My trust in British people is broken. I’d spoken to people in my own circle before the referendum and realized I was living in a bubble—a nice, comfy bubble of young, ethnically diverse, liberal free-thinking humanists like me, protected from the likes of Daily Mail and Sun readers. But this bubble didn’t represent the rest of the country. This was again an example of underestimating the immigrant-blaming culture here. There is no other way to explain the number of hate crimes that have occurred since the inception of Brexit; Britain voted for this xenophobia and intolerance.

Growing up, I didn’t think about racism much. I was raised in Southall and then Hounslow, and both have dense Asian populations. I never felt like a minority because I wasn’t.

When I started at the University in Brighton, I started to realize I wasn’t like most people. There were only three other ethnic people I knew in my new environment. I’d wanted to get out of London and be around people I thought I’d have more in common with, but what I found was not what I was hoping for. I felt misunderstood and completely isolated. I missed Hounslow. I missed the comfort of seeing brown faces, smelling tadka in people’s houses, hearing people talk in Punjabi or Hindi or hundreds of other languages, and being able to connect with people in a way that my new white friends just couldn’t.

One incident I clearly remember took place in a chicken shop after a night out. It was the day after British National Party’s Nick Griffin appeared on “Question Time” in 2009. I was about to order when an obviously drunk man started to shout:

“Chuck all of the Pakis out, send them all back home, we don’t want them here.”

In that moment, I couldn’t speak or retaliate; I don’t know if the man even knew I was there. I left immediately and had to be carried home because I was so upset. I’ve rarely spoken about it because I wanted to believe it was an isolated and unusual incident. The white friends I was with never brought it up either—so it wasn’t spoken about again.

Now obviously, I need to check my privilege here. I’d gotten into a good university because my parents and grandparents worked hard so that I had the opportunity to do so. I didn’t encounter the same openly racist abuse and rejection that they did in previous generations. There were no signs reading “No dogs, no Irish, no coloreds.” I wasn’t subject to racist attacks at school and then expelled for defending myself. I wasn’t put into care because social services couldn’t understand my family. I wasn’t made to cut my hair and remove my turban in order to get a job.

Britain has changed, but racism is still here. Just because it’s not on every street corner like it used to be, doesn’t mean it’s not hidden in people’s minds and ready to pounce given the right opportunity—as demonstrated by the response after Brexit and in tabloid newspapers every day.

So, white friends and family, my point is, it’s not enough to feel sorry for us, to just be there and say, “I can’t be racist because my wife/friend/boyfriend is Indian” or “not all white people are racist.” It’s not enough to say, “It’s rubbish but try and be positive.” It hurts. —more than you will ever know. We are grieving right now. Let us. And then stand with us as allies against this monstrosity that has become Britain and the West.

Whether it’s by educating your own family and friends, not standing by when people make comments you disagree with, not reading ridiculous tabloids, spreading information online, going to protests and demonstrations with us or signing petitions, join me in my commitment to do more. Be active, not passive. If you really love us stand with us, not by us. 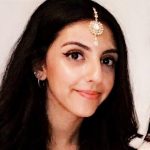 Sasha Nagra is a 26-year-old explorer, biscuit-lover and knowledge-seeker with a new-found love for writing. She is passionate about mental health, BAME issues, feminism and social justice. As a second generation ‘British Asian’ from a Sikh Punjabi family, she is determined to share her experiences and make a positive change. Check out her Instagram @snag90.