‘Rock On 2’ Overloads In Story, Lacks in Music and Heart 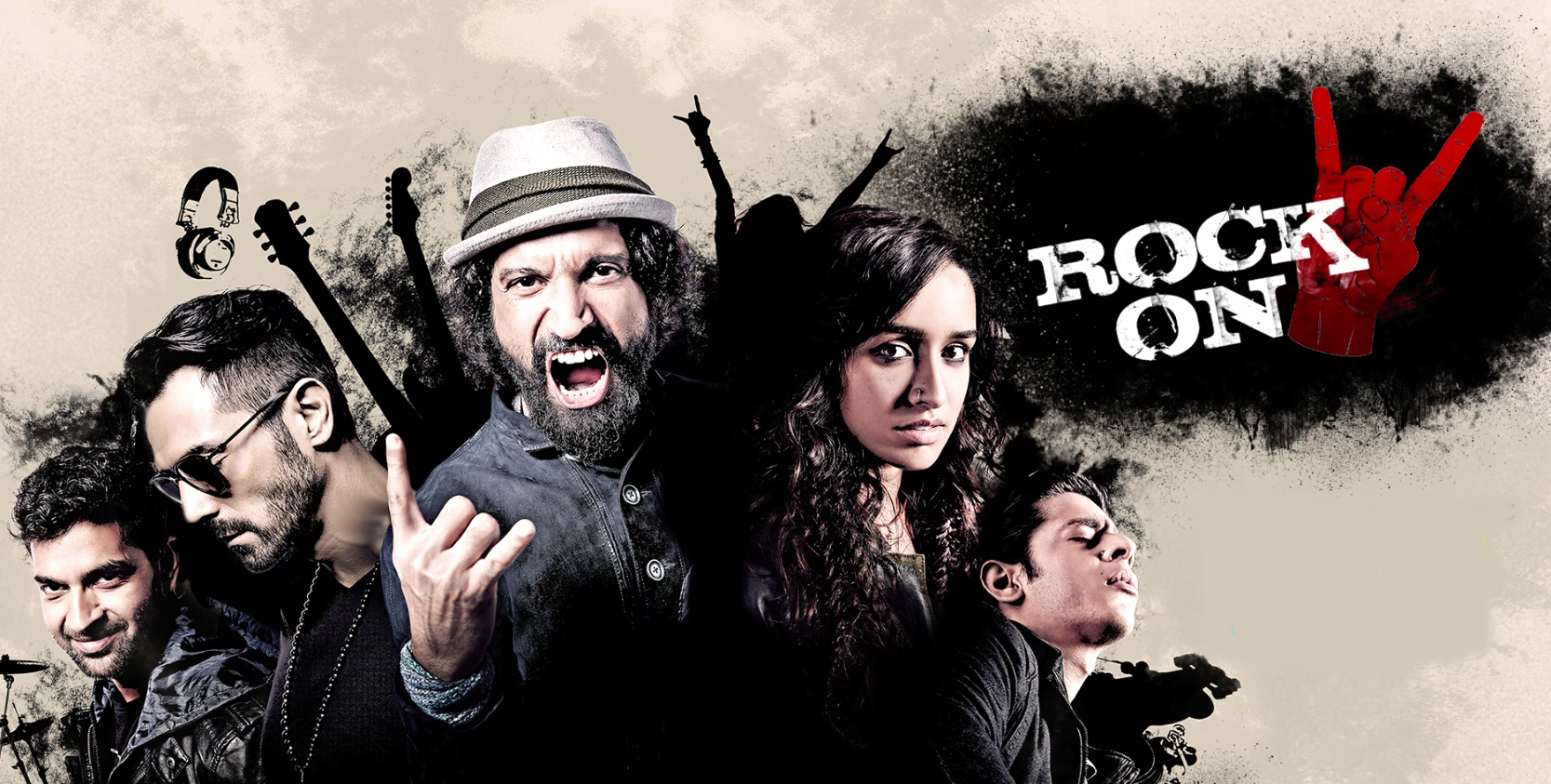 Magik might be back after eight years apart, but the magic of “Rock On!!” hasn’t quite returned for its sequel, “Rock On 2.”

Sequels are tricky. They have to re-create the same great qualities of the original installment while also providing improvements and adding entertainment. It’s a feat only a few sequels have managed, in both Bollywood and Hollywood. Unfortunately, “Rock On 2” hasn’t quite triumphed here.

“Rock On!!” followed the band Magik as they achieved success before truly growing up, then reunited 10 years later to become the band (and tight group of friends) that made them famous. It was a surprise hit, featuring some incredible Indian rock music (and introducing the world to Farhan Akhtar’s fascinating and beautiful singing voice), as well as giving us a real coming-of-age story that proves coming-of-age can happen at any stage of your life.

“Rock On 2” attempts to once again find a reason to break apart and then reunite the band that proved to be such a hit in 2008, but the plot falters by attempting to connect several storylines that have no threads that can easily connect bring them together.

Now it’s important to note that “Rock On 2” does not fail as heavily as many outlets in India suggest, unfortunately, a film’s modest to less-than-mediocre box office revenue is the biggest gauge of whether or not a film in India is a quality piece of cinema. That is quite a shame because some of the best films in Bollywood’s history were originally flops at the box office, like “Silsila,” “Lamhe” and even the original “Agneepath.”

But all that being said, there are a few problems with this sequel, and the story really is the biggest fault of all. “Rock On 2” once again finds our Magik crew broken up and at individual crossroads.

KD (Purab Kohli) works in advertising and is the biggest champion for getting the band back together (even if their dear friend Rob passed away several years prior).

Farhan Akhtar’s Aditya blames himself for the death of a fellow musician – the young, aspiring artist committed suicide and Aditya believes he could have stopped him if he had just given him the time of day. Because of this extreme guilt, Aditya has retreated to the Northeast town of Meghalaya to help build and take care of a village there, leaving his wife and son in Mumbai only to see them a few times every month.

Arjun Rampal’s Joe, on the other hand, can be considered the most successful of the remaining Magik members, as he is a reality show judge and owns a prime night club. But success doesn’t necessarily equal happiness, and Joe is clearly disillusioned with his life.

When newcomers Jiah and Uday (Shraddha Kapoor and Shashank Arora) come into the picture and join the Magik gang, things start to change for the better, even if both Jiah and Uday come with their own set of demons. For one, Jiah’s father is a music purist and considers the music Jiah is creating and performing to be blasphemy, and on top of that, Jiah also suffers from stage fright.

Bringing the band back together to prove they are stronger people individually when they have music and each other in their lives is a strong tactic, and a similar one to the original film. But the writers (Abhishek Kapoor and Pubali Chaudhuri) struggle with going off on tangents. For example, Aditya’s village at one point is victim to a devastating fire, which sets Aditya into another guilt tailspin from which his band and his family have to pull him out.

There are just too many tangents to bring back together to the main, and most compelling story with the most heart: The band itself. And the fact that there is less music in this sequel also doesn’t help the film bring back that main focus in plot.

That being said, the performances are, once again, top notch. Kohli and Rampal, in particular, are phenomenal, and once again Akhtar provides his standard great performance to a difficult role. Shraddha Kapoor and Shashank Arora are breaths of fresh air, even if Arora has little to do.

“Rock On 2” may not be a great film, but it does mark a bit of a milestone for Bollywood cinema. This is one of the first major sequels to a dramatic film — not an action series like “Dhoom” or a comedy juggernaut like the “Golmaal” series — since the “Sarkar” films of the 2000s.

Dramatic sequels like these (where the characters follow through from film to film) are rare, and it’ll be interesting to see if more producers will make sequels to dramatic films, even with “Rock On 2’s” disappointing box-office numbers on record. The producers of the film have already expressed interest in making yet another sequel, so clearly there is no limit.

Learning to Connect with my Daak Naam vs. my Bhalo Naam

Our Twenties – A Decade Full of Quarter-life Crises