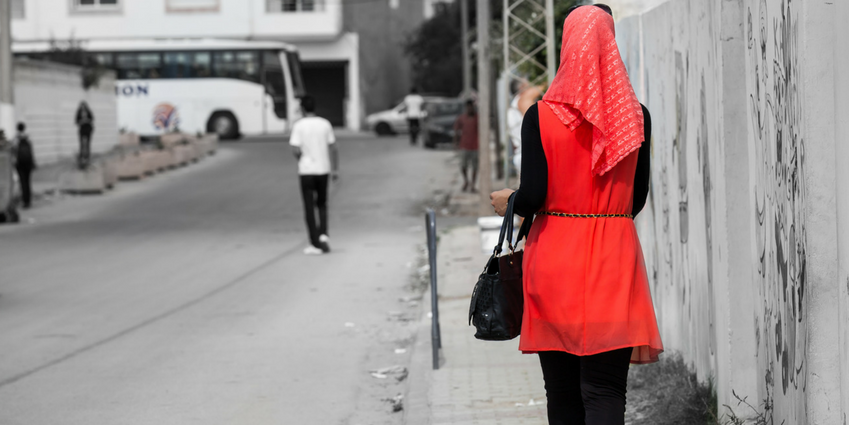 Let me start off with a story—a crazy, wild kind of tale that makes you want to believe in the possibility of impossibilities.

I take a seminar class that meets weekly from 7-9:00 p.m. Now, on this particular Thursday, we had a trip planned at the medical school on campus, and because they don’t have yellow school buses ready for college kids like me, my classmates and I agreed to convene at the bus stop at 6:15 p.m. so we could all go together. Solid plan.

The day went by normally: I went to class, worked a shift, mourned for my country’s future—the usual—and decided to grab a quick dinner before heading out. Sometime in between my first bite and the tense atmosphere in the dining hall, I got caught up in a heavy talk about the election and realized I was cutting it close with time. So, I packed up my stuff and hurried out the door, arriving at the stop in time to see the 6:10 p.m. bus leave.

I quickly scanned the clearing, saw no sign of my classmates, and concluded everyone had likely taken the 6:10 p.m. bus and left without me. Without a second thought, I climbed aboard the 6:15 bus that came after.

[Read Related: “How Does My Interracial Relationship fit into the new America?“]

Once in my seat, I called up a friend from seminar to gauge how far ahead my classmates had gone, only to learn that everyone was waiting for the 6:20 bus instead. It was only then that it occurred to me that there were two different buses at the stop and I might’ve ended up on the wrong one.

So in a series of very logical choices I had already made that night, I proceeded to get off the bus.

I took one look at my surroundings: dark, largely empty streets and buildings, and knew I was lost. Not only that, I was lost in an unfamiliar city, at night, post-election day—with no idea how to get home.

In my rising panic, I decided to ask for directions from the nearest post office (which was closing), the nearby 7 Eleven (which was no help), and people passing by, all while acutely aware I was bringing attention to the fact that I was a Muslim woman of color who was very vulnerable at the moment. I was scared.

On the verge of a breakdown, I called my classmate again, in hopes of getting some form of help or advice. And as we were talking, I happened to glance at the road and felt my words trail off as I caught sight of a yellow hijab—the face of one of my other classmates, on the bus that I was supposed to be on. Our eyes widened at the same moment as the bus pulled away.

I ran after it.

Adrenaline spiked through my body as I attempted to match the pace of the receding bus. I remember tearing down the street, almost knocking into other people as my eyes stayed fixed on the blue shape of the bus. It was driving and I was running, and I knew at any moment it could accelerate away, but I kept running, stubbornly, maybe even stupidly, I ran hard.

And then, either because of my classmates or a red light, maybe both, the bus stopped.

In the moments after when I was greeted by celebratory claps and welcoming smiles after my heart had stopped racing and my panting had subsided, I reflected on the moment I saw the bus and why I’d run after it. It wasn’t athletic prowess or defiance—I was driven by desperation.

I know Nov. 8, was a difficult day. I was there, sitting numbly in front of the television screen as the numbers rose, my heart cracking with bitter betrayal by the end of the night. I saw the tears streaming down faces as friends cried and phones pressed to cheeks as people consoled family—everyone living in a moment of bleak helplessness as we all realized our fellow countrymen did not think we belonged in the only home we’ve ever known.

The day after, it got worse. I kept scrolling through my feed, refreshing it with new horrors as more hate crimes were reported. A tweet by a Latina whose college roommate constructed a wall of shoes to divide their shared dorm. A post by a Muslim woman sharing how her parents had advised her not to wear hijab out of fear. An article about Penn freshmen black students who’d been added to group chat titled “N-Lynching.”

I, myself, was in the dining hall the day after, having breakfast with a group of friends when one white male in our company jokingly looked at all of us and said, “Bye!” It wasn’t funny.

The situation looks dire–it is dire. But with all these devastating events also comes good news: Ilhan Omar, a former Somali refugee was elected as the first Muslim Somali lawmaker in the U.S. and she is only one of many diverse women who’ve been elected into the senate post-election; a demographic of the millennial vote demonstrated the future voters of our country all voted liberal and Hillary won the popular vote; thousands and thousands of people across New York, LA, Boston, and more are mobilizing in protest of the president-elect.

[Read Related: “After the Election I Will Grieve, But I Will Also Heal“]

Your anger is valid. Your grief is valid. Your emotions are valid. But as these next four years unfold, it is okay to hope. In these times, people become desperate in the best and worst of ways. We can be desperate and give up or we can be desperate and fight hard. I keep finding myself going back to that moment when I saw the bus: life might throw us curve balls that leave us stranded somewhere at night or with an unqualified leader, but we need to believe there is always a way.

Maybe it’s because I watch too many movies and I’ve seen the good guys always win in the end. Maybe it’s because I study science and I learned that every action has an equal and opposite reaction. Or maybe it’s because I’m Muslim and I know there is good in everything. But I need hope, that sliver of possible impossibility, because only then I can keep going—and I hope you all can as well. 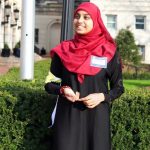 An unapologetic and opinionated Muslim brown girl who types faster than she thinks. But sometimes these nonsensical ramblings make sense.

Finding Harmony in Being A Bicultural American-Indian

‘To Nani, With Love’: What I Learned From my Grandmother’s Death

‘Imprisoned’: Poem About Being Trapped in a Man’s World

Open Letter to Hillary Clinton: Thank you for Being Our Champion