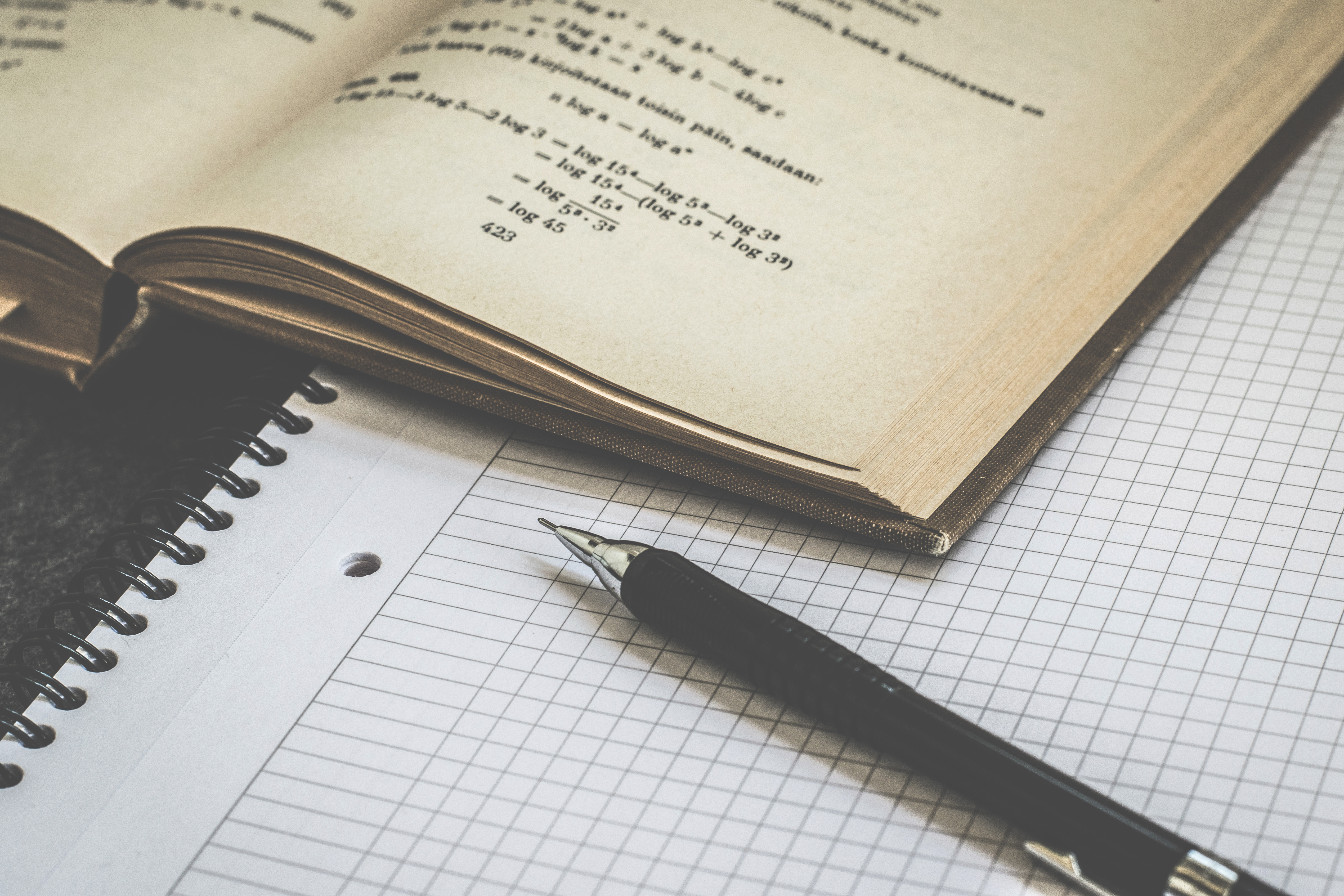 The “model minority” stereotype is one that is not explored nor scrutinized to the extent that it should be. In America, the “model minority” myth is the cultural expectation placed on Asian Americans, as a group, that each individual will be: “smart” (i.e. math and science oriented), affluent, submissive, and “live the American Dream.”

This stereotype has been fueled by the high rates of academic achievement, college attendance, and financial success among certain Asian-American subgroups. While, in theory, being dubbed a member of the “model minority” appears to be a compliment, many fail to realize that this label is limiting, divisive, and ultimately dehumanizing.

According to the National Association of Independent Schools (NAIS), the “model minority myth” has its origins in the 1960s, when the media broadly applied the label of the “model minority” to incoming Asian immigrants (from both South Asia and East Asia). They were often touted as prime examples of the “American Dream.” For white people who felt threatened by the emerging Black Power Movement, this stereotype served as a strategy to quell the growing political unrest at the time.

This narrative, which held one minority group (Asians) above others (namely black people and Latinos), created a racial divide. By depicting Asians as members of an “exemplary group,” who are high achieving and docile, and as opposed to their black and Latino counterparts who “create trouble” and “refuse to pull themselves up by their bootstraps,” those in power pitted different minority groups against each other. Sadly, the “model minority stereotype” remains prevalent in the present day, and continues to perpetuate racism at multiple levels.

First and foremost, one of the biggest issues with the “model minority myth” is the portrayal of Asian-Americans as a homogeneous group. While the term “Asian-American” includes individuals from South Asia to Southeast Asia, the general public often fails to take into consideration the racial, ethnic, religious, and socioeconomic diversity across all of the Asian-American subgroups. For one, different communities which fall under the “Asian-American umbrella” experience different degrees of prosperity. While the Chinese and Indians are cited as being among the highest earning groups in America, the Hmong, Cambodians, Bangladeshis, and Laotians are known for experiencing high rates of poverty.

So the depiction of all members of these communities as affluent and high-achieving is misleading and often prevents those who are struggling from receiving the support they need.

The depiction of Asian Americans as monolithic also neglects the unique social experiences of members of each group. South Asians and East Asians are from very different racial and cultural backgrounds and, as a result, experience America’s racial hierarchy differently. East Asians, for instance, have faced considerable racism throughout history (i.e. the Chinese Exclusion Act of 1882, railroad labor exploitation, and the Japanese internment camps), as well as in the present day.

Those of East Asian descent are depicted by the media as weak, submissive, and “nerdy,” and this certainly contributes to the high rates of bullying impacting East Asian American youth.

South Asians, on the other hand, face their own set of prejudices. In addition to being labeled as either “high achieving” or “owning a gas station,” South Asians experience xenophobia, Islamophobia, and anti-blackness. Though South Asians are considered part of the “model minority,” their darker skin color, coupled with the current portrayal of Brown folks as “terrorists,” often makes them more threatening to White folks than those of East Asian descent.

Still, people from both the aforementioned communities are on the receiving end of harmful biases, and it is imperative to take into account nuances in experiences to address social inequity.

Another significant pitfall of the “model minority” stereotype is the positioning of different minority groups against one another. The depiction of Asian-Americans as “submissive, law-abiding, and high achieving” serves to maintain existing structures of White supremacy. By portraying them as poster children for the “American Dream” who were able to “rise above” obstacles, and concurrently portraying black Americans and Latinos as “lazy” and “playing the victim,” a wedge is created between both these groups. The “model minority” narrative not only negates the structural barriers impacting black people and Latinos, it makes Asian Americans into caricatures of robotic “lap dogs” who submit to the present social order.

At a personal level, I have witnessed the pitting of minority groups against each other by white folks. For example, when I befriended my black and Latino peers at my predominantly minority middle school, some of my white peers felt threatened. It often shocked them that I identified strongly with my peers of color as well as with my own culture. To this day, it shocks me to think about how deeply-ingrained these racist ideologies are, that, from a young age, white youth are socialized to partake in this form of harmful stereotyping.

I recall one instance in particular in which a white classmate spoke highly about the handful of East Asian and Indian students at the school, and she felt the need to tell me that I should remember that I am “Asian” and not like “those kids.” Several years later, in college, another white classmate told me that I am one of the “good minorities,” unlike black people and Latinos, who “commit crimes.” These instances are reflective of the large-scale divisions created by racist stereotypes, as well as the fact that the “model minority myth” ultimately hurts us all.

Call to Action for South Asians

It is crucial that everyone who falls under the Asian Pacific Islander American (APIA) umbrella comes together to dismantle harmful stereotypes. Not only is the “model minority” myth an insult to our respective identities, it also marginalizes individuals both within and outside our own communities.  It is important that we make an effort to understand that, while it outwardly appears that we are being “praised” for being upstanding American citizens, we are, in actuality, simply being patted on the head for conforming and not challenging systemic oppression.

As demonstrated by several instances throughout history, one of the most recent being the “Hindus for Trump,” rally in New Jersey, we are often used as pawns by white folks who can sense the prevalent desire for white approval among many Asian-Americans.

At the end of the day, do we really want to be reduced down to our academic accomplishments and receive validation for our “obedience?” Do we really not have any issue with the erasure of the racial, cultural, socioeconomic, and religious diversity within our communities? And are we really okay with a wedge being created between ourselves and our Latino and black brothers and sisters? When we put it like this, I am sure that the majority of us are absolutely not ok with the power dynamics stemming from the “model minority” myth.

It is imperative that we continue to speak up against this problematic narrative, not only on behalf of Asian-Americans but also on behalf of fellow people of color impacted by it.  Ultimately, we all deserve to be treated with dignity and respect and viewed as multifaceted individuals, each with our own unique story. But current power structures do not allow for this. To create a society that values the humanity of all of its members, we must work together to break down harmful stereotypes.

Natasha Sharma, one of the faces of the “Dark is Beautiful” campaign, is an International Relations and Social Work graduate from The University of Texas at Austin. She is very passionate about addressing social inequities. She has worked extensively with youth, immigrants, refugees, and survivors of domestic violence. She has also helped facilitate sustainable projects benefiting communities in India and Ghana. She ultimately hopes to pursue a career in the field of international human rights. Additionally, she does some freelance modeling on the side. For the past two years, she has participated in local fashion shows, hair shows, photo shoots, and showcases. She hopes to increase the presence of women of color in the media and to use her modeling career to combat skin color bias.

Don Cherry and the Poppy: Pinning of the Good Immigrant

We’re the Second-Largest Population in the World. Why Can’t I See Us?