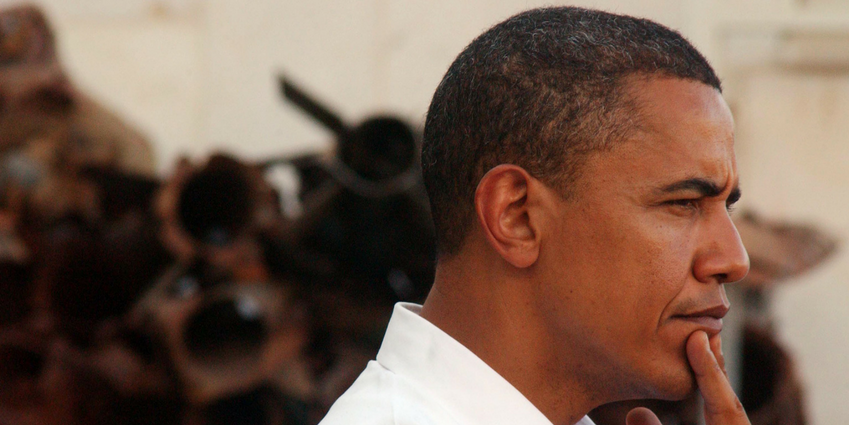 I remember standing in the halls of Simon Fraser University in British Columbia eight years ago, all of us gathered around a small old television set watching the 44th President of the United States, Barack Obama, as he reawakened a sense of hope that was well lost before he stepped into office. His campaign had spoken to us and he had won his Canadian neighbors’ hearts long before he was sworn in.

Yes, we can. We can tackle terrorism without initiating fear and hatred, we can end a war on foreign soil that created more problems than it resolved; we can provide medical care as a basic human right, we can give women the right to control their own bodies, we can eliminate racism and bigotry–we can elect a person of color to the highest office of the United States. And yes, we did. America had made history.

President Obama represented the light in a time of darkness for the world, not just Americans. As Canadians, we were proud of our neighbors–we were elated. Obama had accomplished something so unbelievable that he made all people of color feel like they were now equals who could take part in the American Dream–something that was previously well-preserved for privileged whites. His feat was remarkable. It was unbelievable because as people of color, we are used to being ignored, overlooked and feared. Sure, our growing numbers have been successful in electing mayors and senators—or in Canada, MPs and MLAs—but the highest office of one of the world’s leading powers? We were blown away.

I felt a sense of beaming pride that day as I watched a black man become president. His speech was well-articulated, thought-provoking and heart-wrenching. His words, which always made so much sense and spoke so much truth, were the canals of wisdom  people of color needed to prove their intelligence and importance. They were the words that conveyed how much we had contributed to these nations, most of which until now was unaccounted for. It was emotional and it was moving. Of course, it was a much greater feat for African Americans and had a larger symbolic significance for their community after facing centuries of oppression and hardship. Yet, here we rejoiced in their joy.

Yesterday, however, there was a sense of gloom. Instead of feeling a sense of pride, I felt a sense of doubt. I felt we had gone back in time. We had lost all of the progress we made within the last eight years. The beacon of hope and belief in society’s progression and acceptance of others that had been a characteristic of these eight years was all shaken as an outright racist and sexist candidate won the presidency. I can’t help but think that this is a backlash–or whitelash, as it’s been coined as on CNN by political commentator Van Jones . A retaliation against progress and a backlash against people of color and women.

As your Canadian neighbors, we feel unease. Our future has often been linked to your decisions and your examples have often affected us. We recently went through a federal election where a candidate attempted to use Islamophobia, fear and hatred, to win in opposition to a leader who held up multiculturalism as an asset rather than a setback. It was largely understood that this conservative candidate’s strategy was influenced by islamophobia in the United States.

Nevertheless, Prime Minister Justin Trudeau won the election based on principles of anti-racism, feminism and social justice—but now what is there to say about fear mongering and hatred being used again in other elections? The example that has been set for the entire world today is concerning.

On another note, we say goodbye to President Obama with heavy hearts. We will miss his strong leadership, demeanor, charisma and everything he symbolized to us as people of color. His feats will never be forgotten and his years as President will be missed. There may have been some misgivings and rocky moments but he always held his ground, giving the world an example they will cherish for generations to come.

Don Cherry and the Poppy: Pinning of the Good Immigrant