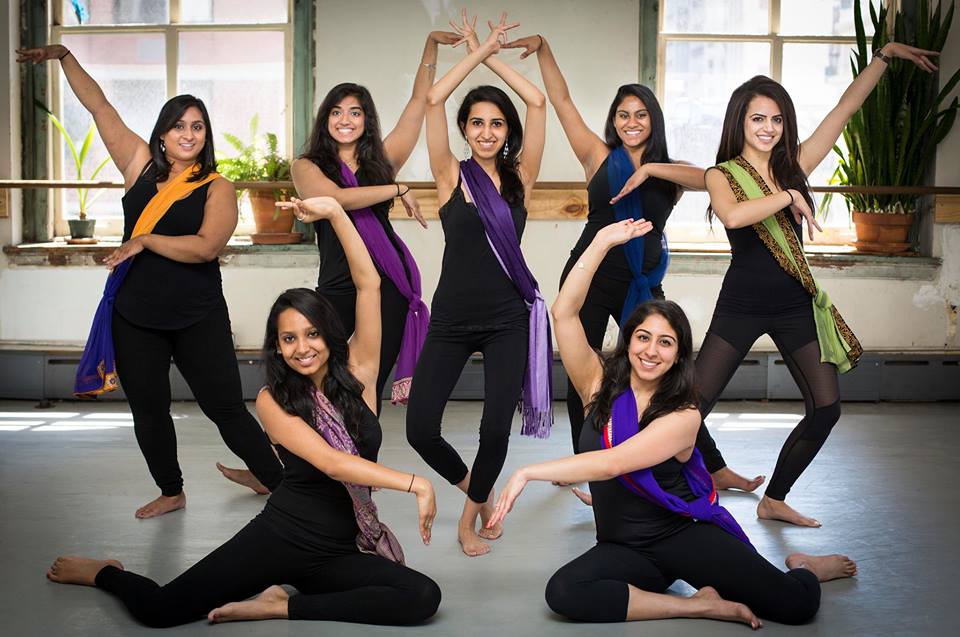 If you’re interested in joining a dance crew in the New York City area, Ayana Arts will be hosting their second round of auditions this weekend. The audition will be split into two parts: {1} Learning a set of choreography and performing with our existing team, and {2} performing a short individual segment of dance and music. For more information, please click here.

Despite growing up in a city as diverse as Houston, I found myself in remarkably, often blindingly white situations, especially in school. Beyond the classroom, I was the eldest daughter of immigrant parents, the eldest cousin growing up in the U.S., and the only kid my age in our desi friend circle. I don’t remember being too disturbed by any of this growing up, it was my normal. What I didn’t realize till so much later in my life was that it left me feeling incredibly out of sync with my peers.

These other kids, my supposed counterparts, felt foreign to me. They knew what clothes to wear without getting bullied in the bathroom. They knew what songs were cool and didn’t have to fake sing and nod along, anxious someone might catch on. They were never told they ‘smelled like vegetables’ because of the cooking going on in their house. Growing up without anyone older to guide me or other desi friends to commiserate with left me a fish out of water in a country I was growing up in. Over the years of embracing my heritage, I found a genuine love for the music and dance in particular.

I understood from as early as elementary school that I was never going to fully fit in. I knew I was never going to be the prettiest, most athletic, popular, or even smartest girl around. I knew I would struggle to simply make the bar acceptable to hang around. Even today, that sentiment and insecurity is my shadow. But what I also knew, even at 7 or 8 years old, was that I refused to fade into the background or change who I was to fit in. It was partly on principle and partly because I knew it was a lost cause to even try. Instead, I decided that if I couldn’t be known as a normal American girl, I would be known as the cool ‘exotic’ girl. Now, to preface this – I may have Orientalized myself here. To be fair, I was a kid, desperate to feel good about myself, and had no concept of Edward Said, the negative psychological impact of stereotyping or cultural appropriation.

Regardless, I remember many moments I made a conscious choice to own my narrative of being ‘the Indian Girl’. In first grade, all of us were told to bring in our favorite songs – I brought what I still fondly call ‘The Boat Song’ from Kaho Na Pyaar Hai. In third grade, I stood up proudly in front of all my classmates in a shalwar kameez (that I voluntarily wore) to teach them about Islam. In sixth grade, I taught eager white boys how to say random phrases like, “Mujhe pani chahiye,” to make their younger brothers think they were being cursed at in some foreign tongue they kept calling ‘Hindu.’ I feigned bemusement, but deep down I was giddy. The strategy I had been employing for years was finally turning out results. By the time I was in middle school, I was the only South Asian kid in my year. I took a great deal of pride and responsibility in being the first Indian kid some of my classmates had ever met. But yes, a larger part of me than I care to admit felt excited that I was able to make conversation with people I don’t think would have had cause to speak to me otherwise.

I would watch Madhuri Dixit and Aishwarya Rai dance with their heads high and a playfulness in their eyes that fascinated and intoxicated me. Montages of everyone from Preity Zinta to Priyanka Chopra walking down the street to upbeat music, the star of their little Bolly-world inspired me. That confident way of moving through the world was what I aspired to. The songs and movements, in all of its overly expressive and dizzying color, inflated and inspired my own sense of self. Listening to those songs, and eventually dancing on stage, allowed me to harness that same energy ‘IRL’. It carried me through middle school, high school, and especially through college. Georgetown is where dance fully entered my life. Before that point, most of my dancing had been restricted to my bedroom or to entertain (or annoy) my family.

However, my freshman year I started Bindaas, a Bollywood fusion dance group with several friends. Suddenly, I was at the front of the room, choreographing and performing all the moves that I had simply been moving to in my fictional filmy version of the world. I danced every year in a massive South Asian dance show called Rangila and by some strange twist of fate found myself giving a speech as the President of South Asian Society (aka “SAS Queen”), in front of thousands of people at the Kennedy Center. Somewhere along the way, all that Indian music had added more than just pep to my step – it gave me my own sense of rhythm.

When my co-founder Sonal Somaiya came to me with the idea for Ayana Arts, I knew it was exactly the opportunity I was looking for to continue to work on myself and enjoy the outlet of dancing. It’s been challenging and exciting to build something from the ground up in a field that has given me so much.  It’s been the natural next step in building my skill set both as a dancer and a person.

I never feel like a better version of myself than when I am dancing. Those moments of self-pride are victories. The journey to accepting myself has been long, painful and is on-going. But I’m grateful – my roots have rooted me. I know how crazy this may sound to some, but I can say with complete honesty that Bollywood music and dance has made me who I am today. It gave me the courage to be different and the confidence to stay true to myself. ‘Myself’ is not fully ‘American’ or ‘Indian’, as others may understand it. But it’s fully me. 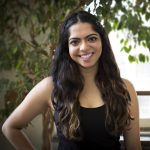 Mariam Matin is the Marketing Chair and one of the Co-Founders of Ayana Arts. She is a Brand Marketing Associate at Undertone. She graduated from Georgetown University with degrees in Economics and Psychology in 2015 and was President of the South Asian Society. The songs she currently has on repeat are: The Breakup Song (she recently purchased a long red kurta to match her ripped jeans and headphones) and Rang, sung by Amjad Sabri and Rahat Fateh Ali Khan.

The Benefits of Having Conversations About Topics Other Than Men

Stay True to Yourself—Discussing Mental Health While Looking for Love

Nirbhaya: The Fearless One

#BrownGirlsTalkSex: I Can’t Forgive or Forget, But I Still Have My Pride