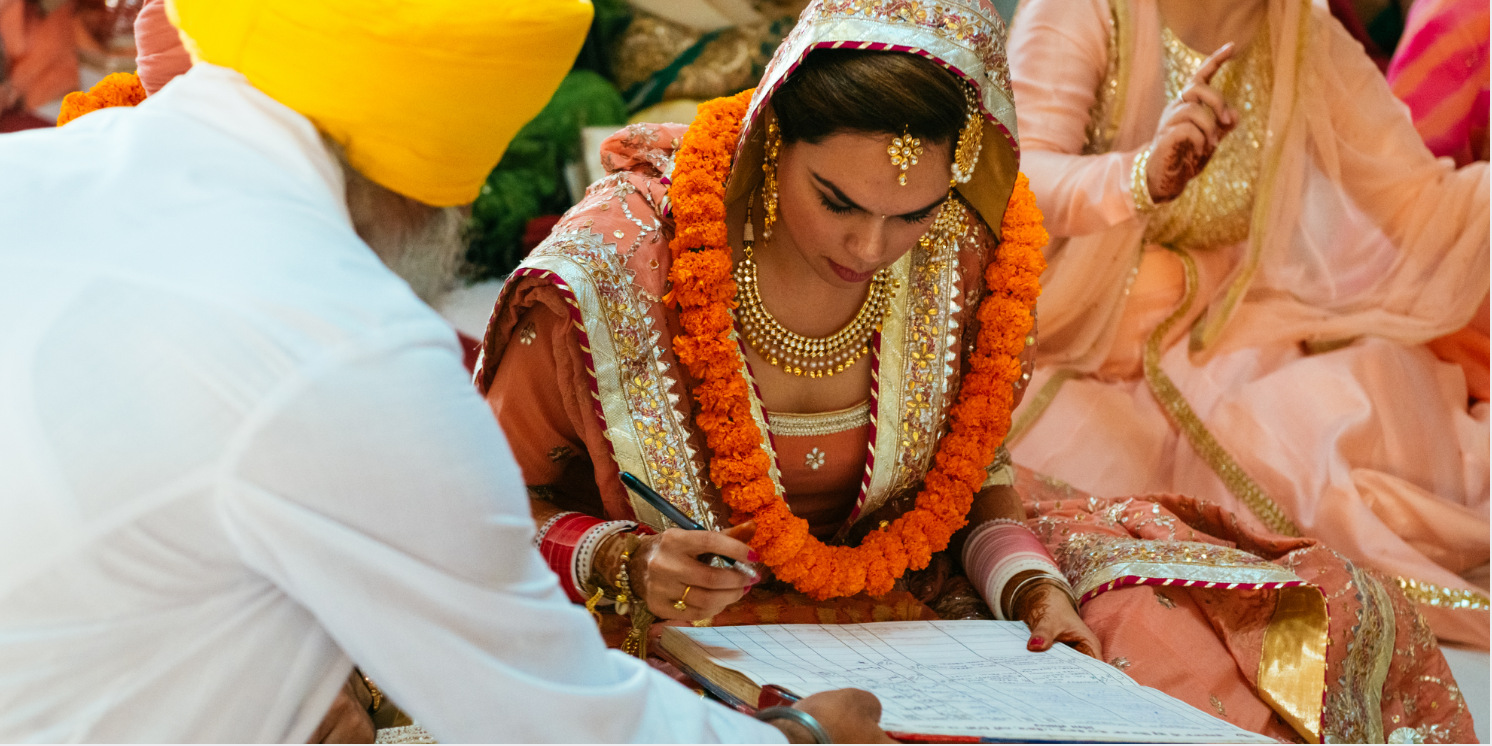 You didn’t think it was right for a Sikh and Hindu to get married through Anand Karaj and you protested on their wedding day. Here’s the problem.

Anand Karaj is a sacred ceremony that unifies two souls into one – seeking God and blessings. Why are you protesting? Because one individual may not be Sikh?

Does that mean those Sikhs who no longer practice Kesh – uncut hair – shouldn’t be married through Anand Karaj either? How about the Sikhs who practice karva chauth or believe in mata—they are going against the Guru’s teachings as well, correct? Or what about the countless individuals from all different faiths that celebrate Guru Nanak Devi Ji’s birthday, they probably should be banned from entering the Gurdwara, right?

As a woman who grew up in a Hindu-Punjabi family, I was raised in the Mandhir and Gurdwara. In fact, many of those in my sangaat (congregation) never cast judgment on my family or anyone outside of the Sikh faith.

That is the very reason I am drawn to Sikhi and even volunteer for Sikh organizations, because of the fundamental principles of humanity.

While you guys were sitting down and deciding who can and cannot get married, there were Sikhs all over the world doing seva instead. While there were reports of possible suspicions of “bladed weapons,” we had Sikhs educating communities on the importance of Kirpan and what it means in Sikhism.

While you sat peacefully to protest a marriage on September 11, there were numerous Sikhs who peacefully sat and prayed for those who were affected and lost their lives due to 9/11.

The next time you decide to judge what is right and wrong, remember your Kara (steel bracelet).

It serves as a reminder to carry out the true good deeds of Sikhism.

While Hindu, Sikhs and Muslims, try to eradicate racism and bigotry on a whole, we could do without your animosity and scrutiny in regard to the validity of marriages through Anand Karaj.

The true reflection of acceptance can only come from the Guru.

Say Your Name, Your Real Name: my Back-to-School Advice for Roll Call