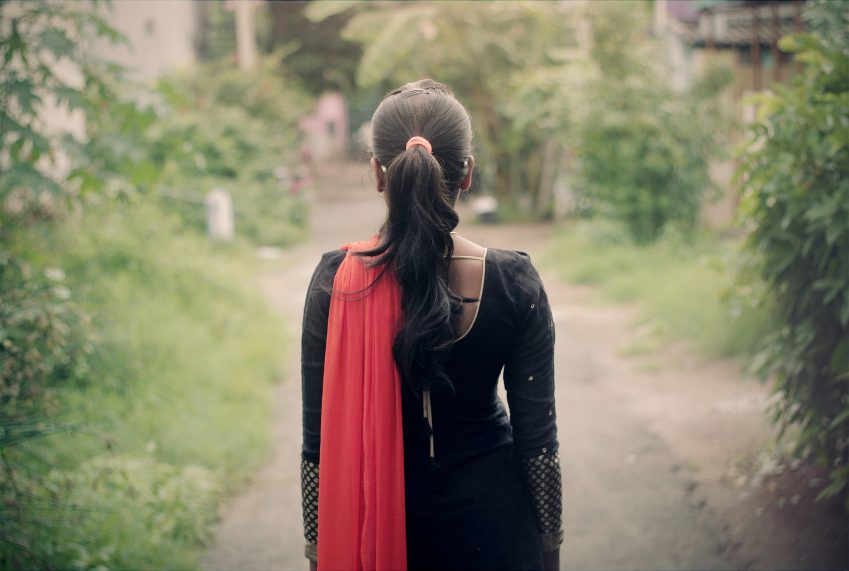 Hailing from a cultural background whose mission is to safely transport daughters to their husband’s home from their fathers, breaking free from stereotypes is almost like taking a deep plunge into the unknown. The South Asian communities are deeply embedded into strange cultural traditions where anything out of the norm is looked down upon, raising multiple sets of carefully plucked eyebrows.

Female solo traveling is a phenomenon which is still quite new to the world at large, but the idea of traveling solo in a nation that is obsessed with saas-bahu dramas is needless to say, extraordinarily unusual.

Naturally, when I announced my decision of conducting a series of solo travels around the world, the reaction was so predictable, it was cliché.

I was constantly narrated anecdotal horror stories of rape, racism, and the world being a terrible place—especially for a Pakistani, thanks to mainstream media’s on-and-off portrayal of us as potential perpetrators or terrorists in the making.

My parents are educated, open-minded individuals and trust me with making the right choices for myself. While I necessarily do not face the following dilemma because of their constant support – my culture does have a strong hold on females and is a different scenario altogether. Living in a diverse city like London means I’ve adapted to a lifestyle that doesn’t essentially revolve around making plans with other people.

So why is this leap of faith any different? Why does being “Pakistani” or “South Asian” raise the following remarks of “humaray muasharay mein aisa nahein hota” (such norms do not exist within our society) followed by the evergreen, “apnay miyaan kay saath ghoomna” (travel with your husband), or the inevitable “it’s not safe for brown women!”

My male friends who are also solo travelers are admired for their courage and masculinity, whereas a female traveling solo is either too ‘wild’ or “bigri huee” (out of control).

Nobody bats an eye at the prospect of a grown South Asian man traveling to Europe independently, but a female frolicking around an alien continent will lead to the foreseeable, “zaroor goray say shaadi karli hogi” (she’s probably married a white man).

A desi family’s over-imaginative mind will always visualize their female child raped or killed in an unknown alleyway. Sadly, women do experience an excessive amount of persecution and exploitation while traveling solo, but the chances of them being ill-treated in a foreign land are equal to, or less than, experiencing threats within their local and/or ‘safe’ communities.

Misogyny is a widespread occurrence. South Asian countries have some of the highest cases of mistreatment reported, so how is the sanctuary of ‘home’ any safer from the rest of the world?

The idea of putting restrictions on sub-continental females traveling solo, therefore, is unreasonable when no nation has been able to fully deal with gender discrimination and sexual aggression.

A brown female traveling alone is also proof of her ‘loneliness’ and therefore, she must be quickly married off to the first decent ‘rishta’ (proposal) coming her way.

However, if there’s one thing that isn’t within human control, it’s time and circumstances. Solo traveling is a journey full of personal growth and self-discovery. Each time a woman ventures on her own, she becomes self-governing, secure, and in sync with her wishes — something our culture fears with a passion. Nothing is scarier than a confident woman aware of her worth.

In fact, unaccompanied traveling comes with a certain freedom which might be daunting to the narrow minds of many cultures.  More often than not, it’s not just South Asia, but women belonging to other parts of the continent as well. An Arab lady in Hungary, also a tourist, was baffled by my excessive solo travels across a foreign country without a male chaperone (“Yallah, Habibti!”), and made me swear I’ll find a nice man for myself asap.

Asian women are also often subjected to utter disbelief at showing any signs of confidence. To them, a woman is vulnerable and incapable of handling ‘drastic’ situations such as getting lost or losing her luggage. That a girl without a man is always weak.

Why is that, when safety rules applying to both males and females are exactly the same? Trust your instincts, take care of your belongings on public transport, and protect your passport and other necessary travel items in digitally secured lockers or safety deposit boxes in hotels or hostels.

According to modern psychologists, the average intuition level of a woman is higher than a man’s and their ability to read suspicious signals and understand body language is stronger. Taking advantage of such superhuman skills always come in handy while traveling solo, and if put into proper use, keeps us out of harm’s way. Reading up reviews before booking accommodation and talking to locals on message boards also decreases the risk of ending up at a horrible place.

Traveling holds a historical significance of being seen as an activity for daring men and a perilous rendezvous with death for women. South Asian females generally follow a stereotypical pattern of graduating from university, finding a job, working (if lucky) for a while, and then getting married off to a man who will hopefully fulfill their traveling pursuits. When societies view female perceptions as down-trodden, their aptitude to acquire priceless skills is also condensed.

All travelers should take compulsory safety measures. Women should be as judiciously prepared as their male counterparts. Along with that, South Asian women also need to fight the extra mile to defend their off the beaten path life choices.  Any efforts to imprison women’s activities solely based on their gender, location and “loag kya kahein ge” (what will society say) not only portrays the outlook that they will always be considered inferior to men but also risks in diminishing their place within their home country. 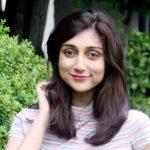 Exploring and writing her way through life, Queenie Shaikh is a biryani addict, latte-art admirer, women’s rights advocate, fitness enthusiast, Harry Potter fanatic and a perpetual nomad, amongst many other things.