Burning Bridges to Achieve Success as a Model 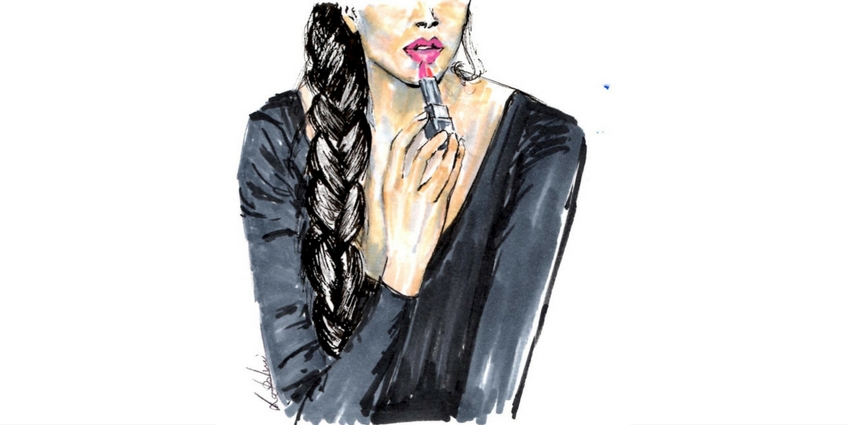 Working at a restaurant has been making me depressed, but I tried to focus on the job at hand to get through the day. As I got better at waiting tables, I began to get used to it. It was starting to feel less monotonous and less tare-my-hair-out boring.

In my free time, I was starting to get in the habit of spending two to three days of my week forwarding acting and modeling jobs to my agents from Actors Access and Casting Networks. It was working. I was getting called in for auditions almost every day.

[Read Related: What I Learned From Applying to be Miss USA]

The only problem with getting a bunch of auditions was that it was only my second week of serving and I was scheduled for lunches all week. Being at the restaurant during the day would conflict with my audition schedule. I hoped that any auditions I had coming this week could be pushed to when I didn’t have to be at work.

On Tuesday morning, I got an email from my agent saying I had an audition at 4:00 p.m. I confirmed, hopeful that I would make it out of the restaurant on time. I asked my manager if she thought I would be able to leave by 3:30 p.m. to attend the audition. My manager said, “No.” We’re the busiest at lunch time and she would not let a single person leave earlier than necessary.

A few minutes later, my manager approached me to say that she would have one of the opening servers close for me so that I could leave early enough to make my audition time. I breathed a sigh of relief and thanked her.

I ended up leaving work at 2:00 p.m. and had ample time to take a break and get ready for my audition, which was thankfully just a few subway stops away.

“Okay. This doesn’t seem so bad. All I have to do if I have a 4:00 p.m. audition is switch with an opening server,” I thought to myself. “This is manageable.”

Wednesday rolled around. My agent called me to tell me that I have an audition on Thursday again at 4:00 p.m. Damn these 4:00 p.m. auditions. The audition slots made me nervous when I was also scheduled to work lunch because it meant that I would be cutting it close when leaving work.

During my Wednesday shift, I talked to the manager on duty at the restaurant. He told me as long as I switched with one of the opening servers for the next day, he would make sure he talked to Thursday’s manager about letting me out on time.

It turned out, the restaurant would be booked for a private event in our outdoor area during lunch. The servers would all be “cocktail waitresses” and passing out hors d’oeuvres and drinks.

I luckily was named one of the servers that would be inside serving our regular customers, rather than working the event.

“Phew! That probably means I’ll get out on time,” I thought to myself.

Because it seemed like I would be able to leave on time, I didn’t ask my manager on duty about leaving early. I didn’t want to seem uncommitted since she was the one that let me leave early on Monday. She also did not seem to notice that I was the only server opening because she scolded me about being idle once the other server had come in, despite the fact that I had completed all of the opening tasks on my own. Even still, I didn’t want to piss anyone off by pointing out my commitment to the job or asking to leave early.

Three o’clock rolled around. I was still without a sign that I would be allowed to leave soon. The event that the restaurant was hosting was winding down. I had two tables that were getting ready to leave. I nervously checked my watch.

Another server at the restaurant told those of us serving lunch inside to start our “side work.” Side work is restaurant terminology for the tasks you do before leaving for the day. This usually encompasses folding napkins, refilling condiments, making sure there is enough butter for the bread, etc.

“If everyone is preparing to leave, the day must almost be over right?” I thought to myself.

I was starting to get anxious about whether or not I would be allowed to leave. The server I switched shifts with came up to me and asked, “Aren’t you supposed to leave soon?” He happened to be a favorite of the managers at the restaurant.

It was probably not the best time for the newbie to ask to leave early. The management seemed serious and on edge because of the event we were hosting. Also, the general manager, who basically runs the show, was also working.

My colleague told me, “Don’t worry, I’ll talk to her.”

I sighed a breath of relief. “Thank you so much!” I said to him.

It was 3:30 p.m., the lunch manager came around the corner and asked me if I have to leave early. I said “Yes, thank you so much!”

She looked at me and told me sternly that I shouldn’t count on being able to leave early. I told her that I wasn’t making leaving a priority and had taken lunch shifts off of my availability for the future. She nodded and walked away.

That night, my agent emailed me with another modeling gig for the next day that would last the entire day. Unfortunately, I was scheduled to work lunch again.

[Read Related: Finding a Job to Support me While I Aim For My Dream]

I felt stuck between a rock and a hard place. My agent previously had problems with actors/models backing out of bookings after confirming. She told us that if we didn’t show for gigs after confirming that she would drop us from the agency. I couldn’t take a chance and confirm the gig unless I had someone covering me at work. I needed to take any modeling gigs that I got at this stage of my career. I couldn’t turn away acting and modeling work because I was on a restaurant schedule.

My modeling career was more important than a restaurant job. I wasn’t aiming to have a career in the restaurant industry.

I had to make a decision.

I needed to find someone to cover for me at the restaurant tomorrow.

The restaurant used a website to handle people calling out and switching shifts. I had two options. I can try to figure out who is not working lunch tomorrow and text everyone individually, or I can choose to “give up” my shift to anyone who is willing to take it. Feeling stressed and overwhelmed by this decision, I chose to give up my shift on the website.

A few hours later, I saw that my shift was removed from the schedule completely. I assumed this was done by management.

The next day, I found out that the modeling gig fell through.

I checked the restaurant schedule for next week that had just gone up online. I wasn’t on it.

I emailed the restaurant manager to inquire why I wasn’t on the schedule for next week.

I am letting you go as of today. It’s just not going to work out.”

Well… I wasn’t really surprised. And I didn’t blame them. They need someone committed to the job. It’s a New York City restaurant. They need to make money to survive.

On top of not getting the modeling gig and getting fired from my restaurant job, I was experiencing failure in a few other places of my life.

I was not sure what my next step was. But I felt hopeless. I felt like letting the people around me down was inevitable. I was burning bridges without even trying. It had nothing to do with my work ethic or me as a person. It had to do with my commitment to trying to make it as a model and actress.

Exploring the Highs & Lows of Medical School Through Poetry

A Response to ‘Practicing Islam in Short Shorts’

5 Tips For Observing Ramadan in the Corporate Workplace

How to Spot a Desi Fuckboy

As an American, I Decided to Move to India and Here’s What it Taught me

A Must-Read Letter to all College Freshmen

Want to Write For Brown Girl? Tips For Getting Your Content Published