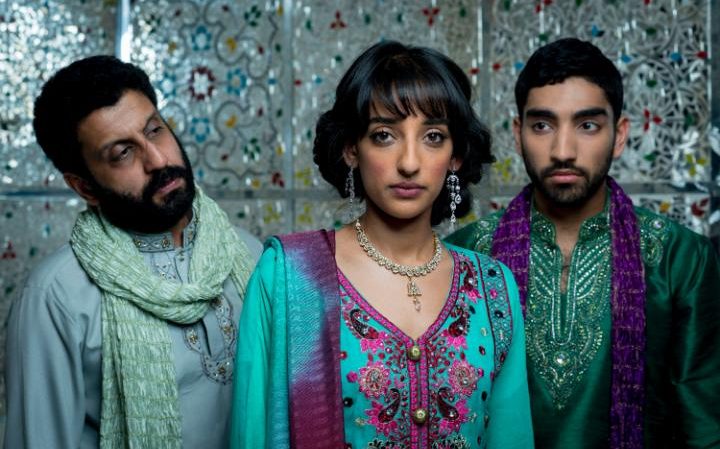 A couple weeks ago, I wanted to watch something but I didn’t know what. Then I came across this title, “Murdered by My Father,” ­ which you can probably agree triggers your curiosity.

And what a good choice I made. After viewing this BBC British movie I felt thankful for the exposure but at the same time, I cried at the end when the statistics of honor­based violence appeared on the screen.

“Murdered by My Father” introduces Shahzad (Adeel Akhtar), a widower raising his two children, teenage girl Salma (Kiran Sonia Sawar) and younger son Hasaan in Britain. Shahzad is a hard working man who wants to be able to marry off his daughter to the right guy, so she can be taken care of and settle down. This is ­what he believes is the duty of a father.

The only problem with this mapped out plan is what his daughter Salma wants, who just happens to have a love in her life in the form of an old flame, Imi (Mawaan Rizwan). Ideally, all Salma wants is to create a situation where everyone is happy.

Like a principled parent, Shahzad wants Salma to get her education before marrying his friend’s son Haroon. But she is so happy to have Imi back in her life that she starts skipping school. By putting her love before her education, Salma has no choice but to put her father’s wishes ahead of her own.

During her engagement party to Haroon, he realises that Salma’s heart belongs to another and feels he has been made a fool. This is not reflected well upon Shahzad, who feels humiliated and then punishes Salma. Salma is pushed further away from her father but in doing so, she becomes closer to her hearts desires.

The performances by the three main protagonists are superb. Recently, Kiran Sonia Sawar who portrayed Salma received an Eastern Eye Award for Best Actress in a Film – a well­deserved award, in my opinion. Her depiction of a regular teenage girl torn between her own freedom and her family traditions is heart­breaking yet touching.

Given the title and the opening sequence of the movie, you already depict an image of what the father will be like. Yet Shahzad is not a monster or even a bad person, he is just someone who is so consumed with pride and honor that it acts as a double­edged sword. Adeel Akhtar performance showed sincerity as a person but consumed with living up to society’s standards.

I was also blown away by Mawaan Rizwan’s performance. He was able to capture the heart of the audience feeling he is the guy to root for because he is a worthy candidate. He loves Salma and he would even sacrifice his own future to be with her. If you are familiar with Mawaan’s YouTube channel, you would not believe that this actor is the same person, his on-screen presence is endearing.

The title may have given the outcome away but it still manages to maintain all the ideologies that need to be addressed. Kiran spoke words of wisdom during her interview with Journals of the World saying,

“It’s amazing when you can use your heritage and culture to help educate and move forward people’s perceptions on a subject matter that’s rarely talked about.”

I guess what makes “Murdered by My Father” so different is that everyone can be seen as a victim. The father is not a bad man, he believes he is doing his best raising his children and had a lapse of judgement and saw red. The daughter was never deliberately rebellious about her freedom, she just wanted a choice in the matter.

Imi was never a bad influence – he was just caught up in the crossfires. You can even say Hassan and his family are victims – their naivety blocks their views from seeing the bigger picture and what is really important.

Though it can be said that the real monster of the story is society. People are so quick to judge others when they are not perfect themselves. Caring what others think is often a trait Asian families share. The extent of the velocity that this movie portrays may not always be the case but the issue sure causes conflict behind many doors.

I hope this type of exposure of brings more awareness of the issue of honor­based violence. For people in need, I encourage them to seek help and prevent further increase of these current statistics. 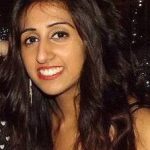 Rupinder Thandi is from Newcastle, England. She is a British-Indian who studied journalism and is a freelance writer. At heart, she is a wanderlust, film lover, and foodie. Her ideal day is reading her true bible – IMDB, while eating a cupcake, in a beautiful city park on a sunny day. Follow her on Twitter and Instagram.

5 Tidbits About Bollywood Royalty Abhishek Bachchan For His 41st Birthday!