How to Succeed as an Ethnically Ambiguous Actor 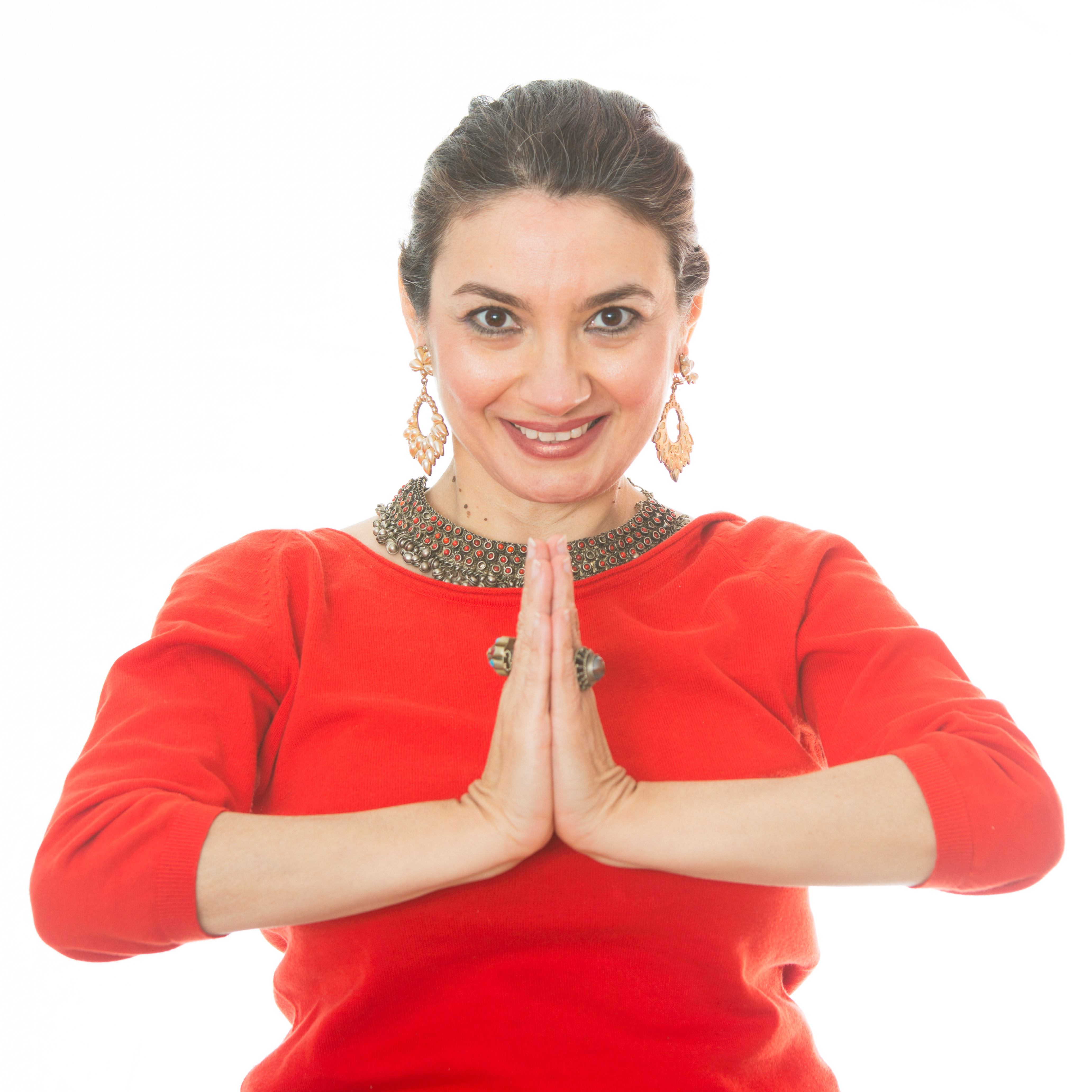 It’s something that all of us with foreign, minority, difficult-to-pronounce names deal with. “What kinda name is that?” We repeat, we apologize, we even change the pronunciation of our names to make it more palatable for people. That’s how Radhika becomes “Rah-DIH-kah” and Rahul becomes “Rah-HOOL” and Geeta is mispronounced as Greta so many times that at some point you stop fighting. And that’s just my family.

The phenomenal one-woman show, “How to Succeed as an Ethnically Ambiguous Actor,” produced by the Hypokrit Theatre Company, starring Zenobia Shroff explores racial microaggressions in showbiz and how closely success in the arts is tied to forfeiting parts of your identity when you fall in this category of “ethnically ambiguous.” The play is framed as an actor’s seminar, with Zenobia doling out wisdom from her successful career, while also flashing sideways into a life where she didn’t follow her dreams and instead stayed in India to get married and have children. The paths taken and not taken, decisions made, and the fight for equality in her workplace all push Zenobia to succeed and then question her success- this show should be required watching for all of us “ethnically ambiguous” aspiring artists.

The seminar is broken into lessons, many of which are things we naturally know. But watching the horror story play out in front of us is decidedly different. Through Zenobia’s eyes, we learn the business: actors are selling a product, but if you are brown­skinned and fall into an unidentifiable racial category, no one wants to buy. Casting agents will mangle your name beyond identification, turning “Zenobia” into “Tennessee,” and request that you wear both a bindi and a hijab, but you don’t fight because at the end of the day “the bitch needs the gig.” Working actors will have to take day jobs babysitting evil children who want them to jump off of the 12th-floor balcony and cold­calling people for corporate donations when in fact that money would be better used in their own piggy bank.

There are family pressures, the ones we all know and hate, that worry about the unconventional career path of the arts and “why can’t you just be normal?” With Zenobia playing every single one of these characters to perfection (yes, even the bratty child), the show weaves in and out of these dilemmas towards the shining light in the distance: success.

Near the end of the show, Zenobia’s character gets to taste that success. Lesson number six: sometimes you seek new paths, and sometimes the new paths find you. She books a gig and then another and then she’s on top of the world. Feeling high on herself and newfound glory, she flips the script and transforms from a meek agreeable young actress to an entitled thespian. She finds herself alone and enveloped by loneliness. Pretending is no longer just part of her day job, it has seeped into her everyday life.

As Zenobia struggles to deal with the fact that success may not mean everything, we contemplate the idea of “what if” alongside her. What if she hadn’t come to New York, what if she had given up, what if she had allowed herself to get lost in the fame. What if as two roads diverged in the wood, she hadn’t taken the road less traveled? What if this is something we all consider at every crossroad, at every turn, at every intersection?

In the end, we don’t find out the answers; we are rooted in her reality. We do find out that acting will take from you and leave you with fragments of your life. It will blur the line between your identities. But for all of the negatives, for all of the self­doubt that the career forced upon you, it is always you beneath the layers. The show contemplates the entire acting craft as much as it explores the confines that exist within the industry. It forces introspection and discussion, but also defiantly makes the point that following your heart, however, unconventional and illogical, is nothing to shy away from.

Success is the triumph over failure. “How to Succeed as an Ethnically Ambiguous Actor” harps on it not only in the context of booking gigs and creating a name for yourself but also in not giving up or losing yourself in the process.

Zenobia leaves us with one last story: When she arrived in the U.S., Zenobia lived in Connecticut and commuted into the city as needed. As all tourists and non-New Yorkers do, she wanted to see Times Square. So she took a train to Grand Central and then attempted to make her way to the tourist trap. She ended up in Harlem. She then took another train and found herself downtown on Houston St. Consumed by her failure, she debated giving up on the journey. She wanted to quit. But she resigned herself to give it one last try. And as she got off the train, this time, the bright lights of Times Square welcomed her with open arms. This is the opposite of failure, this is a success.