As Lady Saw, legendary female dancehall singer, says, “man a di least of mi problem.” However, this phrase could not be further from the reality for most women in the Caribbean culture. In dancehall music, women are seen as salacious figures of sexuality, companions for men and, ideally, as mothers and caretakers of those men.

Growing up in Guyana, dancehall music was a part of my culture. I would hear it at family parties, on the bus, in stores, and even in school. I always enjoyed the upbeat rhythms that masked the misogynistic and violent lyrics. At the time, I never considered it harmful in any way – it was the background music to my life. Without even realizing it, the lyrics of these songs were defining who I was as a girl and eventually, as a woman in the eyes of society.

Dancehall artist, Mr. Vegas, describes the ideal woman to be a “good body girl that can whine (dance).” In another song titled “Gal You Ah Lead”, dancehall artist T.O.K., sings about all of the positive traits that a girl should possess. He describes them as having class, an hourglass shape, and, as in most songs, being able to dance.

In another song titled, “She’s a Ho,” Mr. Vegas proceeds to list everything that makes a woman a “ho” in his eyes. This list includes being a woman who has one-night stands, takes another woman’s man, is “easy,” or has a negative reputation in her community.  This portrays women as being treacherous individuals who weaken men. Even the term “dancehall queen” is used to describe a woman who is seductive and uses her sexuality to attract men and in turn, weaken their masculinity.

Women are referred to in many songs as “Delilah.” This denotes their connection to the biblical figure who was known to be a temptress and for tricking Sampson into revealing the source of his strength and then using that knowledge to take that strength away from him. These songs and descriptions paint women as being duplicitous, deceitful, and sex crazed.

However, these same facts, when attributed to men, are usually seen as positive masculine traits. In addition to having many female conquests, an ideal man in Caribbean culture is aggressive and, as most dancehall songs suggest, violent when need be, often to the detriment of women. Vybz Kartel, another dancehall artist notorious for his violent lyrics, recites that “real badman neva afraid, we got bombs and guns and hand grenades.” According to this song, and many others, men should be strong and fearless, and in turn, should show no hesitation in engaging in violence in the event that their manhood is ever threatened.

This notion of hyper-masculinity promoted through dancehall music leads to the subjugation of women and reaffirmation of their roles as the weaker sex. Men are constantly reminded of their perceived roles as the stronger sex and are being told that they will lose their masculinity if they do not work to maintain their prized machismo and the rigid gender roles ingrained into Caribbean society. The rigidity of Caribbean gender roles is also evident in rampant domestic violence against women by men who are trying to bolster their masculinity.

This construction of sexual identities in dancehall music causes sexism, misogyny, and violence to be entrenched into the Caribbean culture. From the time a child begins to interact socially, they are being trained to understand their specific roles, as dictated by their gender. Boys are taught to be strong and assertive, whereas girls are being taught to be passive and open to subjugation.

Homosexuality challenges this heteronormative notion, which causes many male dancehall artists to target gay men in their lyrics. In an attempt to emasculate gay men and label them as an “other,” dancehall singers focus on their sexuality being immoral and taboo. In doing so, they attempt to isolate themselves from gay men and maintain the notion of masculinity being inherent in males. Dancehall artist T.O.K. in his song “Chi-Chi Man” blatantly attacks homosexuality on the grounds of it being dirty and immoral. He then calls for all homosexual men to be burnt and killed, with no mercy.

The essentialism that is being perpetuated in these songs is creating an impenetrable shield around Caribbean society. Coupled with the violence associated with breaking away from these norms, dancehall music has become a very toxic part of Caribbean culture.

However, hope lies in the hands of the younger generation. With awareness and education, this perception can be shifted and eventually, dismantled. So, as Alison Hinds, a female dancehall singer who subverts the traditional depiction of being a woman, proclaims, “independent and ya strong gal…go to school and get ya degree,” and most importantly, be empowered! 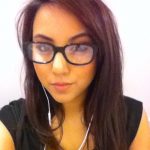 Aliyah Salim is currently a graduate student at New York University studying Global Affairs with a focus on human rights and gender studies. She moved to the United States in 2000 from Guyana and has since been drawn to mission of empowering women.

Do it for the Culture: Understanding Yoga and Hinduism Beyond the Western Lens

Therese Shechter’s “How To Lose Your Virginity”