Scrolling through my Facebook feed last week, the headline “Snipers open fire on Dallas Police during protest,” crept up on me. I kept staring at it, the bold alphabets that said BREAKING NEWS.

I continued reading while at the same time questioning what went wrong with the world. None of what was happening seemed okay. Policemen shooting at two black men, not because of a grotesque crime they committed but because of their race. This isn’t right.

And someone firing at policemen at a protest against these unjust killings isn’t right either.

The last few days have pushed me to think about race, human life, and violence in a totally different dimension. After reading excessively about the attacks which have plagued Turkey, Iraq, and Saudi Arabia, I wondered if people really cared about those dying in the Middle East as much as they did for those dying in Paris and Belgium.

Still grappling with the ensuing grief, I read about the killing of two black men, Alton Sterling and Philando Castile, by the police. These incidents reminded me of Ferguson; they reminded me of Michael Brown and Eric Garner — and the list goes on. Mostly, I was taken back to the shooting of Laquan McDonald, a man shot 16 times by a white police officer in October 2014 in Chicago, the city I reside in. I witnessed massive protests and the anguish that many black people around me were going through. They believed they weren’t equal. Not in the eyes of the police.

But, are they equal now?

The deaths of Sterling and Castile were captured on video, forcing the world to realize how real the problem is. When we see people killing other people on a screen, we can’t shy away from the incident. We all become eyewitnesses to the harrowing consequences of a prejudiced society.

[Read Related: Rising Above Anti-Blackness in the South Asian Community]

As if this wasn’t upsetting enough, we were thrown into another act of unbearable violence in Dallas during protests for Sterling and Castile’s deaths. Micah Johnson, 25, aimed and shot 12 policemen, five fatally. Brent Thompson, Patrick Zamarripa, Michael Krol, Michael Smith, and Lorne Ahrens lost their lives while the remaining seven were injured.

I am overcome by gut-wrenching emotion every time a white police officer shoots a black man. But, that does not mean I support the killing of white policemen. The value of human life doesn’t increase or diminish depending on the victim’s skin color. It should not be one versus the other. Like Trevor Noah pointed out on his Daily Show segment, it’s entirely possible to be pro-black and pro-cop at the same time and that’s all that we should be. That’s what I am: pro-human.

As a South Asian, my skin color makes me wonder about the value that my life holds. Would I receive more respect in this country if I was white? Would people give me the privilege and the prominence that comes with race? Would I also avoid admitting that whatever has been happening this past week, or even the last few years, is not a black or brown problem but an American problem?

When I first moved to the United States, I did not realize the total significance of, or how much I related to the #BlackLivesMatter movement. I would sit in class for hours-long discussions to hear several stories converge and touch upon the unfair treatment of black people in this country. Not many talked about the experiences of someone who is brown. I didn’t understand what or who I related to? My non-white friends and I would always joke about our names turning people off. We don’t have white names. Today, even that matters.

That’s why I connect more with minorities. I am a minority, and they are too. If any of us get caught in similar circumstances as Castille and Sterling, we might just get shot or be labeled terrorists. Why? Just because our skin color is not white. Similarly, not all policemen misuse their power. Shooting and killing them in the name of a few is wrong.

I quietly continue to read and understand more about the events as they unfold, hoping to give words to my feelings, my fear, and angst. Rembert Browne wrote a powerful piece for New York Magazine that openly claims how some people do not want minorities to exist. Jelani Cobb’s story in the New Yorker stresses that America’s inability to respond to mass shootings can eventually attack law enforcement.

[Read Related: We Are no Strangers to Guns]

The last year has laid bare the vulnerabilities of the American society, especially after Donald Trump and his hateful remarks reminded us that racial intolerance cultivates right inside America. Millions come here to chase their dreams but unwillingly get caught up in an identity crisis, not knowing whether this country really appreciates their presence and their hard work. Not knowing whether this is really worthy of being home.

Do you have an answer…because I don’t. 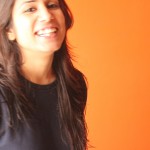 Nikita Mandhani is a writer, a traveler and a food enthusiast who deeply cares about women, culture, and social issues. She has a thing for books and loves to strike interesting conversations over a cup of coffee. She is all set to do her Master’s of Science in Journalism from the Northwestern University.